NekoMajikku 0.2 is now out and adds a world map to the game as well as new story beats covering things currently missing from vicious. 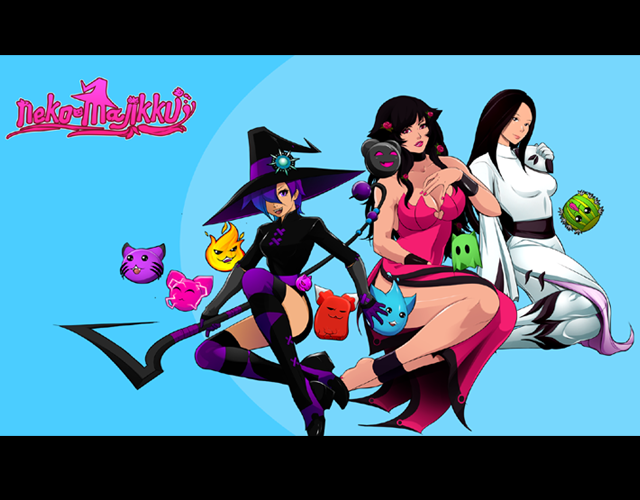 Rise from the grave and slash your way through hordes of crazed cat girls and other beasts with insanely fast paced horror action!The Pandemonium has begun causing everyone to turn into beasts devouring one another, and the only way to stop it is to prevent the birth of an unholy kitten goddess. You must fight your way through a city in chaos while solving puzzles and challenging precisely timed traps with zero forgiveness in difficulty. Are you prepared to make the ultimate sacrifice to gain your revenge?

-single player story with a straight forward narrative used to keep the momentum of the game moving, while allowing for exploration.
-Face monstrously aggressive enemies using your knifes, shurikens, scythes, claws, and other magical weapons.
-Test your timing with trap rooms that require precision timing to escape.
-Collect the souls of your fallen enemies and other artifacts to open paths.
-Find upgrades that speed up health and magic regeneration, or increase status immunities.
-Survival Horror mode, where health can only be regained by drinking the blood of your enemies.

To promote Persona Black; Vicious and grow its popularity (top games), use the embed code provided on your homepage, blog, forums and elsewhere you desire. Or try our widget.

Cubers is an exciting arena brawler and a twin stick slasher made with Unreal Engine 4 and coming to PC, PS4, Xbox One and Nintendo Switch. In the game...

Grave Prosperity is an Action/ Horror title that focuses heavily on player reflex. Take on the role of Amber Ridge, a character who is as mysterious as...

Evil is Eternal is a single player isometric hack and slash action RPG that echoes the days of 90's and early 00's ARPG's. Along the player's travels...

Hey kids, do you remember video games? It's Squid Gurl and the Salty Sea Man, rescue your fishy friends and bring justice to the universe in this free...

D. The Atom Shifter is an action RPG where you literally have the ability to customize your character at will! The human race is being annihilated and...