The catch is that his health deteriorates every time he uses his powers. As the player, you need to ensure the main character stays alive until the end of the year, when the final boss appears. You’ll also need to maintain your secret identity to prevent endangering your friends. But standing with you are individuals who are in the same predicament. I’ve always thought of the premise as “Persona but with real-time combat”. 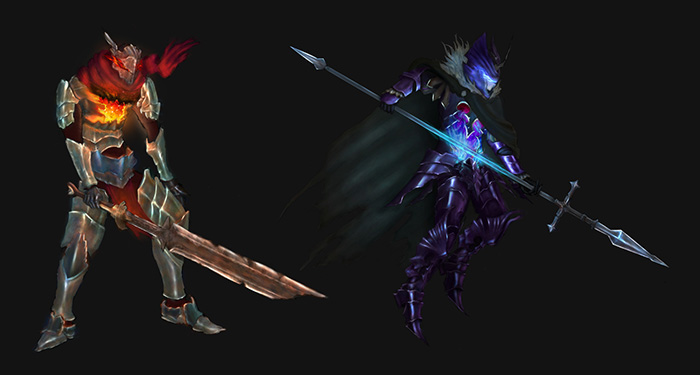 I’m doing this solo for now. While I do co-own an indie dev studio, this is a pet project of mine that I do in my free time. Part of this is trying to explain what it felt like having high-blood pressure. Part of it is a reflection on my own life.

Right now, my focus is on building up the combat part of the game, as a demo. But it will have a world map with story that plays like a life sim of sorts.

The combat is real-time action, but the world map part will play like some sort of digital board game, where you choose what activities to do per day (work on your job, hang out somewhere, do exercise, etc.).

I’m programming the game in Unity, I also do the art. 3d models are made in Blender, and textured in Substance Painter. But I try to use free (and on certain occasions, buy) assets that I get online, when it’s appropriate.

In Ghost Knight Victis, you can swap between multiple armors (I originally planned for 4 but reduced it to 2). Your powers (and all magic in the game) come as thoughtforms (thoughts made real by willpower).

The idea with the armor swapping is like Dante's Styles in Devil May Cry 3. They change your play style so you can adapt to the situation.

Similar to the Emotional Spectrum powers in DC Comics (i.e. Green Lantern), this one is based on sadness. Its name is Desparo. 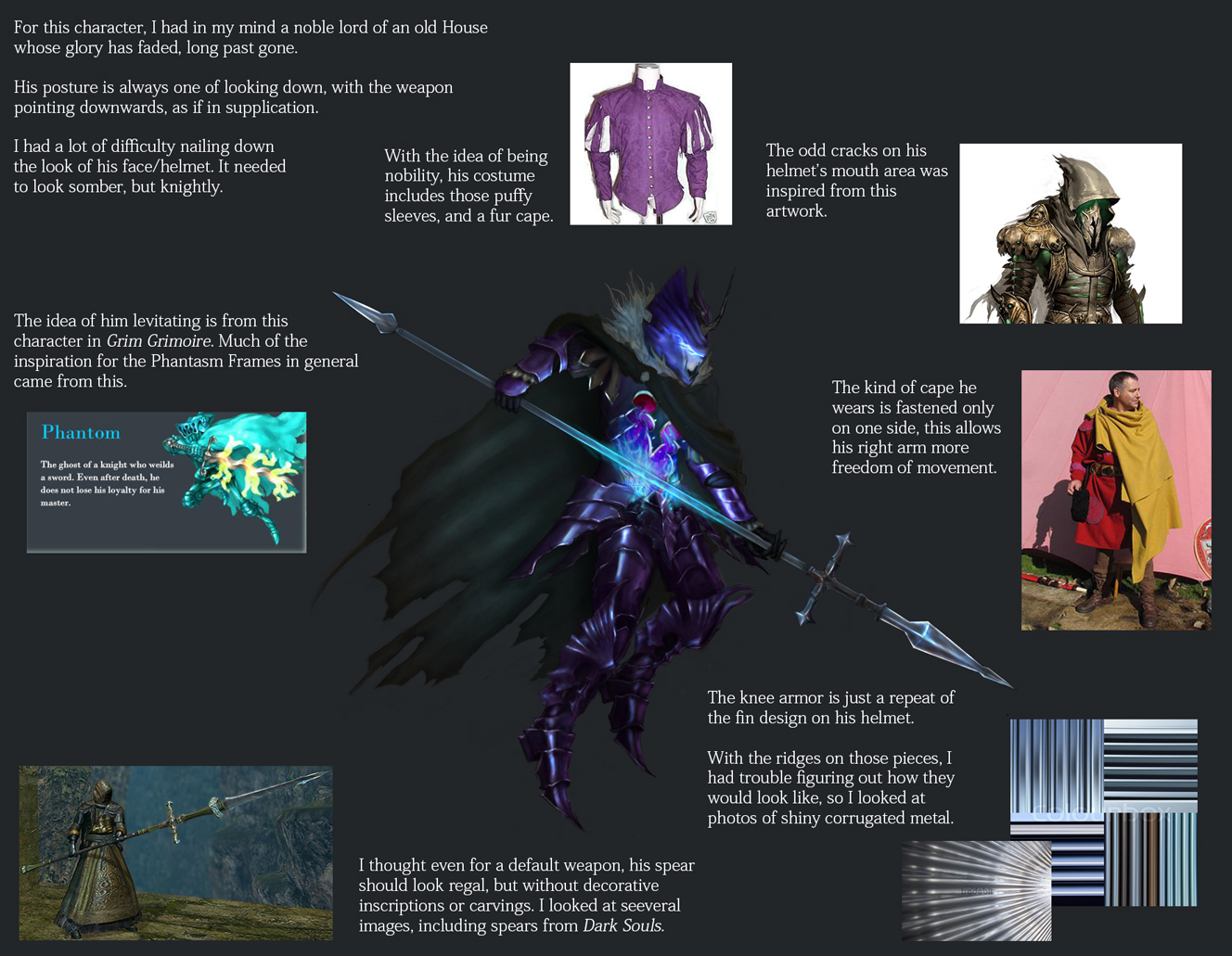 In combat, Desparo’s role is mainly defensive. He employs hit-and-run tactics, counterattacks, attacks that push the enemy away, and is mainly useful for one-on-one combat. 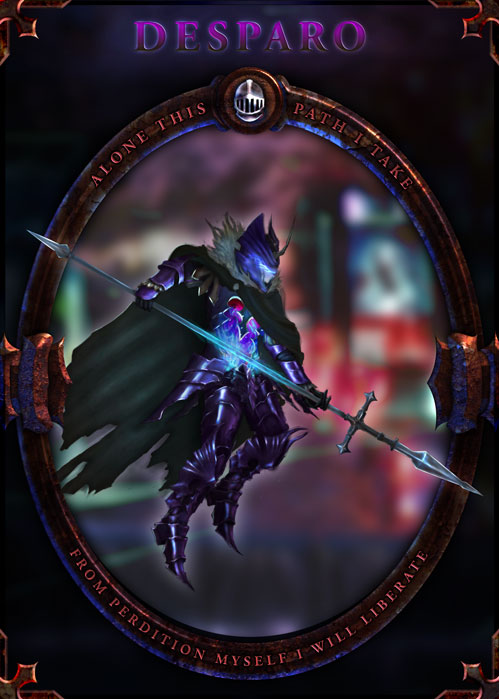 His battle cry, “Alone this path I take, from perdition myself I will liberate” hints at how ridiculously impossible his goals are.

“Perdition” means a state of eternal damnation from which there is no escape, but Desparo is the embodiment of the idea that you can free yourself from that.

This armor is based on rage.

I actually think his name is too long, so I’m open to any suggestions for a better name.

From the start, I had in my mind a character that was about raw power. Lacking finesse and grace in posture and movement, but having overwhelming strength that makes up for it.

He’s the offensive part of the main character, and favors charging in battle, hitting multiple enemies at once, and keeping the DPS as high as possible. 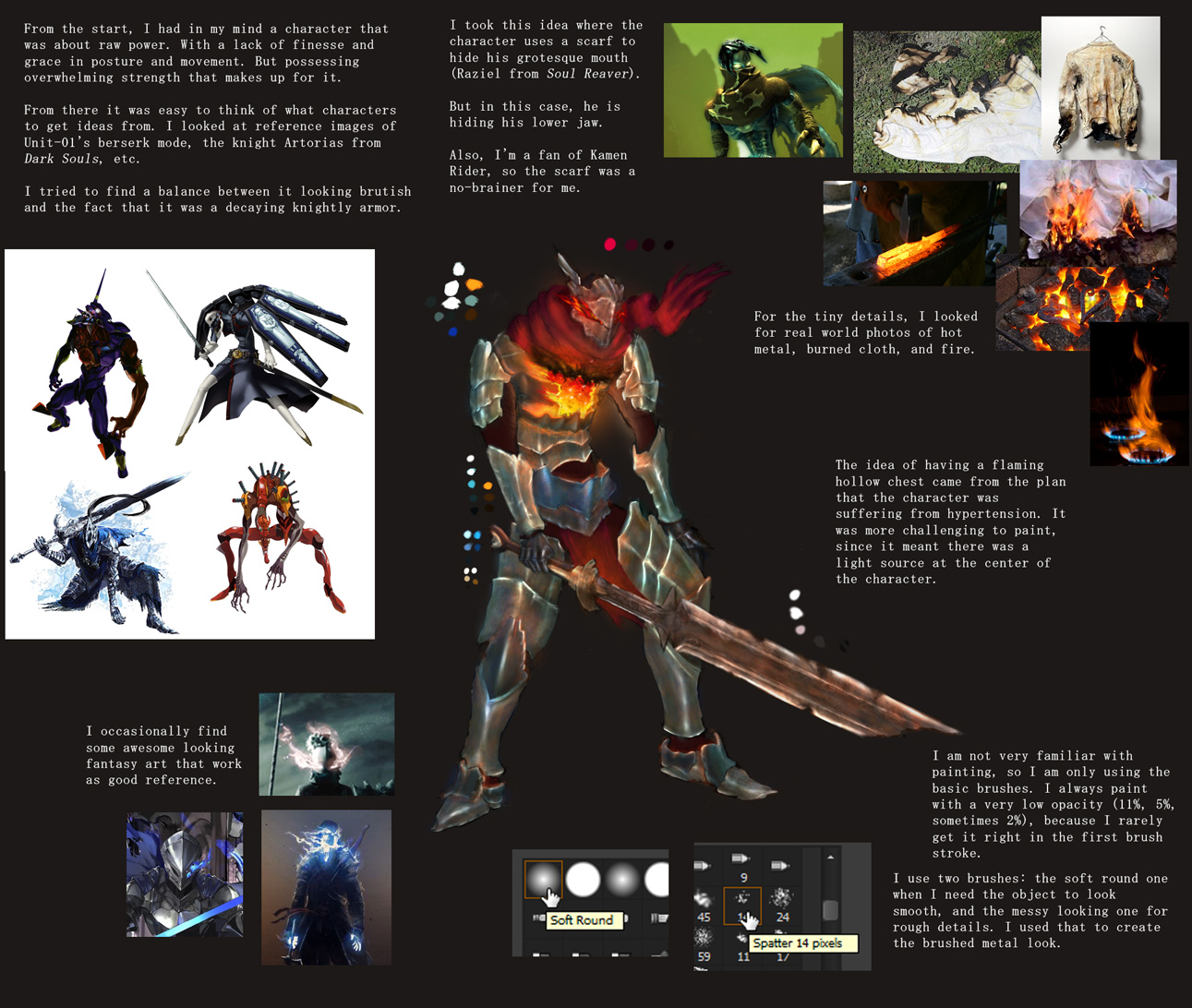 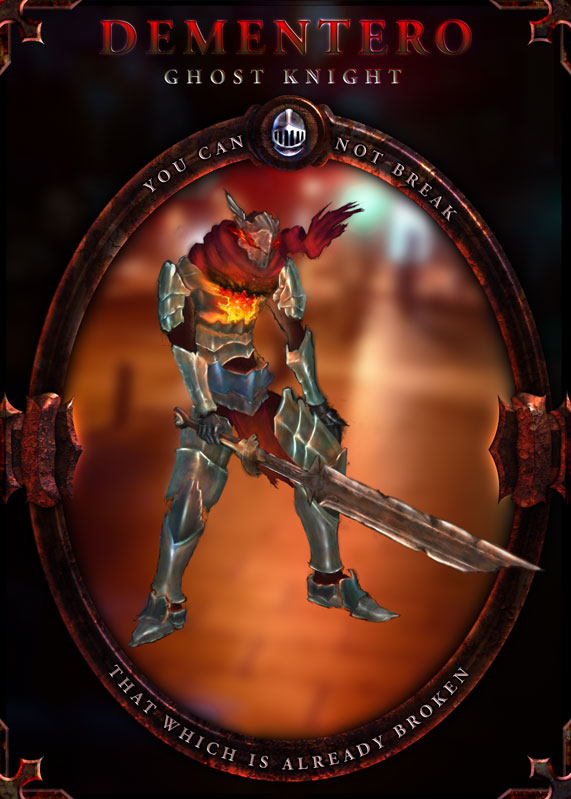 Here's a few more of my art before I go back to posting progress on the game.

Design of the Wooden Mannequin Enemy

Showing the process I did for creating the first enemy I made for the game: the Wooden Mannequin.

Demo Day 16 build adds the Warhammer weapon, and parry ability for the Rapier. This is the Mac version.

Demo Day 16 build adds the Warhammer weapon, and parry ability for the Rapier. This is the Linux version.

Demo Day 16 build adds the Warhammer weapon, and parry ability for the Rapier. This is the Windows version (64-bit).