Project AXSX is a Sonic X-treme re-creation project started in 2006. What is Sonic X-treme ? Sonic X-treme was a cancelled platform video game in the Sonic the Hedgehog series. Early versions were considered for several systems until ending up as being developed by Sega for the Sega Saturn, with the intended release being around Christmas of 1996. We are not re-making X-treme as a carbon copy of what once was, but of how it could have possibly been like if it were finished. 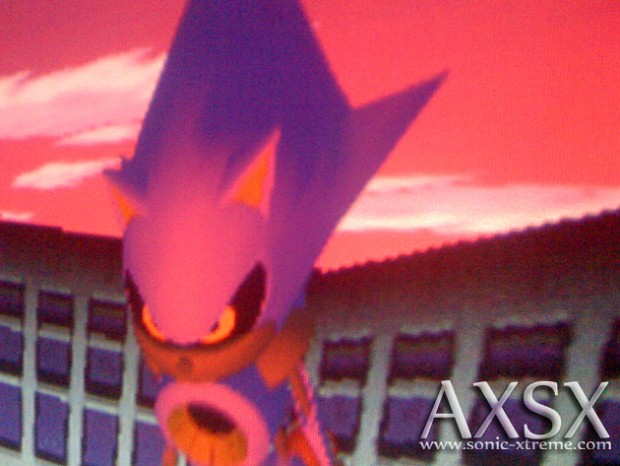 This screen of our Metal Sonic Boss kind of looks cool because it was taken off a projector which kind of made the colors bleed a bit.