Project Aron is a first-person fighting game which employs a tactical use of elemental magic in a competitive multiplayer environment. Movement becomes a essential part of this gameplay, and the environments are encompassed by the concept of truly free movement and maneuvrability.

Fighting is a visceral blend of swords and grappling where the final blows ends in gruesome executions. Magic is performed by using ones internal energy to reshape the elements of the world, for movement, defensive, offensive or supportive purposes.

We're always looking for talented people in all positions. If you're interested in joining us, mail your application to zombiraptor@gmail.com, together with a short description of your previous work, and a work sample or portfolio.

Be sure to mention name and which position you're applying for in the subject. You may also mail this address for any questions or to request our Vision Statement.

Our topic in the UDK forums
Our YouTube channel

Today's topics:
01. Character model and concept
02. Closed testing
03. Team members and recruitment update
04. Soon in a future near you

01. Character model and concept
There's been some progress on the first playable character model, with the concepts and initial brush work for it. We have also created concepts for the style of our third faction, which you can see a concept of a male and female below. 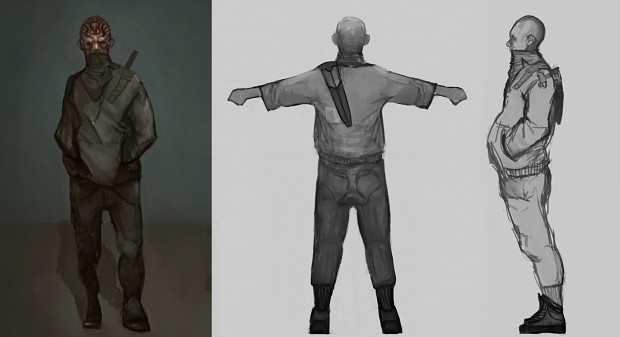 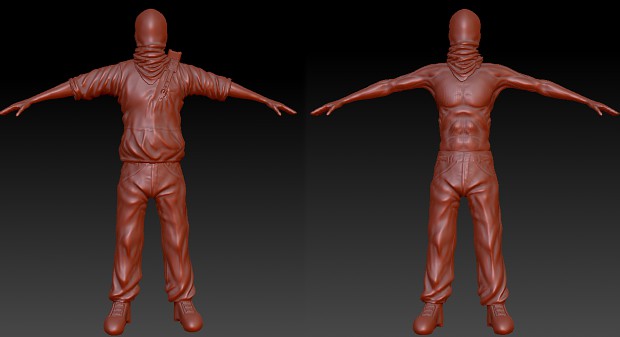 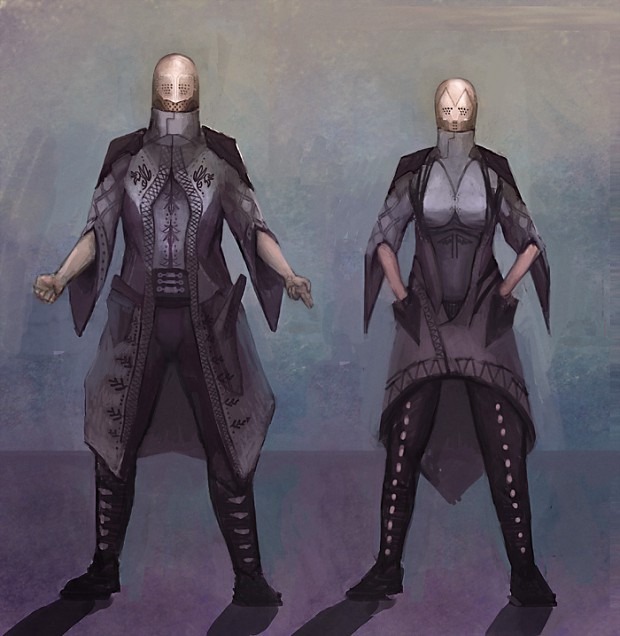 02. Closed testing
For Project Aron we've decided to throw away all of the original movement and physic handeling from the default UDK, and reworked everything from the ground up.The first closed testing build has been sent out to our followers, and the initial feedback seems really positive!

These were the implemented features of that build:

If you've recieved a invitation to the closed testing, but haven't yet tried it or filled out our survey, please take a moment of your time to try it out and give us some feedback. The more you tell us, the better we'll be able to tweak the game to perfection.

Below you can see a comparision video of the physics from UDK and Aron, aswell as a speedrun of the closed testing level. Please note, everything you see in these videos are placeholder art and shouldn't be considered part of our final style or quality.


If you want to participate in our closed testing, be sure to track the game and follow us here on Moddb/Indiedb.

03. Team members and recruitment update
We've had some restructuring in the team, with some members leaving us for other ventures, and some people having to ramp down their activity on the team. This have had a positive effect as we're able to predict more clearly what we'll be able to create for each milestone.

The drawback is that the scope for our first release have been scaled down to only feature player movement and the time trial mode. We'll continue working to implement the melee and spell combat after that.

We're still mainly looking for additional coders, animators and a environment concept artist. Of course we're still open for all applications, so if you're interested in joining us write an application to: zombiraptor@gmail.com

Every application should have a short description of your previous experience, and come with a sample of your work or portfolio.

04. Soon in a future near you
As mentioned previously, we'll have to scale down our initial release to be a time trial only version of the game, but with that goal we hope to present a open testing build sometime around June/July.

Here's a list of some of the upcoming features that we hope to implement before June:

We also hope to have a story animatic ready for your viewing pleasure by then, featuring voice work from the ever so talented Ricky Grove, and a original theme by Ryan Olson.

We go through our motion capture shoot, with video material and a written post mortem. We also introduce our new team members and show our first head...

Now open for all positions!

We now have a YouTube channel, and recruitment has been opened for all positions! Oh, and curving fireballs!

Nice concept, Is this game still in development

Sorry for the late reply. Unfortunately almost all the team members got work in the game industry and were unable to continue on the project, do it have been on ice since the middle of 2011.

This was our final video from the closed testing:


I hope to either bring it back one day, or implement the movement mechanics into another project, but it will be a while before that might be possible. Thanks for your interest and taking the time to comment on such an old project :)

Sorry to here that man

Any news on progress? Was really interested in this game.

It warms me to hear that, but unfortunatly the game is currently on ice, and will most likely be so for quite a while longer. I plan on picking it up again when it becomes possible to do so. We'll probably switch over to using Unity then since we are reworking the entire player movement, and the issues that causes with networking in UDK.

Does the "Quake style" movement cause networking issues with UDK? I'm looking to start a small project that *requires* Quake-like air control, so if UDK is a dead-end, I'd really like to know. Thanks :)

Could you possibly release your code so far so others can have a play with it?

We were planning on releasing tutorials on how the code was created and how to do something similar once the project would finish.

Hey not to beat a dead horse, but I was wondering if there was an update on this... Thanks :)

Unfortunately there's no updates of this at the moment. You could try contacting our lead programmer if you have any questions regarding the project. You can find his contact information on this page:
Toxicfork.com