DINOSAURS ARE BACK ! Resurrected from extinction on a remote island, dinosaurs have now escaped to wreak havoc! An elite mercenary team is dropped in to remove the threat, but these big ugly lizards won't go down without a fight. The stage is set for the ultimate showdown... Will you eliminate the humans intruding on your territory, or make these bloodthirsty beasts extinct for the second time?BIGGER. BETTER. MORE TEETH. Primal Carnage: Extinction reinvigorates the successful formula of the original game with more dinos, new game modes & extra maps! Experience improved graphics, overhauled mechanics, reimagined levels and better customization that lets you play your own way!ROAR POWER! Unleash your inner dinosaur! Take control of the deadliest predators in all of prehistory, with 10 distinct dinosaur classes to play as. Choose from sneaky Spitters to towering Tyrants, all ruthless and very hungry. Let loose your Roar Power, granting unique buffs like sending teammates into rage m 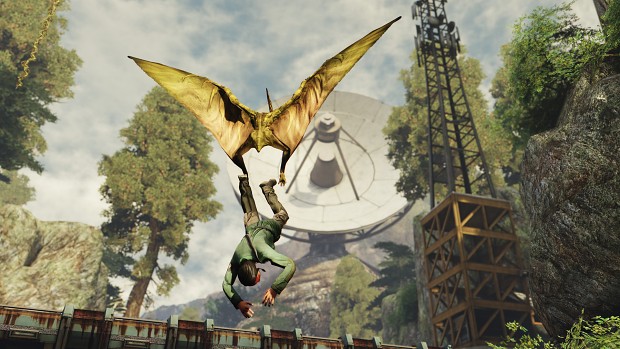