In this Update I show the magic system in action and some other minor improvements. 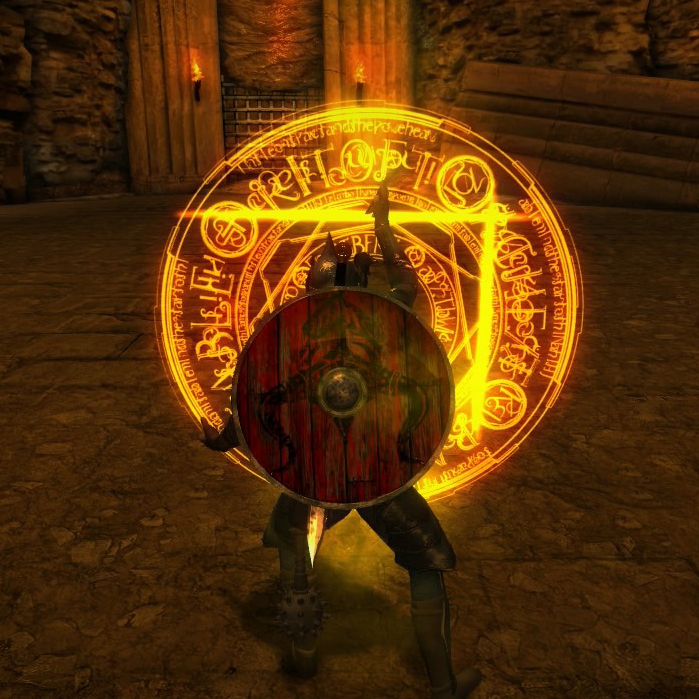 The 3rd update is here and it’s all about Magic!

I’ve spent too much time trying to find a convenient way to integrate the magic combat system with the melee one, my goal was to give the player the ability to use both of magic spells and melee weapons and seamlessly switch between them.

The main problem is that the character wont be able to move during the process of entering the magic state because it will be playing the ritual animation and this will leave player exposed to all sorts of enemy attacks so to tackle that issue I've tried several ideas:

1) Reduce the entering process time by speeding up the ritual animation, didn't help that much as the player still exposed to enemies.

3) Do some extra animation work and blend the ritual animation with navigation ones to allow the player to move freely during the entering process. by combining all of these ideas I got pretty satisfying result.

More info about the magic system will be revealed in future updates!

That was all for this update, hope you like it and stay tuned.

This looks really promising. I greatly appreciate how much attention goes to the combat system as a whole.

Thank you! actually this project is all about combat and puzzles, I'm glad you like it!

Well good luck, your work definitely shows potential. Plus I like that your work shows the visual quality you can get with the Unity engine. Many people think the engine isn't capable of producing good looking graphics.

You are right, with a bit of extra effort unity can produce stunning graphics and I'm sure that I can improve the current visuals when unity 5 comes out!

I hope that unity repairs GUI :D there is still lot of problems...

Scrap ritual animation thing. Make it just have that symbol come out but the guy doesn't do the animation. So it doesn't slow down combat as you sayd there.

I think that I got rid of the slowing down issue by speeding up the ritual animation and blending it with the navigation ones as the player is still able to move freely.

By the Nine Divines! All old fashion Oblivion is BACK! I totally gonna play this!

those area some good quality animations right there; you can almost always "feel" that legs are touching and connecting with the ground instead of skiing like in other bigger games. and also nice transitions!

this stirred some gothic 2 memories.. always nice remembering that game :)

Thank you, I'm a big fan of Gothic series :D and I've been always fascinated by its atmosphere so it's really cool that Primaeval brings some Gothic memories to you!

I love that seal it reminds me Naruto seals :)

Thank you! actually I watch a lot of anime and when it comes to magic anime is really a great source for new ideas, animations and skills :)

It's not open world so I think that makes it more like DS.