Post news RSS Version 0.5.1 - The most stable version yet

I applied tons of bug fixes and improvements through the whole system and the experience should be much more fluid now. 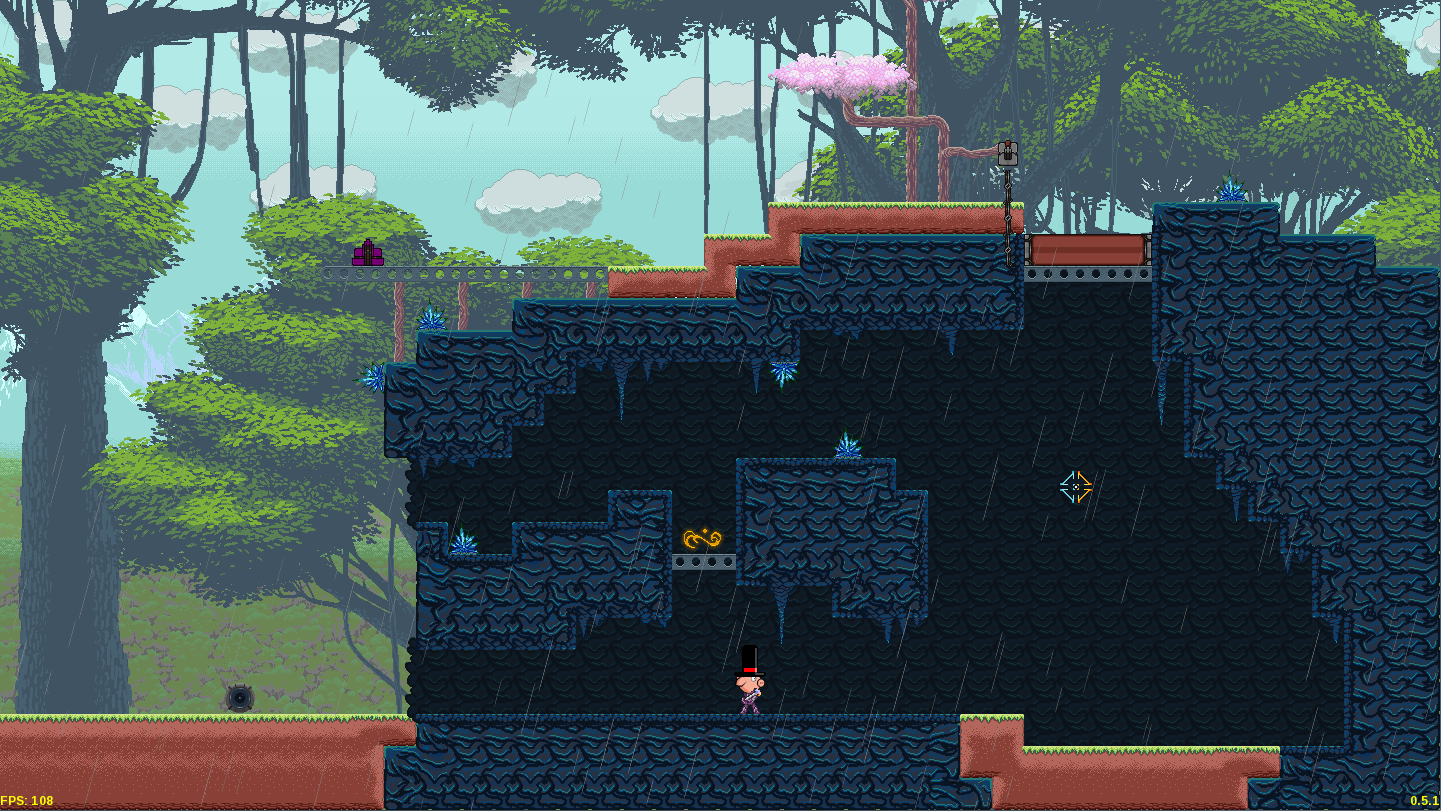 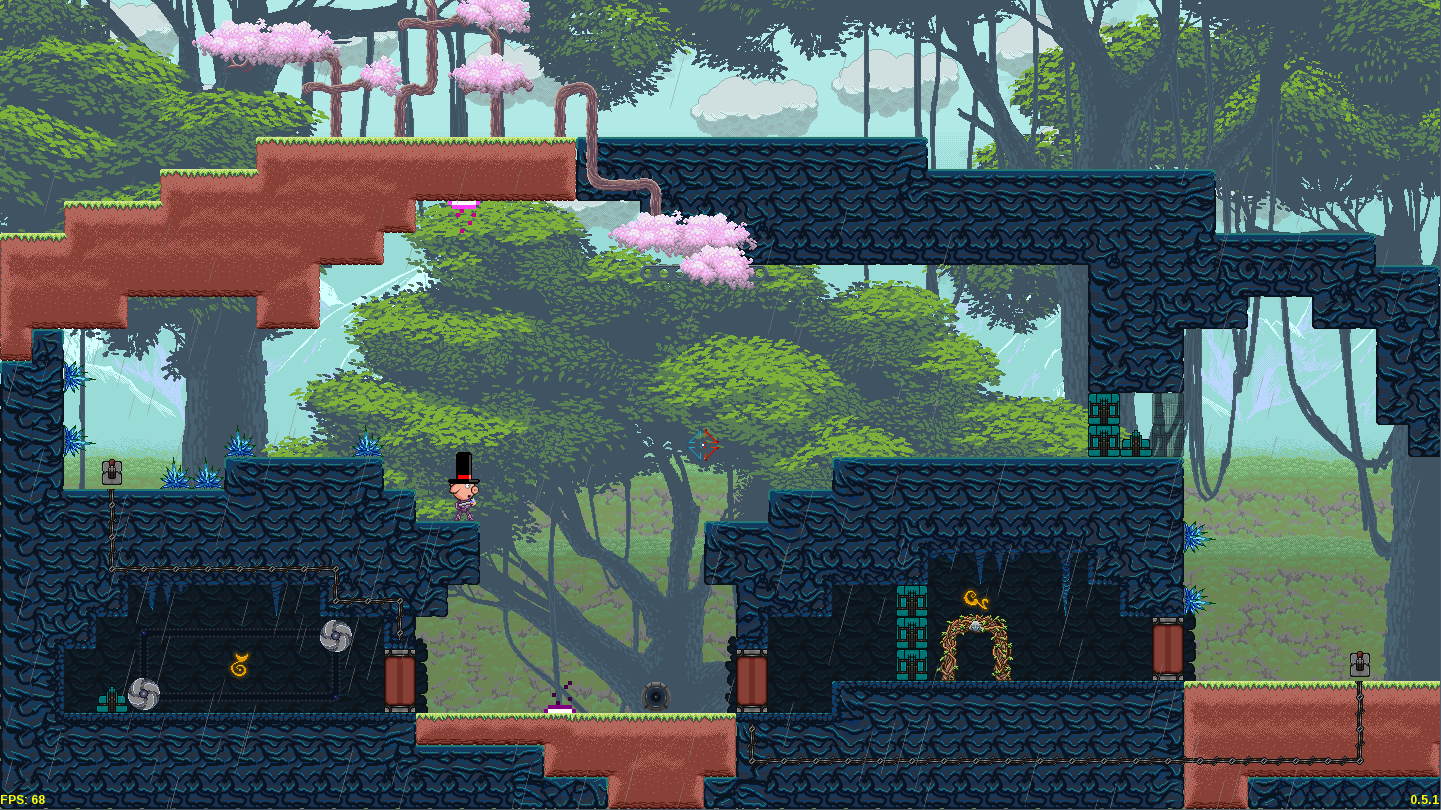 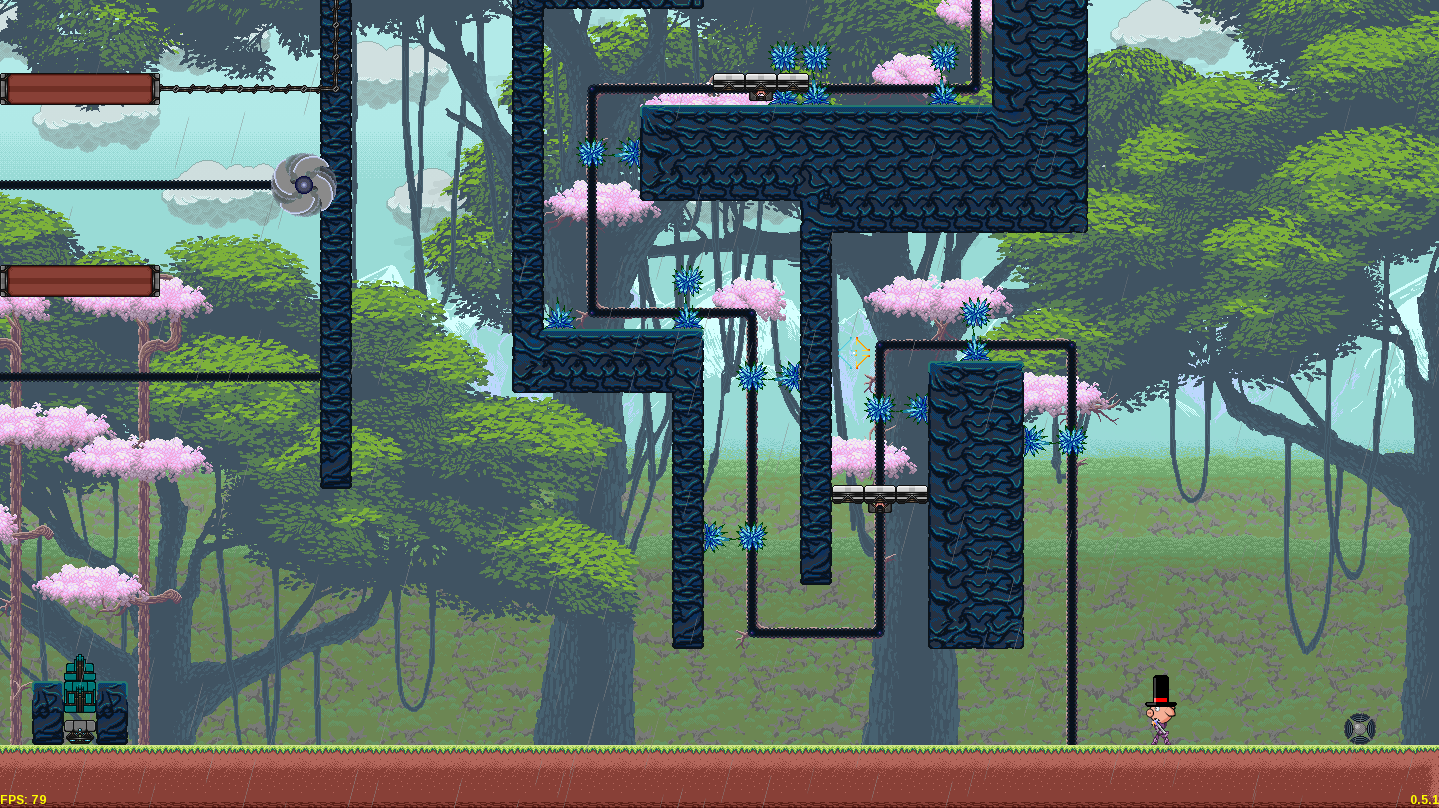 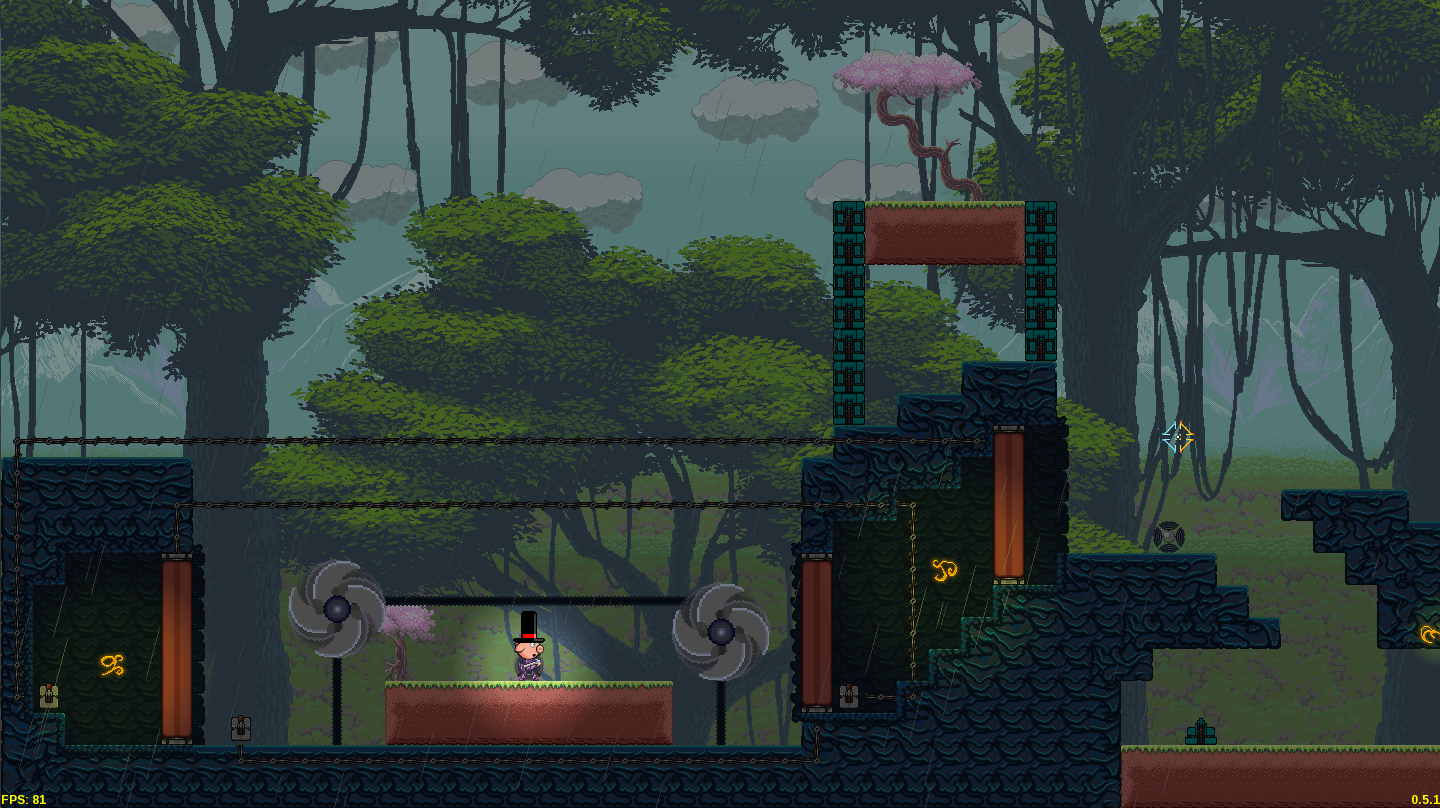 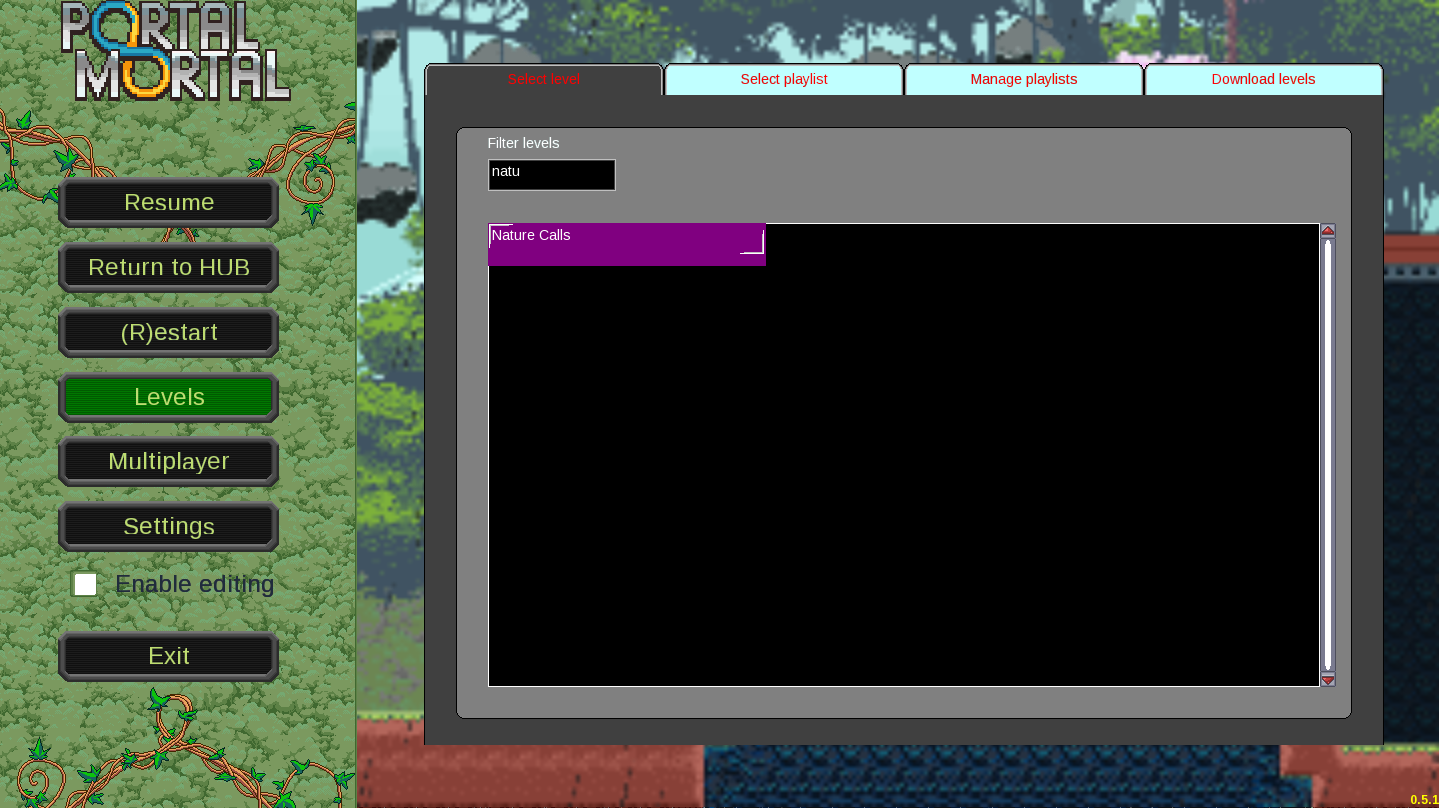 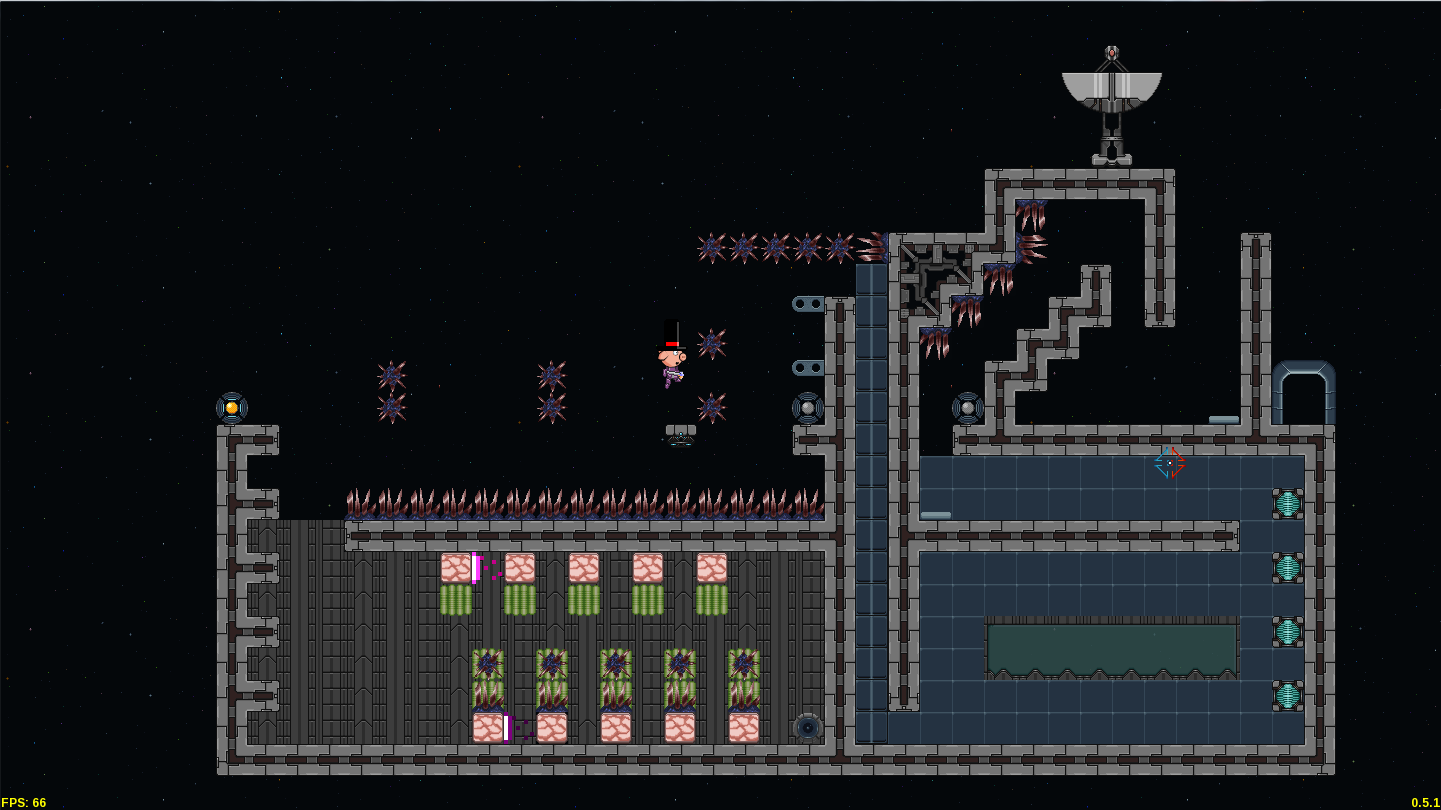 Nature-theme is building up nicely! I really like how it's turning out sprite by sprite and can't wait to receive more! Pixel artist has done great job so far and I hope that she'll stick with this project till the end.

I've already drawn few lines while planning the next version and it's mostly the same: More improvements and adding final touches to gamepad support. I've also planned to slightly improve level downloading; When you upload a level, server will generate a small string which you can share with others players and with that exact string they can download your level with ease! Currently there's no rush with the said system as there's less than 40 custom levels, from which at least half being broken or just re-uploaded from core levels.

Starting from the beginning of next year, I'll launch small advertising campaign in few websites. After it has ran week or few, I'll try to get in contact with possible game publishers. If publisher, or someone knowing promising contacts, happens to read this message, feel free to contact me!