PlayStation VR Worlds Might Be More Than Just A Minigames Collection

The PlayStation Blog has been updated with a deep dive into the upcoming PlayStation VR Worlds – a PlayStation VR launch title from Sony’s London Studio that acts as a collection of minigames designed to show off the VR hardware. However, it sounds like more than just a collection of minigames as we first thought: competitive leaderboards and challenges seek to bring replay value, while some of the included games will have story layers and mysteries running throughout. 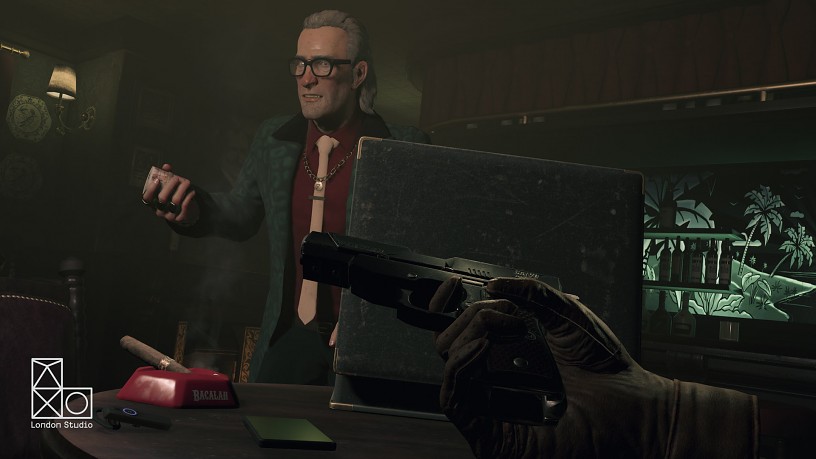 It’s also a set of games designed to appeal to non-gamers, too. Simon Hermitage, lead designer on the game, talks about how the first-person shooter London Heist has been expanded to accommodate all range of players:

“...We also added a mode for you to show to people who are less familiar with traditional gaming. It adds laser sights to the guns to help with aiming and reduces enemy damage. With this mode enabled, you can experience The London Heist as more of an interactive story and still get to the dramatic finale.” 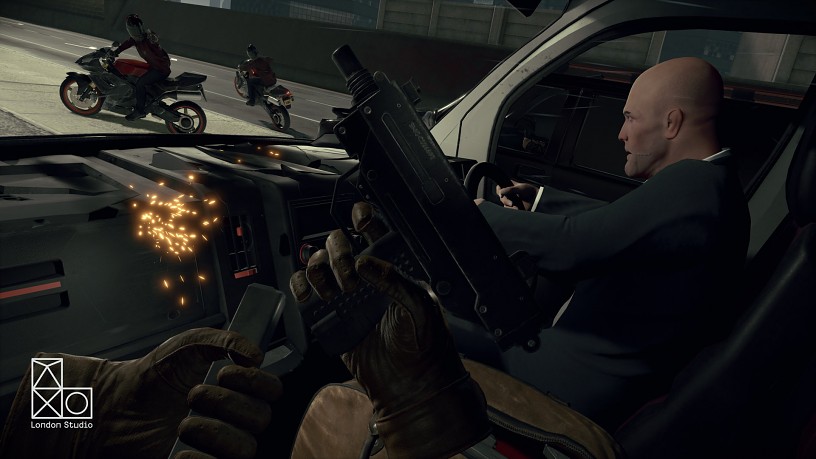 In related news, PlayStation VR Worlds was recently classified by the ESRB as M for Mature. It contains Blood, Strong Language, Use of Tobacco, and Violence. The Ratings Summary contains some juicy info about the collection of games themselves:

“This is a collection of action games in which players can immerse themselves in a variety of virtual reality worlds. Two of the five games involve first-person shooter combat. Players use pistols, machine guns, and futuristic firearms to shoot human enemies and aliens.

In one sequence, players shoot attacking motorcycle thugs from a moving car; in another sequence, players choose to shoot one of two unarmed villains in the head. During the course of the game, players can interact with a cigar on a table; players' character can handle the cigar and smoke it for the entire duration of the scene. The word “f**k” is heard in the dialogue.” 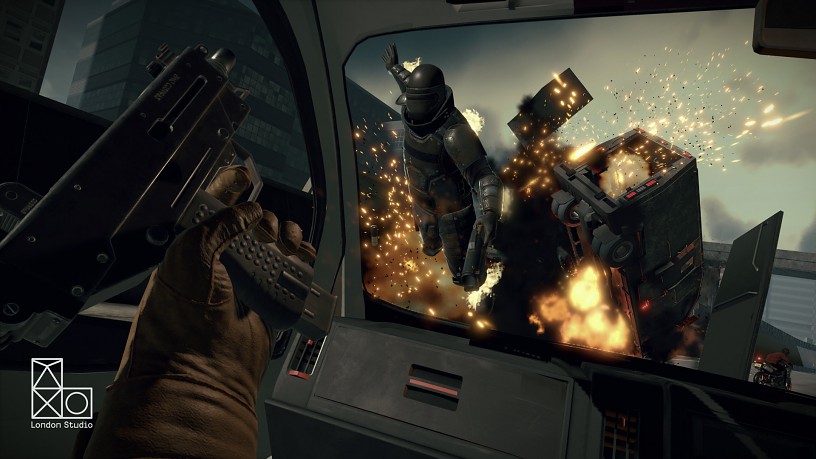 UploadVR says that these difficulty settings could see PlayStation VR Worlds essentially becoming the “Wii Sports” for PlayStation VR – a game that you can show to family and friends who might not necessarily be familiar with games in general, but that they can still have a good time with. However, we wonder whether the game’s mature rating, violence, and coarse language would actually prevent such widespread interest, compared to Wii Sports’ own tame and family-friendly presentation. 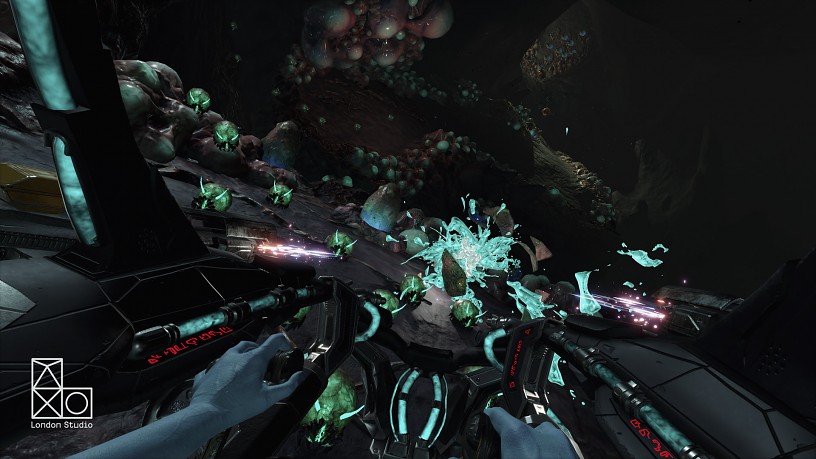 This is what a PlayStation VR game will look like on the shelf.