Pirates vs Pirates 3D tower defense like game. The player controls the first mate in a pirate ship on a quest for gold. Fire cannons at incoming ships, while boarding enemies attempt to stop your ship. Slash through the enemies and protect the Captain by all means!

Pirates VS Pirates was developed by Short Fuse, a student Final Project group at Full Sail University. The team consists of 5 programmers, 6 artists, and 1 internal producer. The project consisted of 5, one month sprints using a full scrum development cycle. All assets and engine were created from scratch. Rendering was implemented using OpenGL with glut. 3D sound system was implemented using Fmod ex.

Cheats:Numpad 1-9 skips through the level and Gold Collection Progress.
Numpad + or Spacebar doubles the speed of the game.(Warning: Cheats are for testing purposes, might break game functions)

How To Win:Keep your mast repaired to reach the treasure cave.Once in the cave protect your captain until he has collected all the gold. Then Set Sail!
How To Lose:If Captain health reaches 0 the game will end.

BUGS:If bomber is killed right before he dies game might crash ( Very tough to recreate )
If you discover any other bugs or crashes, please let us know what happened and the specs of your machine. We'll try to fix any issues we can. Thanks in advance!

This was a five month project, from design and concept to end.

Sail on over to Tim Rurkowski's web page to find this musical treasure and claim it for yourself!

Tim Rurkowski is the talented composer of the songs heard in Pirates vs Pirates.

"As an intern at Full Sail University in the Game Audio program, I was asked if I could create original music. To say I "enjoy" creating music for games is an understatement, so I began working with the team to build a few songs that fit with the gameplay."

Sorry about the mix up... forgot to tick the Vista box, must be my prejudice, hehe.

Pirates vs Pirates is now available for download! Developed by: Short Fuse ;From The Ashes Studios. GP Games

Pirates vs Pirates3D tower defense like game. The player controls the first mate in a pirate ship on a quest for gold. Fire cannons at incoming ships...

such an awesome game, and the art is fantastic. Congrats guys good work!

Hi we are currently waiting on authorization of our new installer from indiedb. In the mean time you can download it at my personal website. HireJasonGriffith.com/6401.html

Doing music and sfx for this game was really fun! congrats on such a good game!

Article over at Structure Gaming:

Thanks for the article!

This game is awesome

Of Course It Is 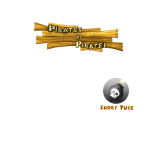 Tags
Embed Buttons
Link to Pirates vs Pirates by selecting a button and using the embed code provided more...