Pirates of the Polygon Sea

Pirates of the Polygon Sea is a high-seas adventure where you play as a swashbuckler vying for control of the Mythic Isles. You will build a bustling port town, trade with neighboring islands, hunt for lost treasure, and if you dare, plunder merchant ships as a pirate. As your reputation grows, so too will your wealth and influence; with some daring and skill you may even rise to become lord of the high seas. Be sure to keep your cannons loaded and your cutlasses sharpened, however, for rumors speak of dark shapes spotted lurking beneath the waves...

Announcing: Pirates of the Polygon Sea 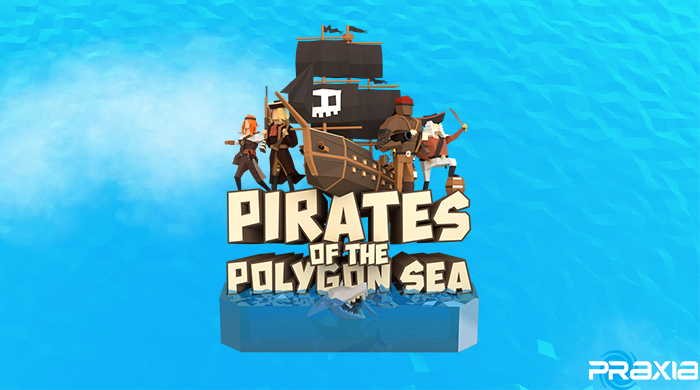 Pirates of the Polygon Sea is a fusion of the action-strategy gameplay of Beyond Sol with the seafaring pirate genre which produces a unique game experience. As a swashbuckler, you fight to take control of the Lost Islands by building a bustling port town, trading with neighboring islands, hunting for lost treasure, and plundering merchants as a pirate.

We want to spice up sailing on the high seas by providing you with a variety of cool activities that support a sense of exploration. You’ll need to explore the world and map out many of the key points of interest such as port towns, islands rich in resources, pirate hideouts, and even the lairs of dangerous sea creatures.

Dynamic weather will generate massive waves and storms that are treacherous to navigate. Rock hazards will slice through your hull, lightning will set ships on fire, giant whirlpools will suck entire ships down into the depths. You must learn to avoid these obstacles and keep your crew alive for combat. 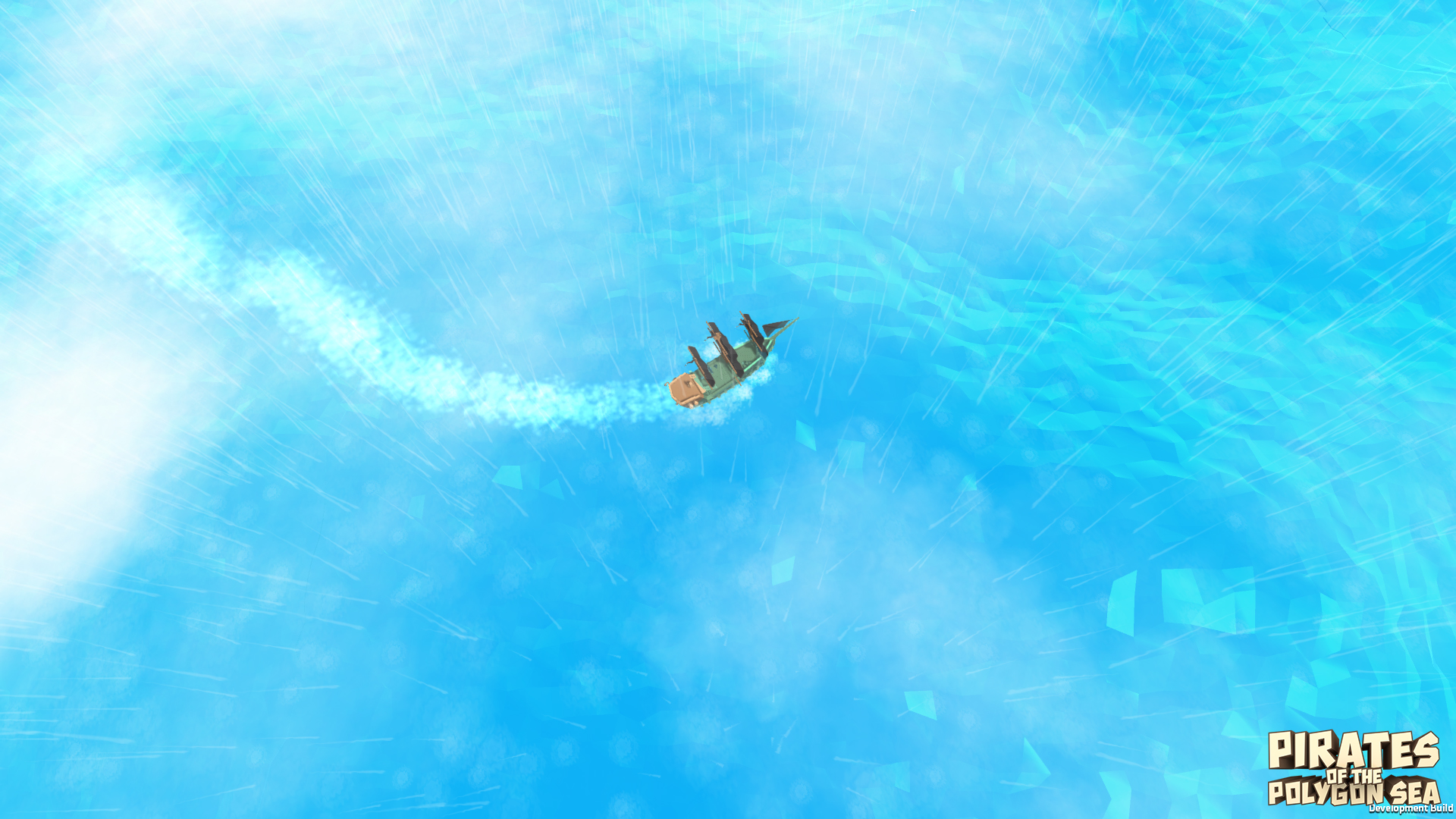 The world’s economy will be driven by a dynamic resource system. Towns will produce and consume resources and follow sophisticated supply and demand patterns. Players and merchants will be able to turn a hefty profit trading from port to port.

Set in a fantastical world where sea monsters and magic are commonplace, you will find many creatures above and below the surface that can pose a threat or lead to strategic benefits. Defeat the slumbering Kraken to give you the power to summon this mighty beast upon your enemies. Collect powerful spells that can boost your economy or summon a fleet of ghost ships to aid you in combat.

All the town building, strategy, and diplomacy of Beyond Sol will be used in Pirates of the Polygon Sea. You will build and expand your town with a variety of buildings to bolster your economy, produce ships, and manage your fleet. The town will also allow you to upgrade and customize your own ship and unlock powerful spells.

You will compete against other swashbucklers for control of the Lost Islands by leveraging the economy of your town, commanding a mighty fleet, and using cunning diplomacy to secure your victory. Your actions and interactions with the other factions will affect their opinion of you – good relations can lead to trade treaties and alliances while hostile actions may result in war. 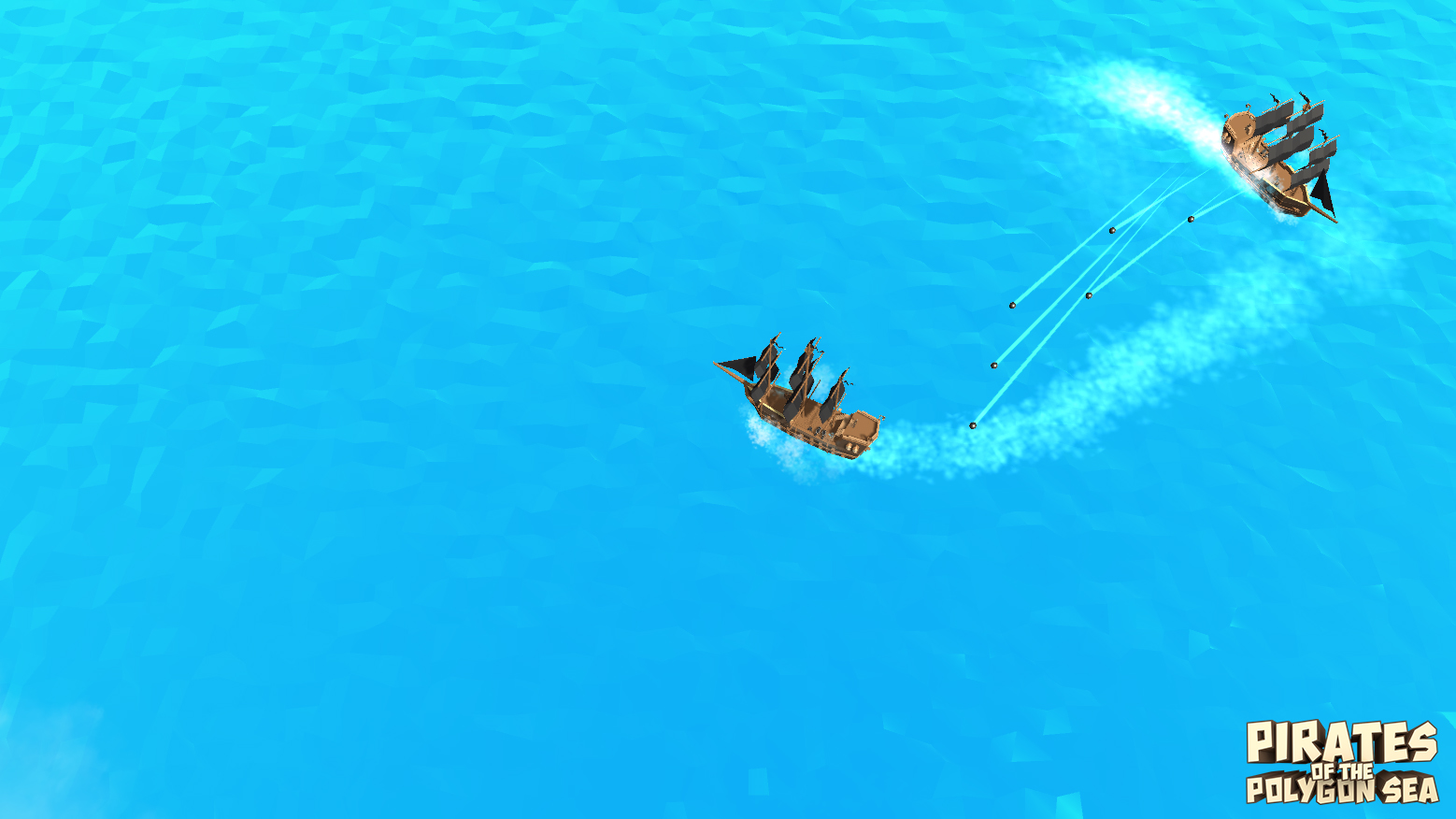 Pirates of the Polygon Sea will launch on the PC platform and will support both single-player and multi-player.

We have a strong pre-alpha version of the game that is stable with most of the core systems are implemented. We have the multi-player in place (lots of bugs but functional) and are working with Alex Pushilin who is producing the game art in his beautiful low-poly art style. The game’s development is moving along fast but we are missing a key ingredient to the process: your feedback.

Your participation in Beyond Sol’s development was critical in making it an awesome gameplay experience. To do even better with Pirates of the Polygon Sea, we want to get you involved earlier in the process so we are launching a Kickstarter campaign on May 2nd 2016. In the campaign we will have a video explaining our vision, more details about the game, and some really cool pledge rewards to offer.

When is it gonna release???

Indie
Twitter
Tags
Embed Buttons
Link to Pirates of the Polygon Sea by selecting a button and using the embed code provided more...