With the release year officially started for Pine, we can definitely feel the pressure building up, but also excitement to give the game to everyone. We’re building a world full of interesting areas and stories to explore. We are building the main quest into the game (which means story) and continue our work on improved combat. Here are some highlights of January, of which one is a reveal we can finally share!

A while back we shared a teaser preview of something bigger to come – we are glad to say that we’ve been working to update Hue!

There are a few core reasons: 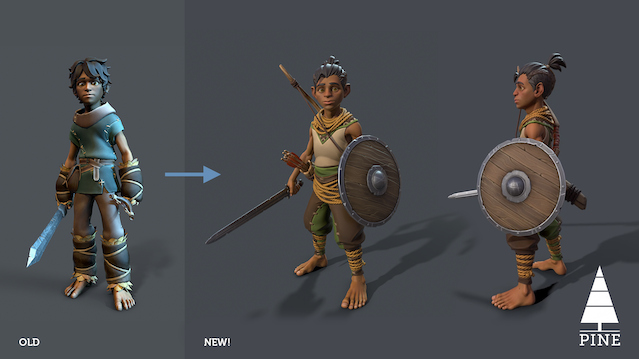 This was no quick decision, obviously. The Humans underwent a lot of iteration and research. We wanted Hue to be found somewhere on the spectrum of Humans of now and Humans of old, to highlight the different evolutionary approach on Albamare. 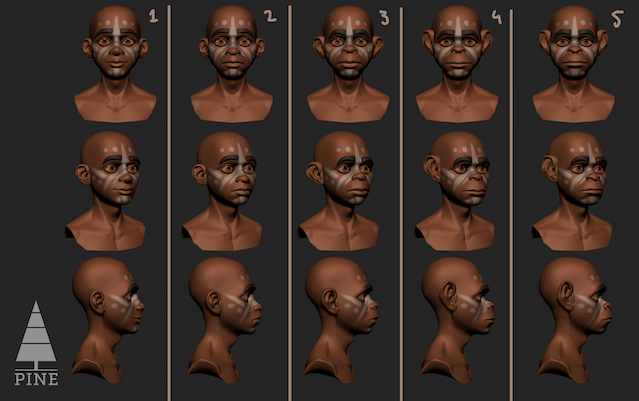 The new Hue is something that will need getting used to, just like we had to for a few weeks – but we think there’s much more character, depth and uniqueness to the new Hue.

The other Humans are being developed more too

Alongside Hue, we did work on the other members of the tribe. Their clothing, culture and bone structure/physique was important to get right for the starting base of the story. Here are two examples: 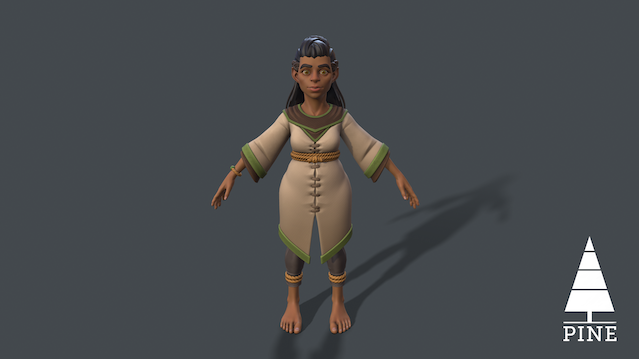 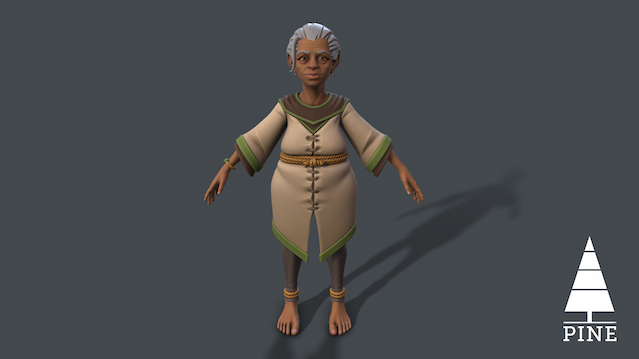 The story has spawned a few more creatures

Not only Humans, but some other unique creatures will be featured in the story too. This jolly fellow is one of them that you’ll meet along your quest!

The Vaults got a large art pass

While last month we showed a blockout of the Vaults, we have improved them further and done a large art pass on both. Here are some examples of materials for the Vault in the swamps: 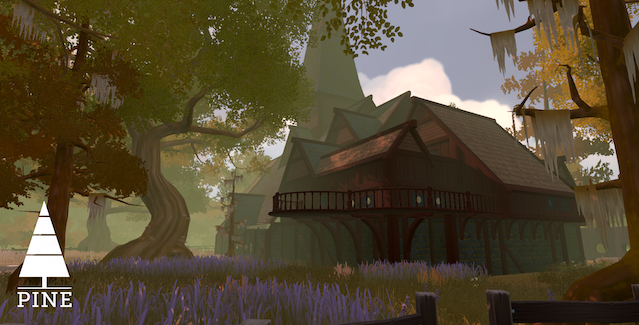 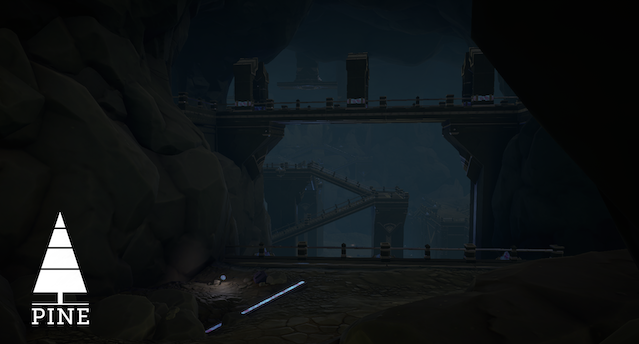 For a while we’ve been working on improving the combat a lot. As mentioned, this entails making all moves have more momentum in any direction so that the whole is much more dynamic. To tweak everything to perfection, we’ve built a combat editor, allowing us to tweak (per frame!) where the hitboxes are, what damage each attack does and what effects plays. Check it out!

We’ll keep moving forward with the world, the story and the combat. Everything is coming together already and we hope we’re building something truly special for all of you.

As always, all feedback, questions and comments are welcome. Feel free to reach out through pine[at]twirlbound.com, on IndieDB, on Reddit, on our Discord server, Facebook or Twitter.