You play ION, a young exploration unit on a mission to secure natural resources. When you crash-land on an alien planet your ship is almost completely destroyed. Not only do you have to survive in a strange new world full of dangers, but to have even a hope of escape you must find a way to contact your home planet for help.

With only your ship’s A.I. for company, you set out to explore your new home. On your journey you encounter ANI, a small, stranded service unit who identifies as female. ANI is the first to admit she’s a bit mad, but she is also a valuable resource. And it soon becomes clear that there will be no escape without her.

And so, the two of you begin a journey that neither of you is prepared for, on a planet where even the laws of nature seem not to apply. A journey in which ION and ANI must face the strangest of all possible challenges if they are to have any hope of living to tell their own story.

Phoning Home, an exploration game following a shipwrecked robot’s mission to contact his world and escape an uncharted planet, launches today on Steam for Windows PCs.

The story follows ION, an intrepid explorer who must find a way to survive in a hostile environment and send a distress signal home. The ensuing adventure brings the adorable android into contact with colossal creatures, ruins from an ancient alien civilization and harsh landscapes, ranging from an icy tundra to sweltering volcanoes.

Along ION’s journey, he encounters another marooned vessel with a mechanical castaway of its own named ANI, who soon becomes ION’s faithful companion. With ANI’s offensive prowess and ION’s maneuverability, the pair form a symbiotic relationship. The team must rely on one another’s distinct abilities and strengths if either one is to have any hope of survival. 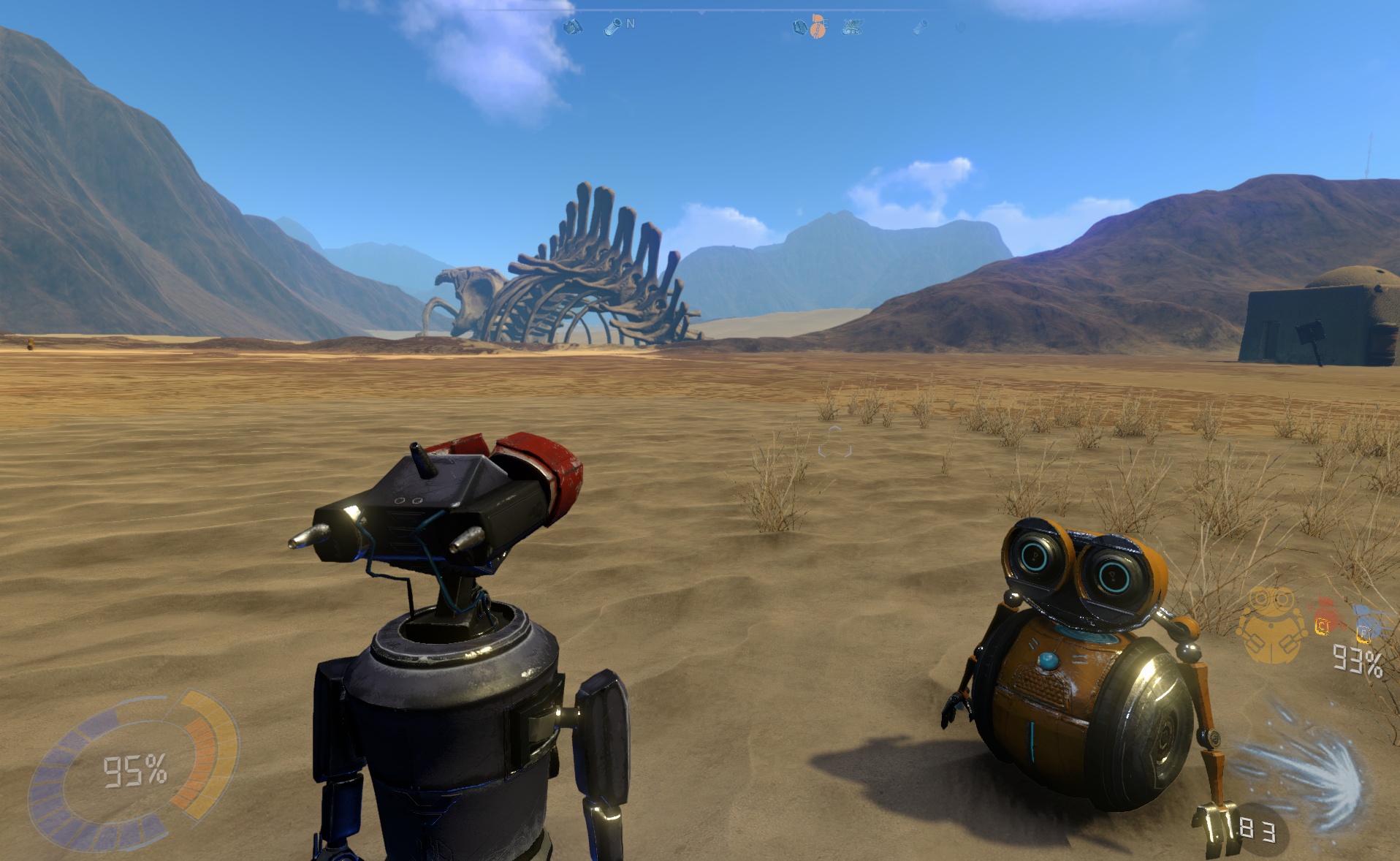 The game features stunning visuals that bring its lush alien world teeming with bizarre beasts, enigmatic portals and other mysteries to life. With dynamic weather, realistic day-night cycles and a beautiful ambient soundtrack, Phoning Home delivers an authentically compelling world for players to delve into while uncovering the cause behind ION’s crash-landing.

"Phoning Home is a captivating game full of secrets waiting to be uncovered and breathtaking environments to explore," said Marko Dieckmann, founder, ION LANDS. "It’s been a wonderful experience seeing this project transform from a concept into reality and everyone on the team is eager for the PC gaming community to see ION and ANI’s story unfold.”

Phoning Home has full voiceovers in English and German, with localized subtitled versions available in Spanish, French and Russian. The game is priced at $19.99 USD / € 19.99 via Steam.

Phoning Home climbing to the top on Steam Greenlight

Phoning Home is aiming for the top on Steam Greenlight. After only 5 days the game reached #6 on Greenlight, Steams platform for gauging the most popular...

The two robots look like Wall-e's that do in plan R-2 and C3PO. sounds curious no?

Ion Lands have kindly granted me early access to Phoning Home, a stunning exploration game! I'm honored to be selected to play it before its release on Feb 7th 2017. It's really quite fun although your companion AI can be rather annoying at times.

You play as Ion, a lost little robot that has to gather resources on an alien planet in order to repair his ship so he can, wait for it, phone home!

The game looks fantastic. The trailer is extremely well done, the music is mesmerizing, and sets a really nice atmosphere for the player to immerse themselves into the story. The characters reminded me of Number Johnny 5 crossed with ET. No harm done. But in fact bonus points for that. Great Job and good luck.