A huge dynamic environment filled with AI dinosaurs and creatures, in addition to up to 200 players per server. Group up with players to take on challenges together or join a persistent clan for even larger coordinated group efforts to take on the big in-game events! Or go it alone and carve your own path, how you survive is completely up to you.

Unlock skins and alternate species of each dinosaur genus. Change the individual colours of your dinosaur character and apply alternate subtle markings. Choose between multiple species of your favorite dinosaur, each with unique visual characteristics. With realistic colour selections and natural skins, you can choose brighter colors to stand out from your pack or utilize camouflage to blend in with your surrounding environment. Create a character unique to you!

Complete quests that encourage and reward immersive cooperation and unlock achievements to collect exclusive in-game content. Collect materials to build nests to sleep in, hunt rare dinosaurs, forage for hidden plants, or defend your herd members, all while enduring natural world events that will shape the landscape around you. Watch out for rare, difficult world events that occur dynamically on servers that will reward rare skins and unlockable content.

Spend points to alter your abilities and attacks to tailor your character to your preferred play style. Swap out one of your bite attacks for a claw attack or a tail swipe, or reduce your HP and damage in exchange for more stamina and faster movement. Each dinosaur type will play on unique strengths and weaknesses, and no single species will clearly outmatch the other, no matter how long each character has been alive.

Submerge fully underwater and hunt for AI fish and avoid being chomped by prehistoric crocodiles. Lurk just under the surface and lunge out of the water to surprise unsuspecting prey. Traverse the complex redwood river system and explore the depths of the swampy lakes. Make the most of your environment to survive as a semi aquatic hunter!

Community is important to any game, and the Path of Titans team recognizes the amount of passion and talent dinosaur enthusiasts have. A staple of our game will be our powerful modding tools that will be free for anyone to download and learn to use. With extensive documentation and help to guide modders, anyone will be able to download our dev kit and begin creating.

Our mod deployment backend allows users to upload their content to our servers to be distributed to other players and will be automatically patched with each update.

Path of Titans will be available to play on many devices and operating systems. We currently support Windows (8.1, and 10), MacOS (Catalina and later), Linux (Tested on Ubuntu / Debian Based OS), Android (Must support Vulkan), and iOS (iOS13 and higher, and iPhone 6S or higher). We are currently looking into supporting consoles as well. All will be able to connect and play on the same servers, so you can play with your friends no matter where they are or what their gaming device might be! 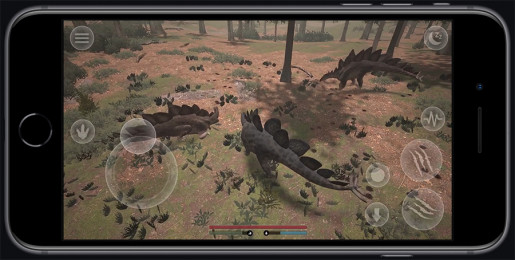 Steer your Dinosaur’s Destiny in Path of Titans

Debuting at PaxOnline with a Multiplayer Demo

Melbourne - 07 Sept 2020 - Introducing Path of Titans, a cross-platform "play as the dinosaur" sandbox with MMO questing, where players choose from 30+ dinosaur species and survive, explore, and thrive through life cycle events and social gaming. Alderon Games is excited to host a virtual booth at the PaxOnline Pax Rising virtual convention through the funding support of Creative Victoria. Find and build a home cave within Panjura, the first of several 8km x 8km maps. Explore our open sandbox, or extend gameplay through an extensive system of MMO questing adventures, with rewards and incentives from egg to adult. 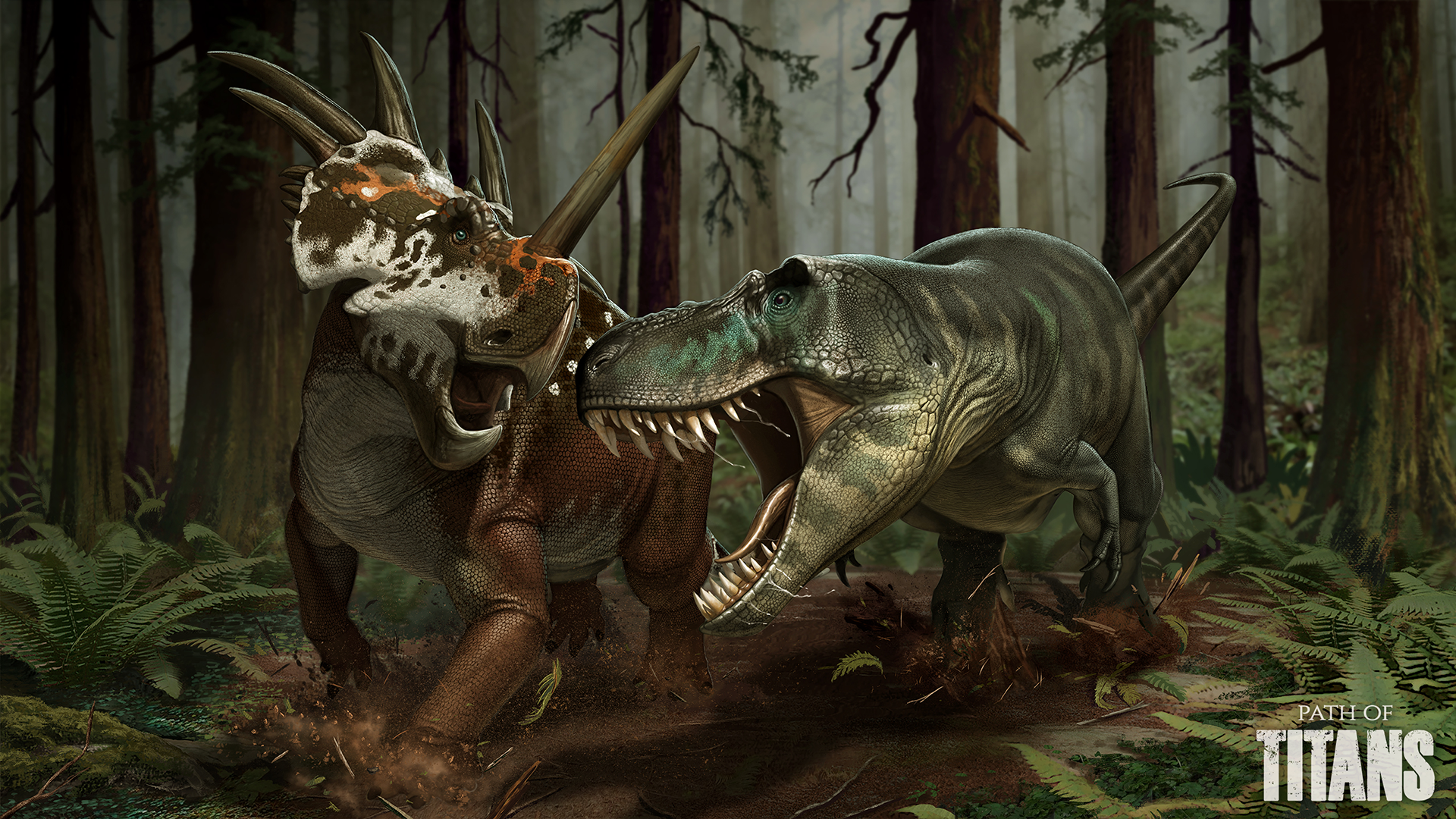 Grab the PaxOnline demo at Pathoftitans.com and try 5 dinosaurs on the Panjura map. From Matt Cassells, studio founder, “We’re super excited to get our demo into the hands of Pax fans, and while we would have preferred debuting it at our hometown PaxAU event, this PaxOnline virtual booth allows us to show it off to the global family of Pax and EGX fans, and we’ll offer a global giveaway to celebrate the enduring Pax experience of discovering new games together.”

The PaxOnline demo is based on the existing Android demo and includes Windows, OSX, iOS and Linux support. The game on release will include up to 200 concurrent cross-platform players per server, with a mix of herbivores, carnivores, aquatic, terrestrial, gliding, and flying species, together with AI NPCs and critters to build a rich ecosystem to navigate. Complete quests and unlock new attacks and abilities for your dinosaur, tailoring your beast to your playstyle. From beloved species like Spinosaurus and Triceratops, to more recently classified species like Daspletosaurus Horneri just discovered in 2017, the Jurassic era dinos and pterosaurs of the Morrison formation in present day Wyoming, Colorado and the Dakotas are waiting for your discovery. 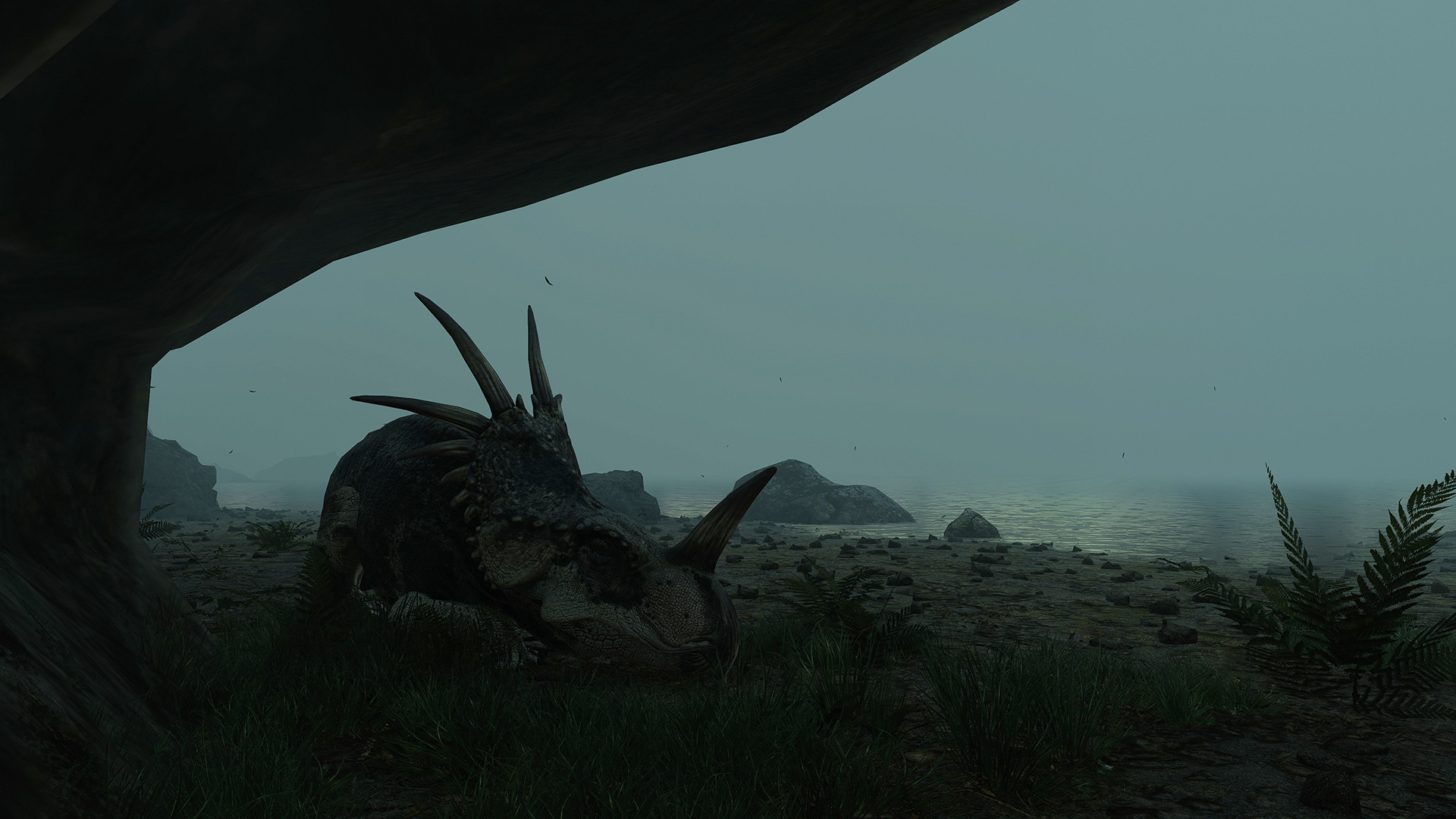 Path of Titans is bringing back couch co-op. Online modes feature seamless cross-platform play between PC, Mac, Linux, iOS, Android, and slated to include consoles and cloud gaming devices in 2021. To this end, Alderon Games has developed a launcher backend that is platform agnostic for seamless integration. Our community modding kit allows mods to be seamlessly deployed across platforms as well, allowing great creative freedom of access for dinosaur-loving gamers across all devices.

Path of Titans is available today in pre-alpha, and planned for wider release into the hearts of dinosaur aficionados on various platforms throughout late 2020 and early 2021.

Alderon Games Pty Ltd is an independent game studio with a team of video game developers based in Victoria, Australia, our diverse team mixes strong technical know-how with creativity and innovation in the video game genres that matter most to us. Our primary focus is game development with Unreal Engine and game development for both PC and mobile. Nearly every member of our team first began their game developer journey as modders and, to us, modding is one of the most essential aspects of our games.

I really like this game but when I try to download it on my Android tablet it says spots need to free up can people just download it.

Where can i download path of titans on Android

!We already have Android demo available for supporters

Twitter
Tags
Embed Buttons
Link to Path of Titans by selecting a button and using the embed code provided more...