Pantropy is a science-fiction based multiplayer game for players who want to make their own story. You’ll need to band together to thrive in this lush and dangerous world. Luckily, there are factions just waiting to welcome you into their ranks. Are you going to grind resources and craft a powerful mech? Or maybe you’d prefer to set up a mining station to do the hard work for you and hunt down enemy factions instead.

Kickstarter Reboot and a big update ahead! Android slavery!

We´re finally done with the new Kickstarter campaign and it got approved within a few hours. We´ll launch it today! A lot has happend since the last campaign, we learned a ton and the community has grown by 50%. Which is great!

Check out the new campaign here. It looks so much better! Thanks to Alisa and Max for the great work on it!

Twitter! - Don´t wonder if you can reach our Twitter account. It is currently suspended and was suspended like a ton of other accounts lately. We weren´t given a reason for that but we´re trying to fix it.

We have saved up for a huge patch. You can read below what´s included.

We have fixed a few bugs and have been busy with the new flying bases most of the time. We had to touch every single system from basebuilding, integrity, multiplayer synchronization to player movement, mechs and aircrafts. So far it´s working great but I am sure there will be a few bugs here and there. We´ll test this soon together with the community.

Anti-grav foundations are pretty expensive and are first thing you´ll need in order to build your flying fortress. Afterwards you can build all the compontens onto the base that you would normally do on your ground-based buildings. We´ll soon also add back the player-controlled turrets to add some extra fun. These will use the mech weapons so you have a wide range of warfare to choose from.

Speaking of warfare! We´ve added the T2 gatling gun and T2 mining laser. The gatling gun is totally awesome. We just need some A10 like sounds now! 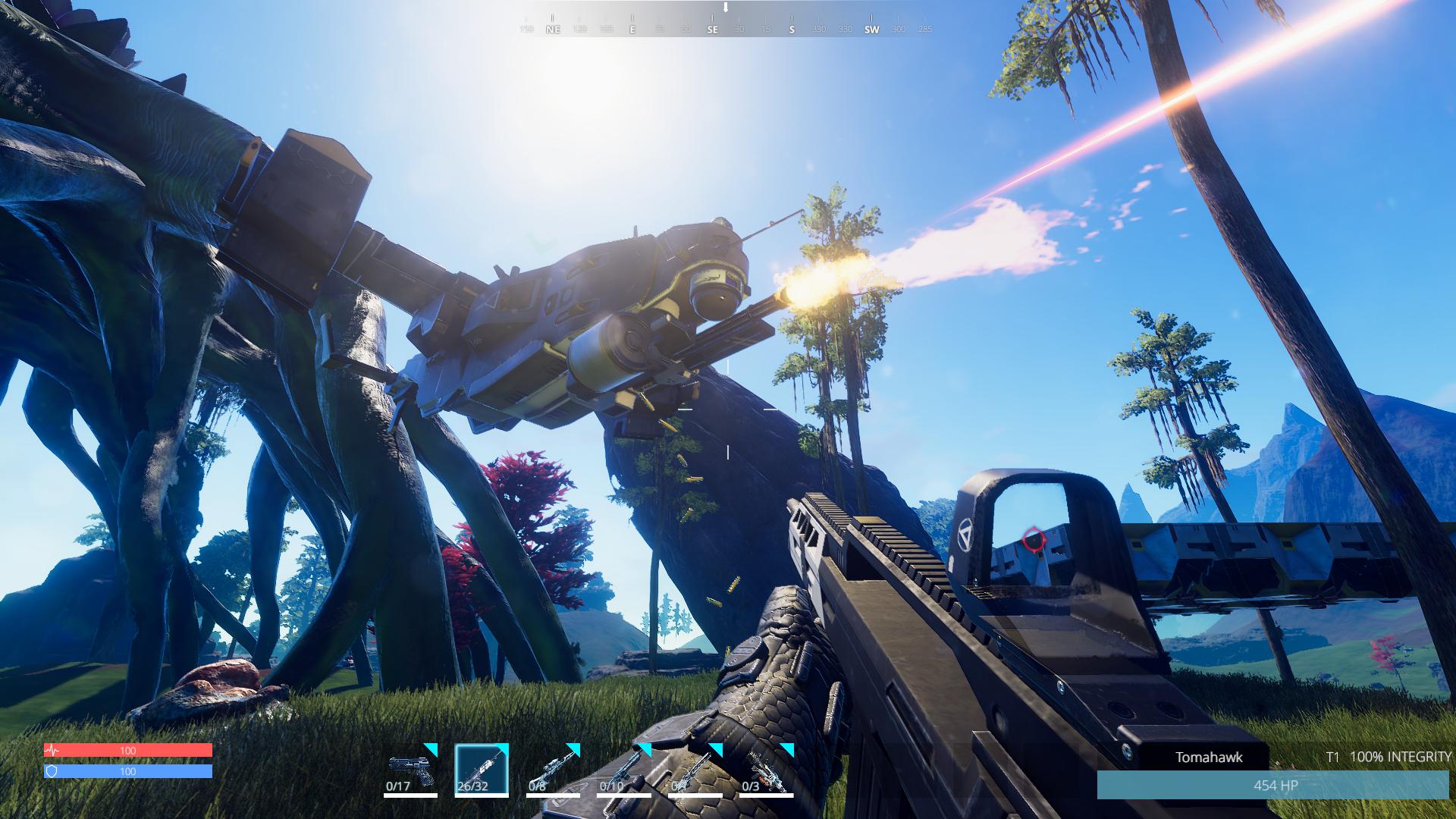 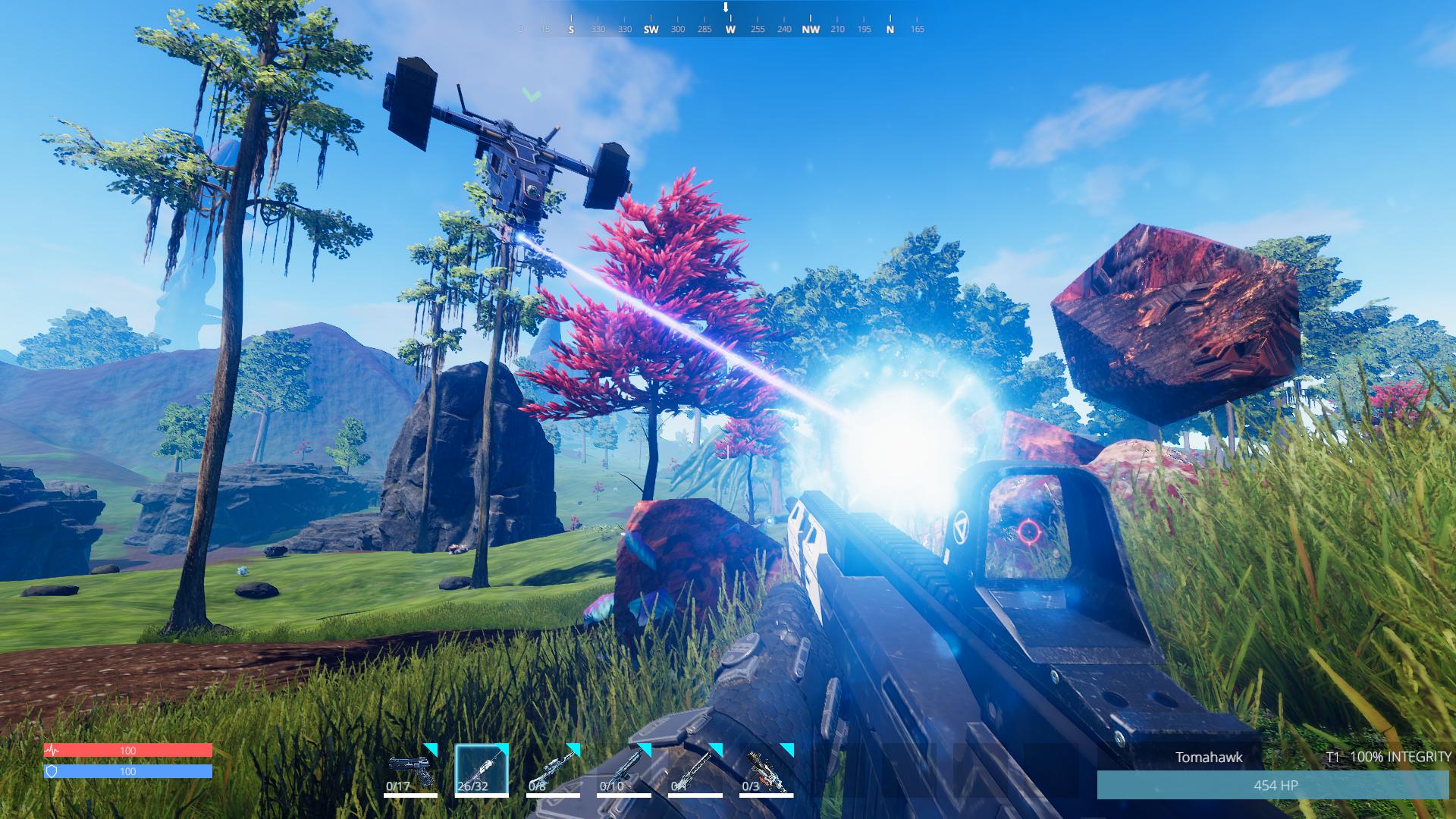 Controlling your sky base is not so much an active thing. You´re basically the commander and order your base around. You´ll have to point a location on the map and the base will head towards this location. Julian has written a neat little script that renders the map and allows you to zoom into it and pan around. This also saves us a lot of work since we no longer have to create maps manually in photoshop.

So how do you get to your flying base? You can land it but it still might be a bit difficult. That´s why we´ve added jetpacks for the players! They´re pretty high tier and your boost is limited and depends on the crafting quality.

We didn´t stop at the player jetpacks but also implemented jumpjet modules for the mechs!

Julian has finally implemented the territory system. This splits the map into 64 sectors. Each player and also the NPC faction will be able to capture these sectors. There´s a control station located in each sector. You´ll have to infiltrate it and get to the main console in order to take it over. 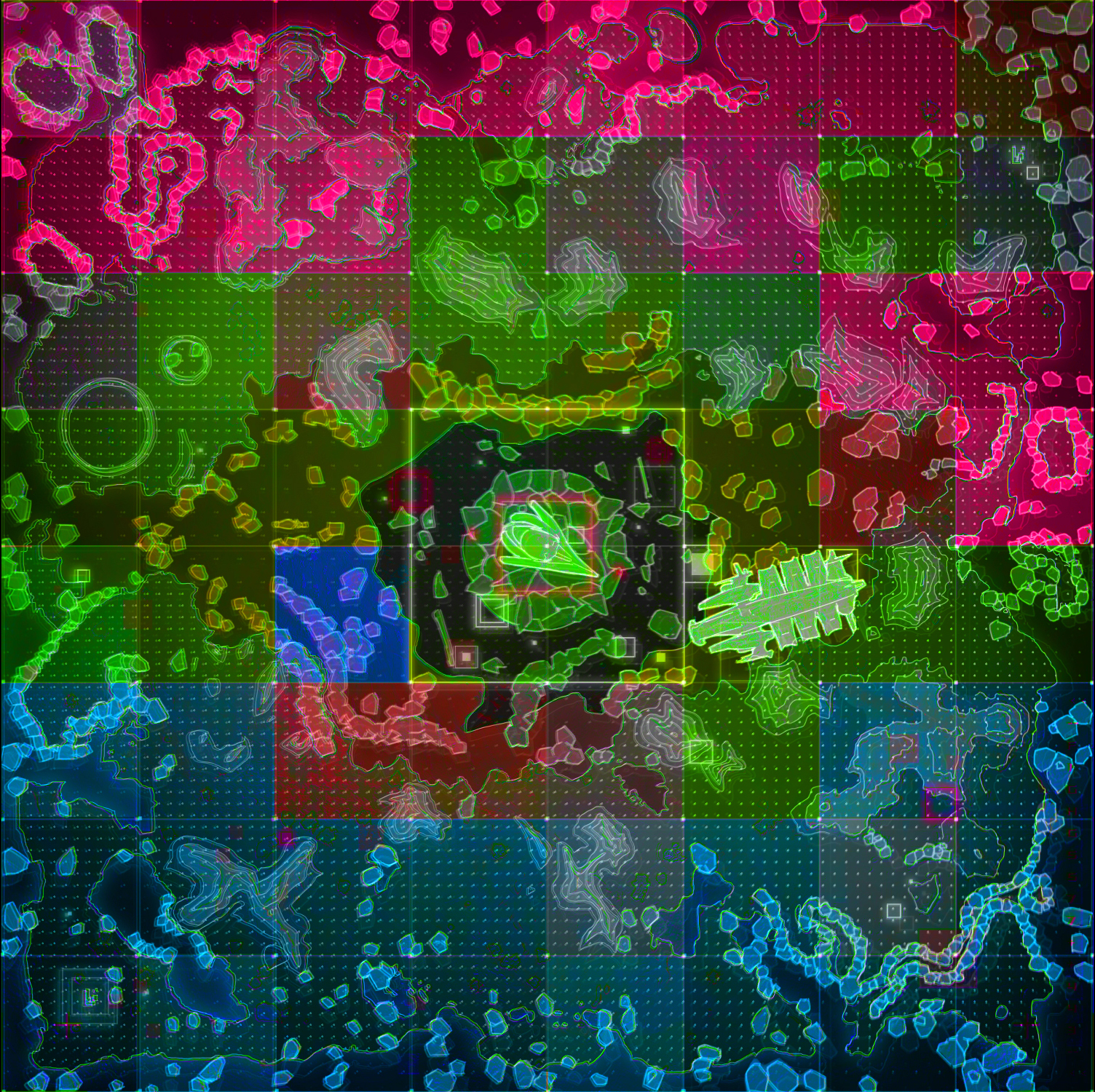 Later it will be guarded by androids and you´ll have to hack into the console in order to take it over. But neither the androids nor the hacking is in the game yet. That´s next on the roadmap.

The system is rather basic at the moment but we´ll extend it during this month. You´ll get faction wide boni, credits and ranking points by capturing sectors. We´ll also connect it to the missions system. 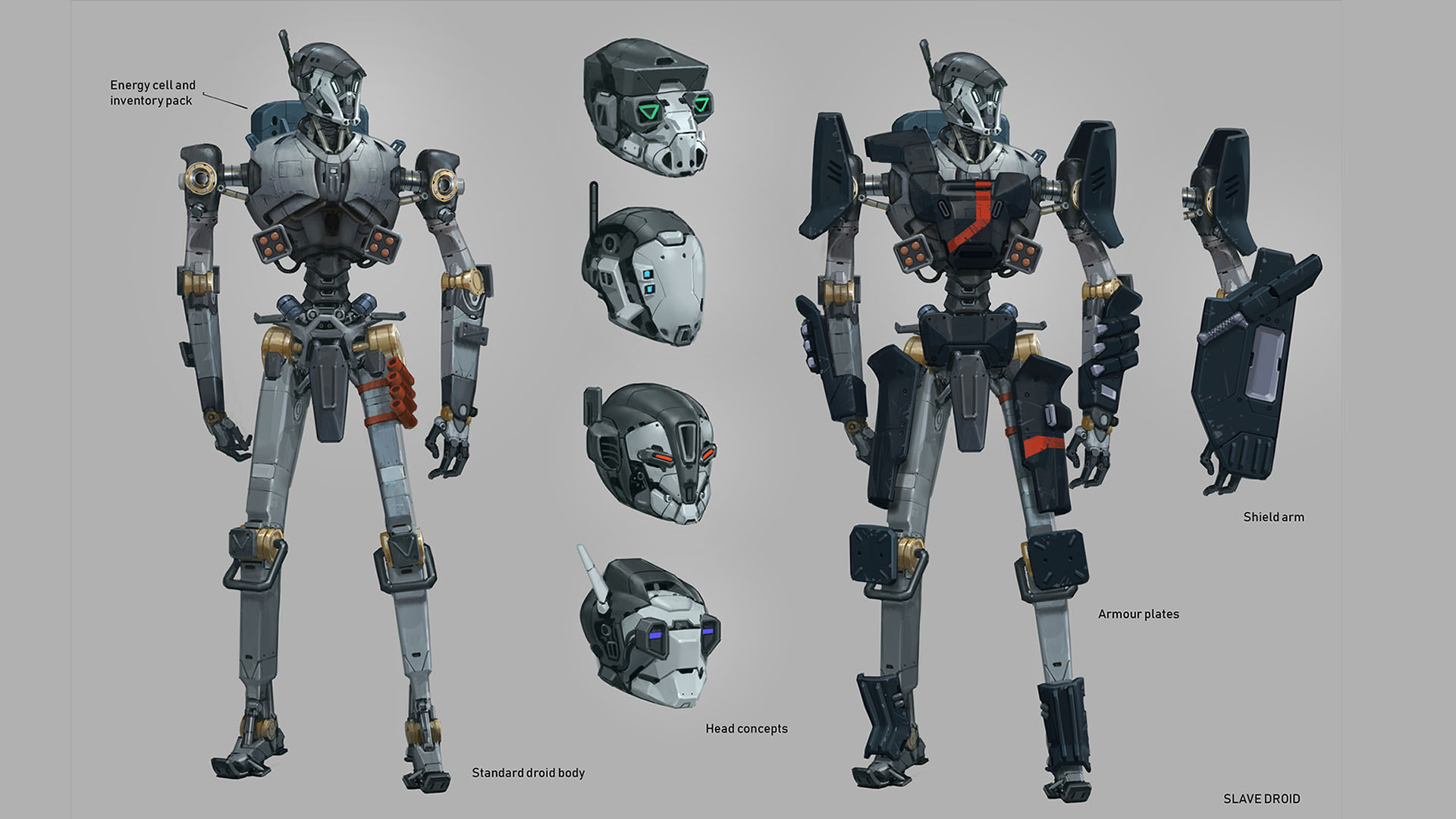 This will be a huge one. We´ve just started working on NPC androids. These will be part of each of the player factions. They will act like the player, explore the world, capture sectors, defend faction POIs and territory, build bases and attack the opposite player faction. This will ensure that there´s always gameplay going on, even on a low populated server. It will also give us more options to balance the whole faction gameplay. 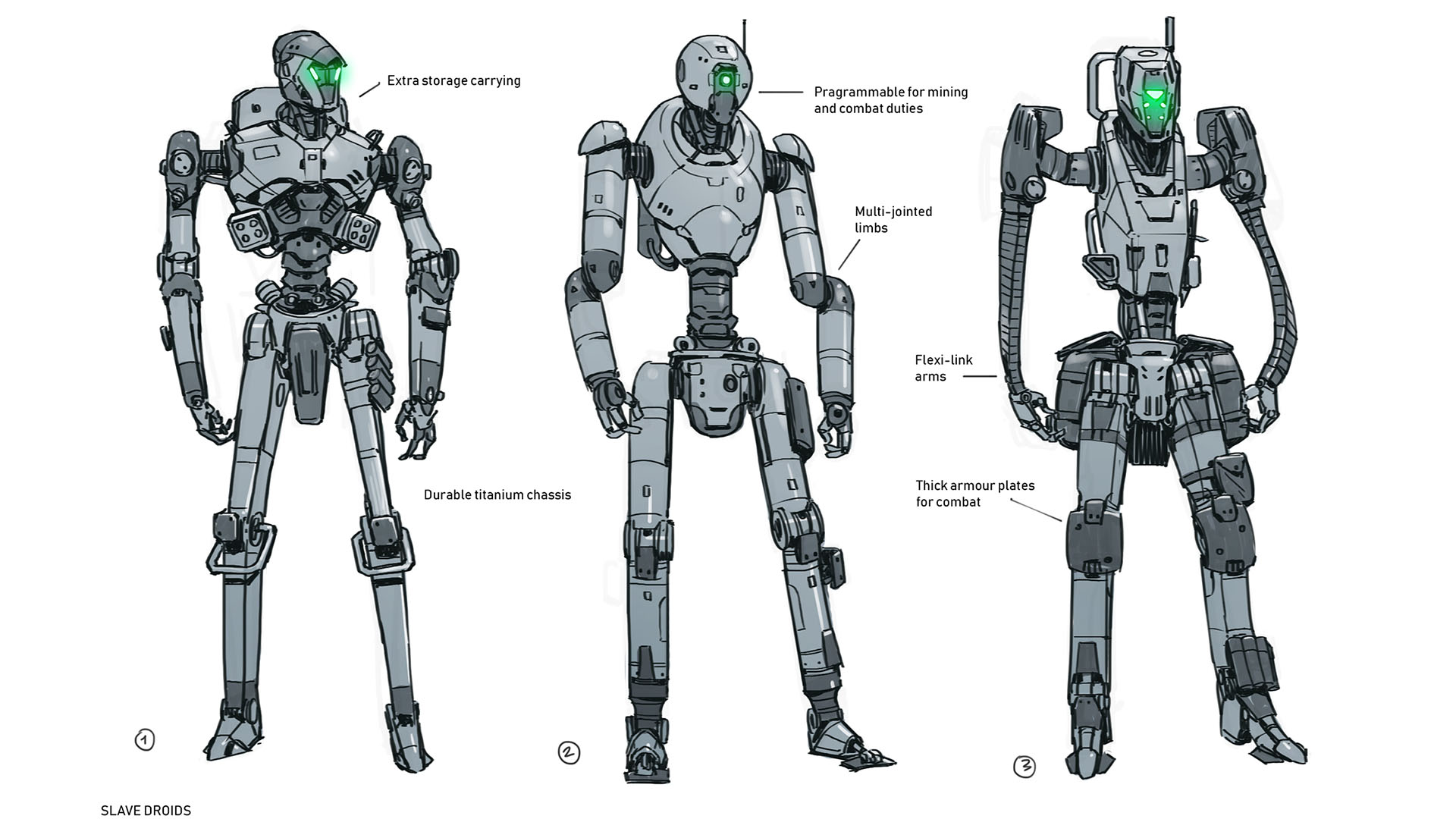 It´s quite a complex system and we´ll take 2-3 weeks to get to testing it.

Tyson has been very busy and created a lot of new designs for Pantropy.

We have a new cover art which he´s still working on. 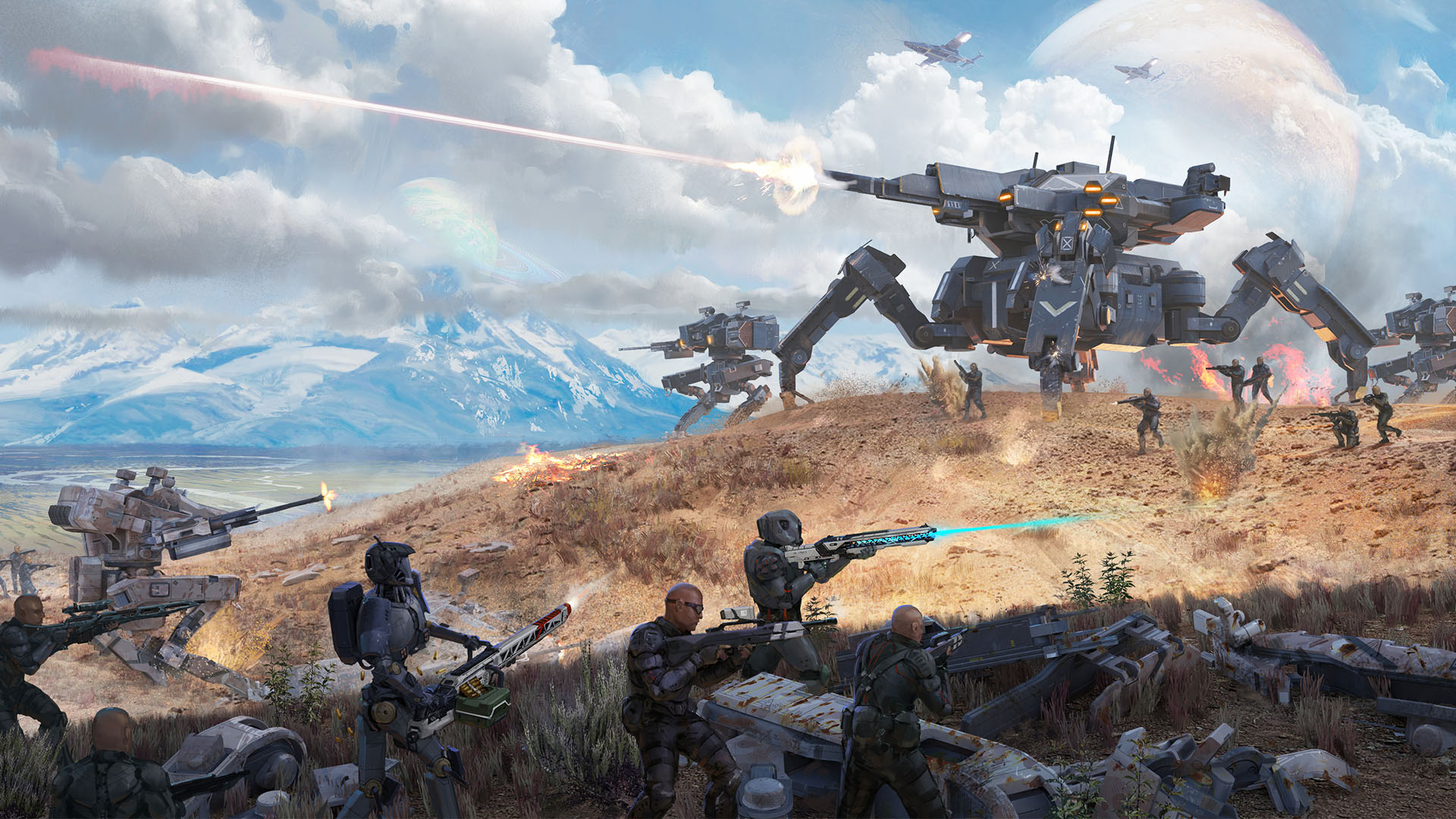 We´ll soon add lights to the outposts and POIs. 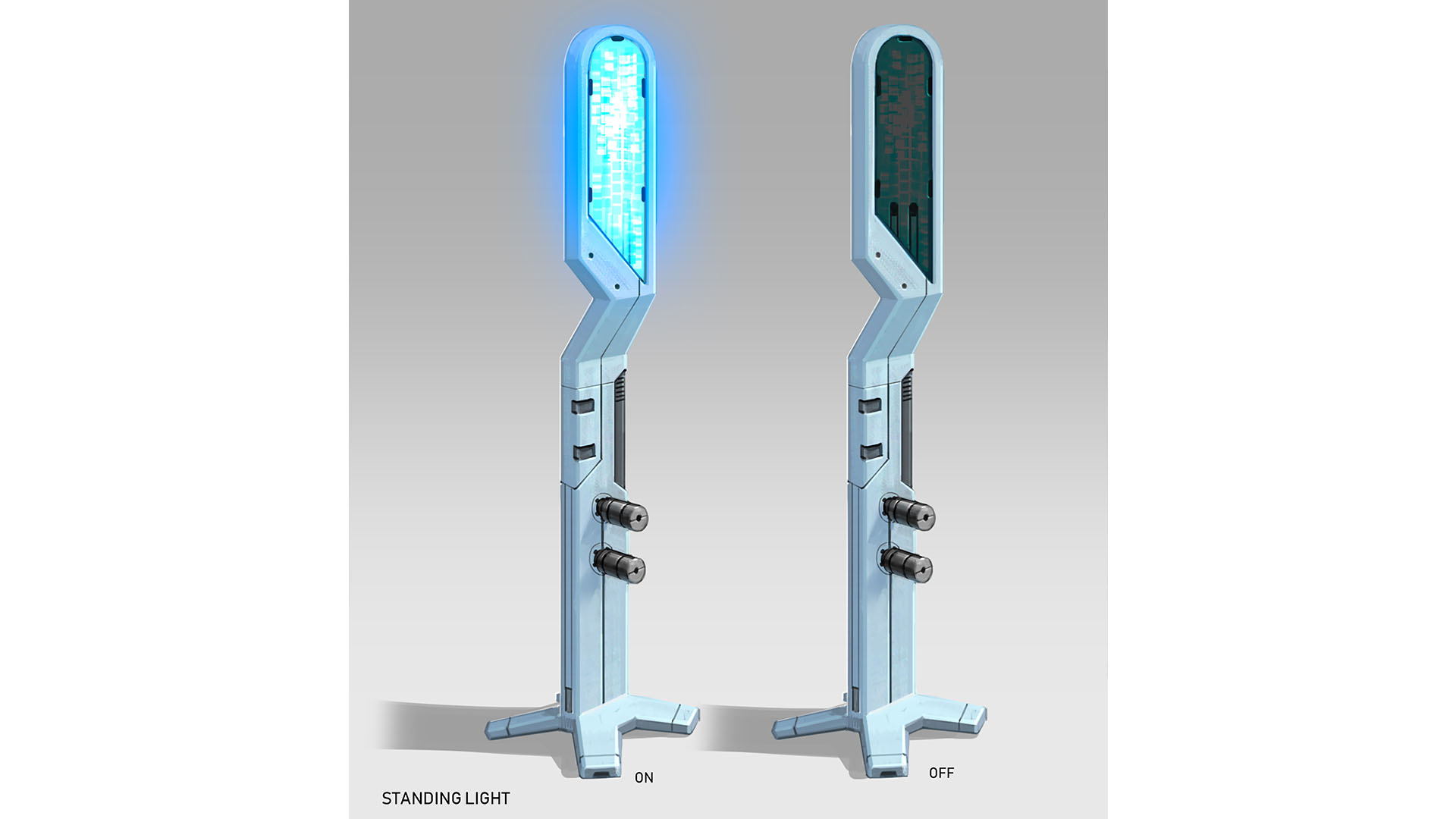 Tyson has finished the prison cell design for Troll´s island! 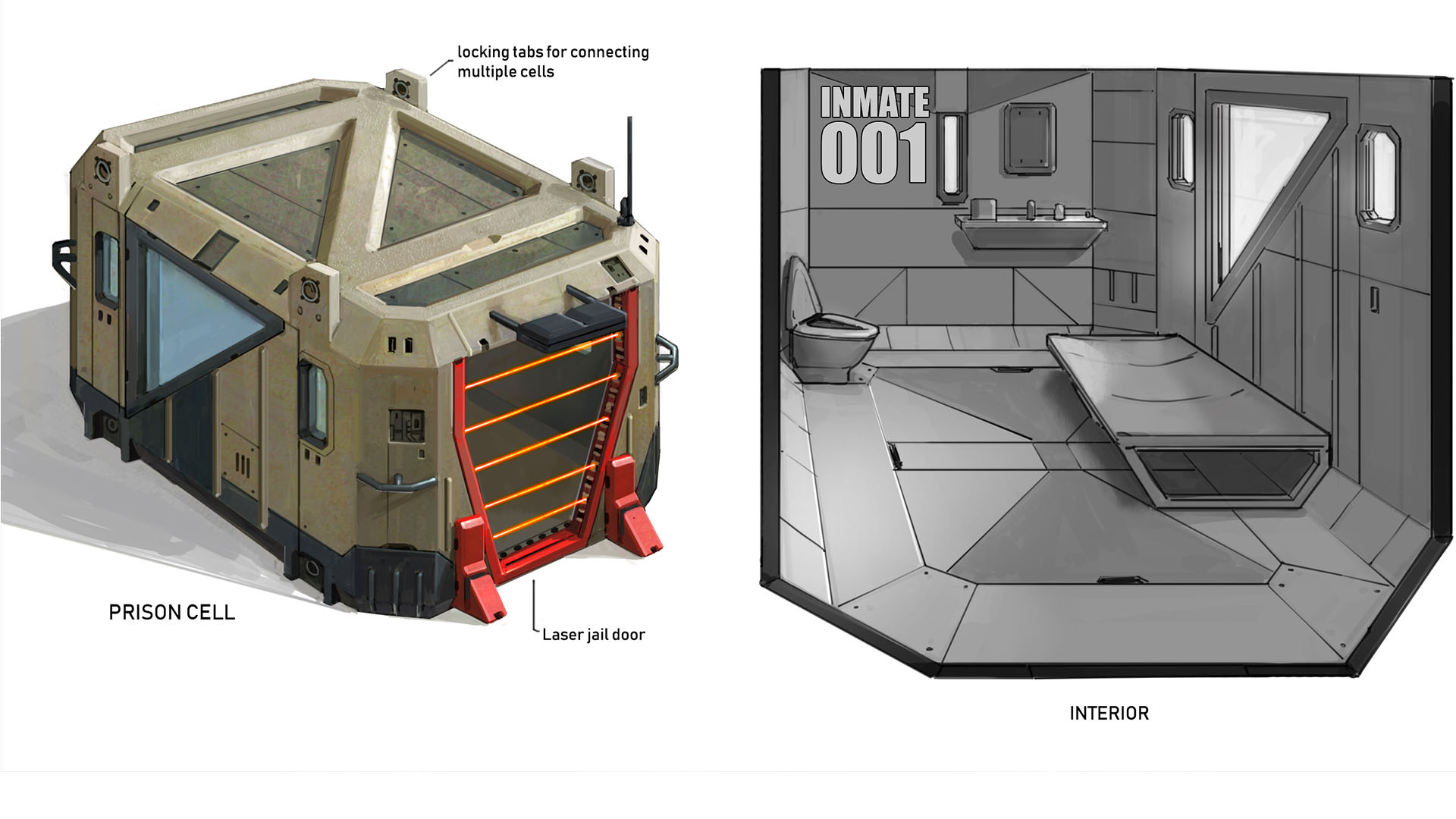 He has also been experimenting with map design drafts. 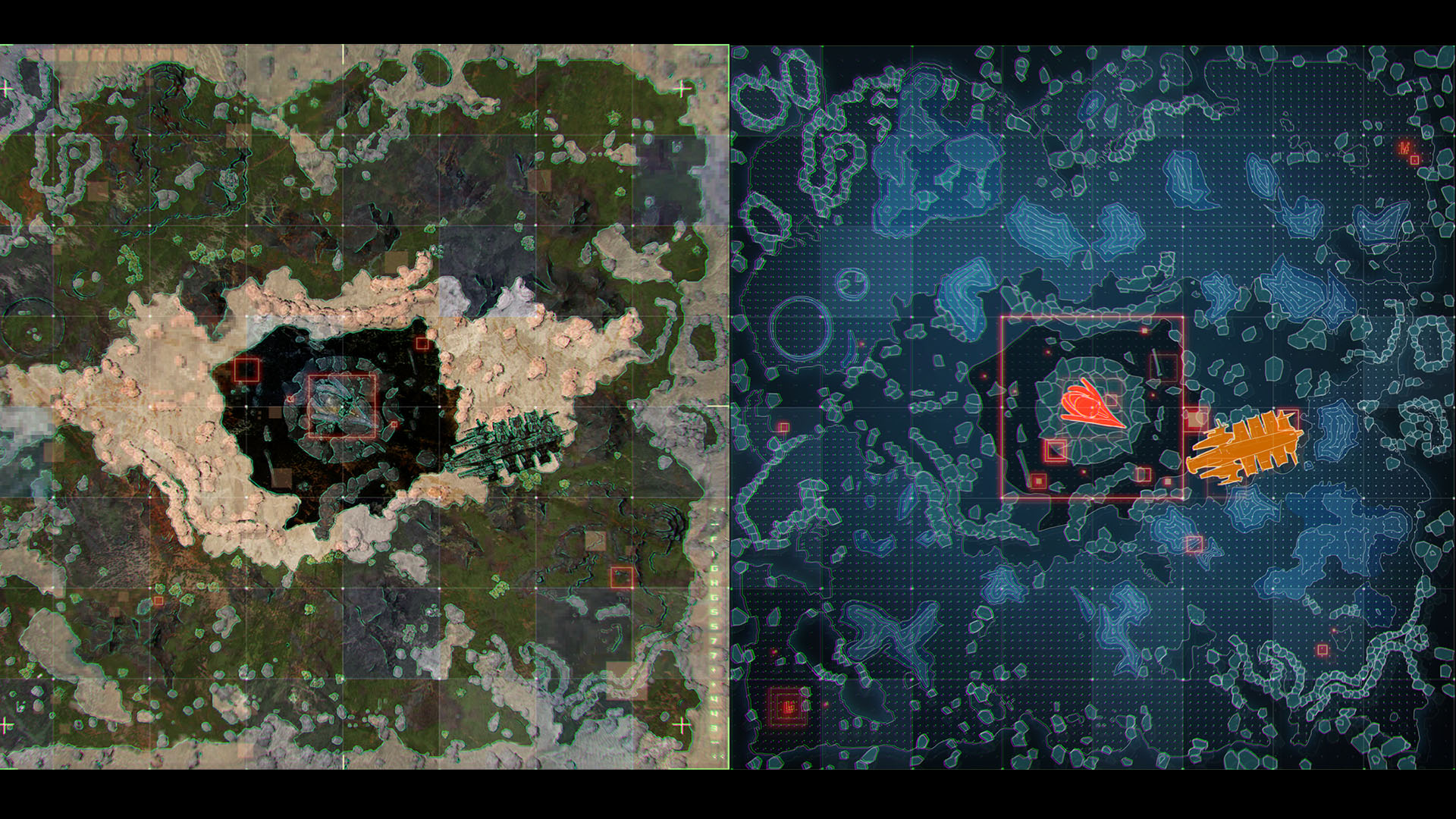 Outposts and POIs will be guarded by these faction drones soon. 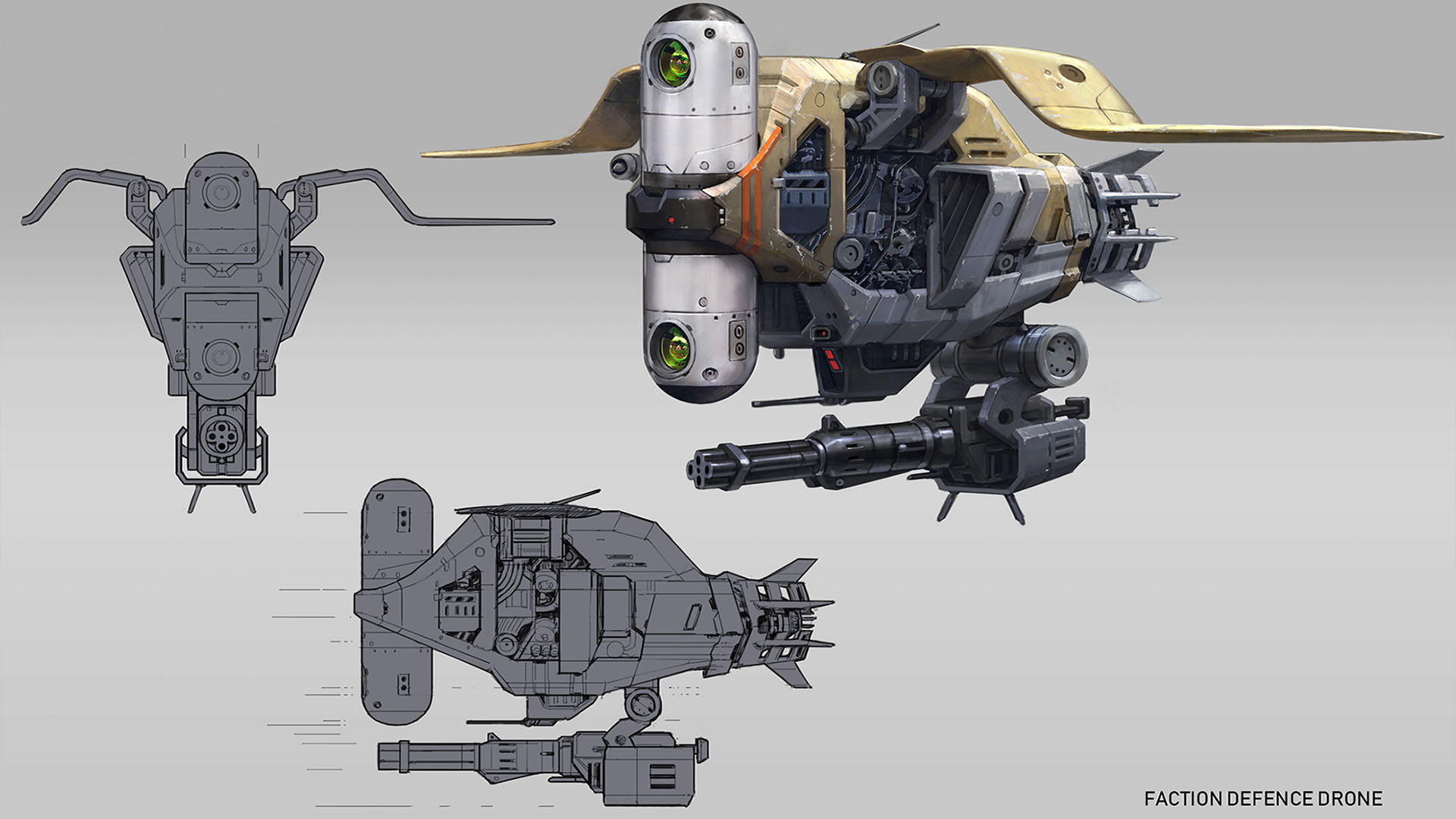 Enemy faction bases will be getting more dangerous! Tyson has designed a bigger turret. 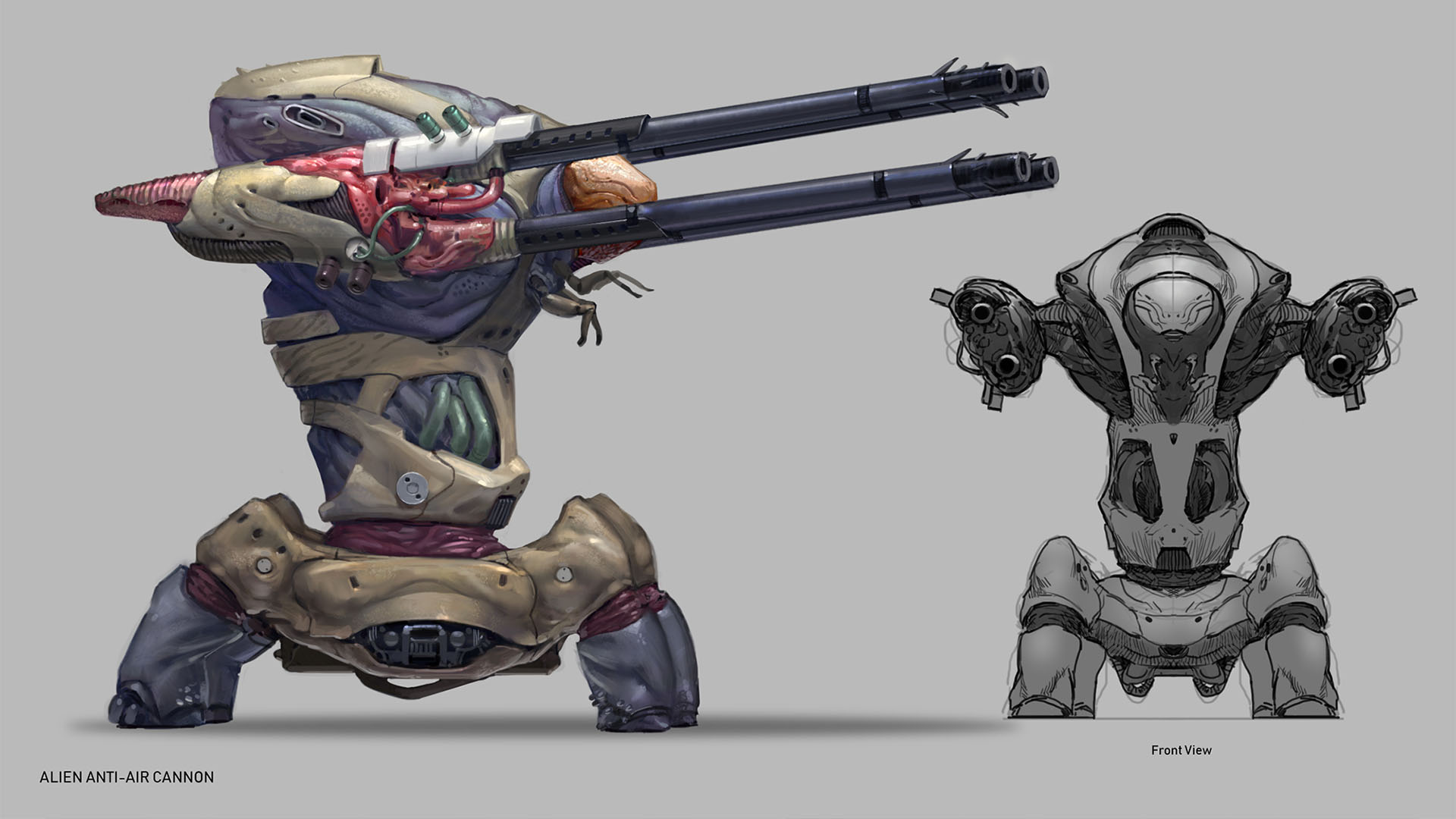 Osman is still working on the missing T3 building parts. 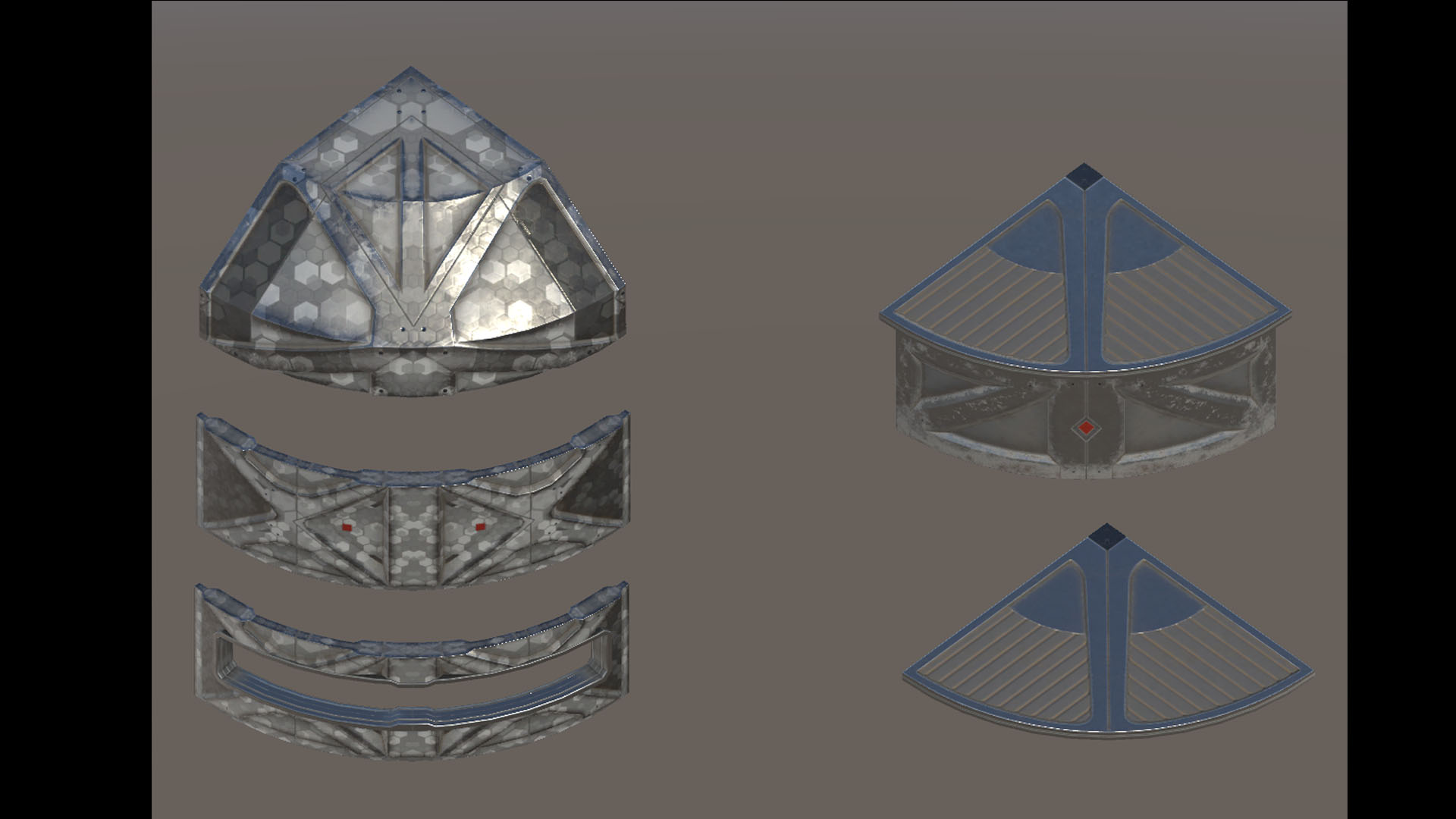 Artem has been busy with the prison cell and faction guard drone. He has also finished the lamp model. 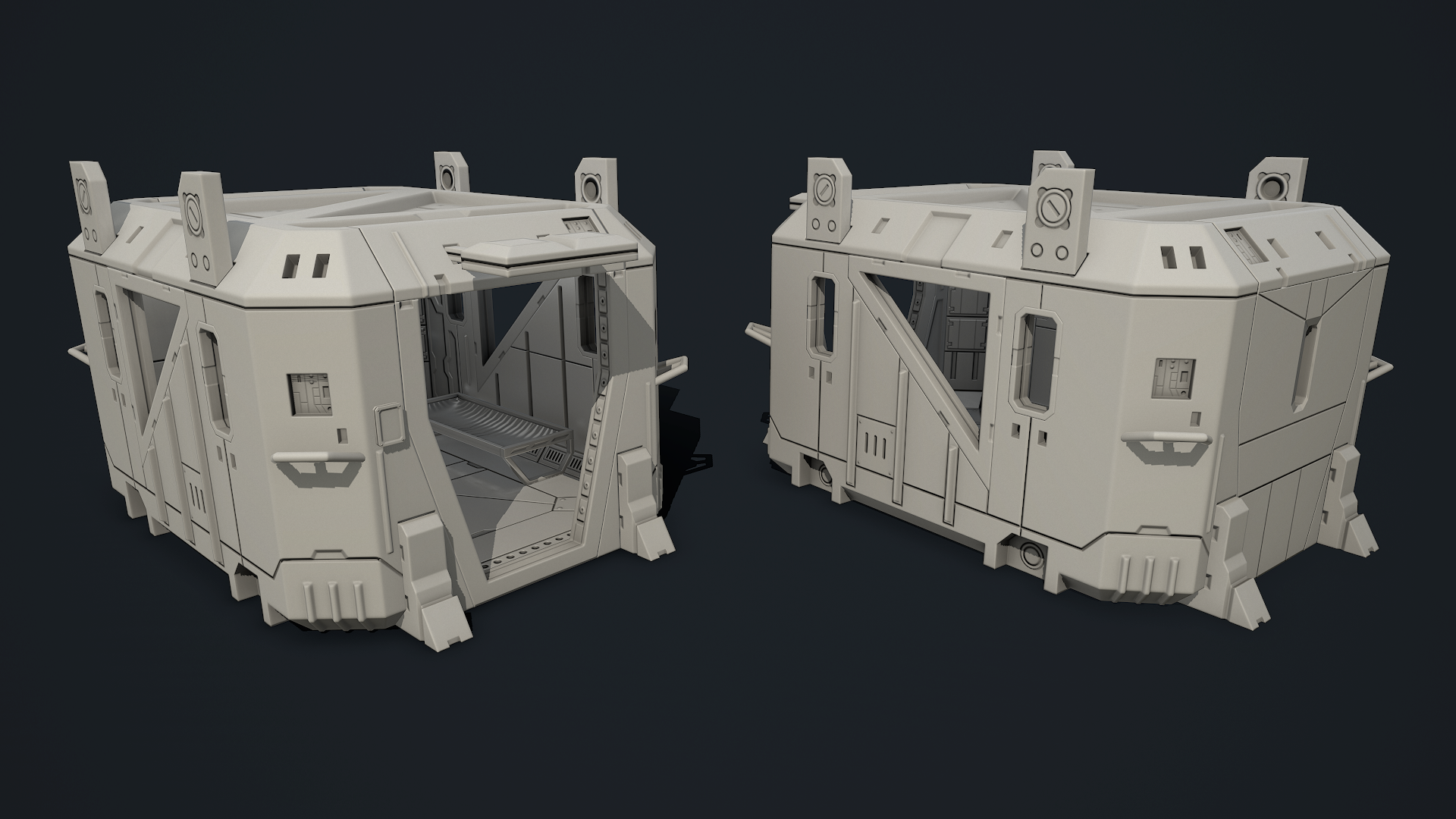 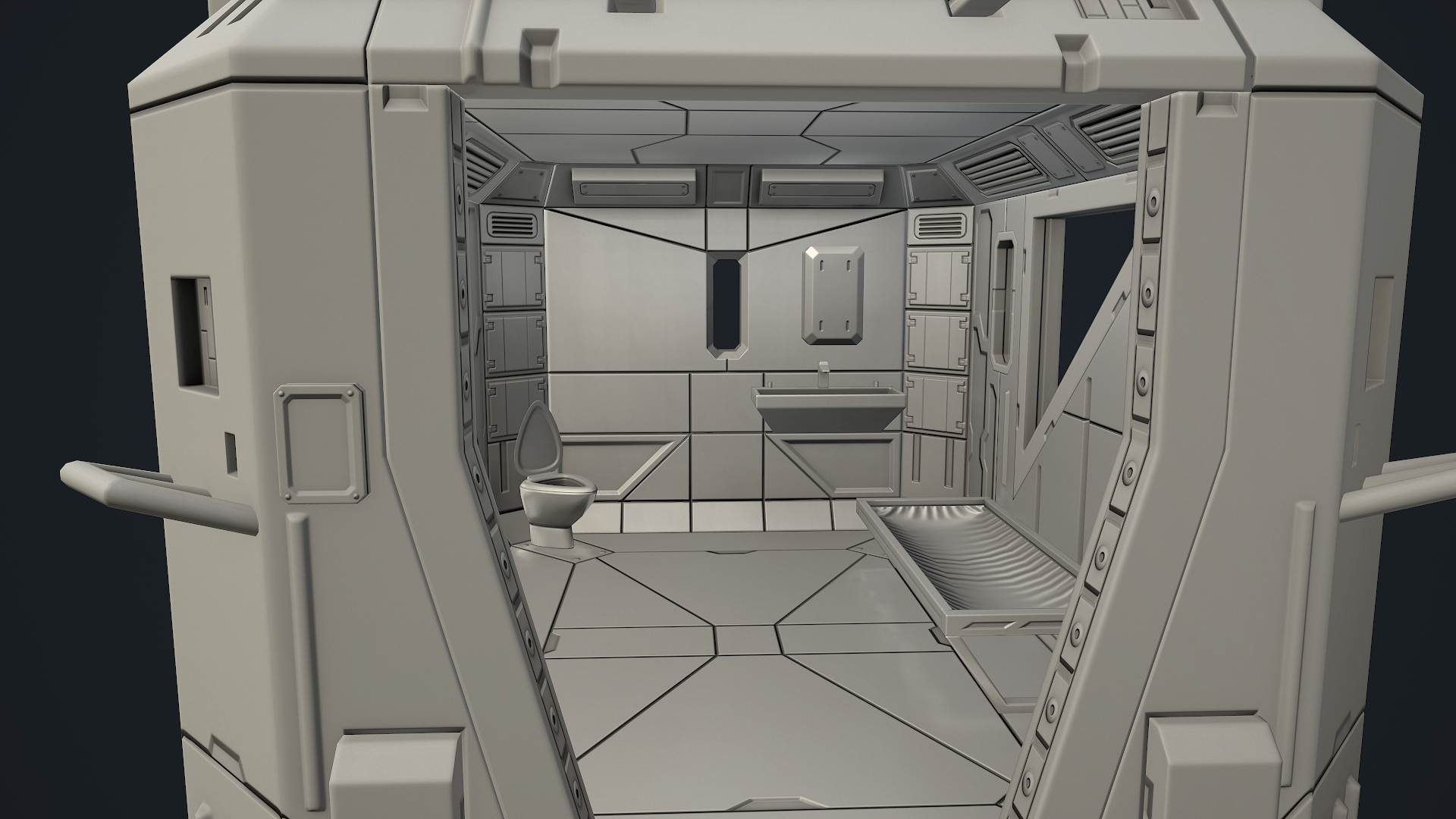 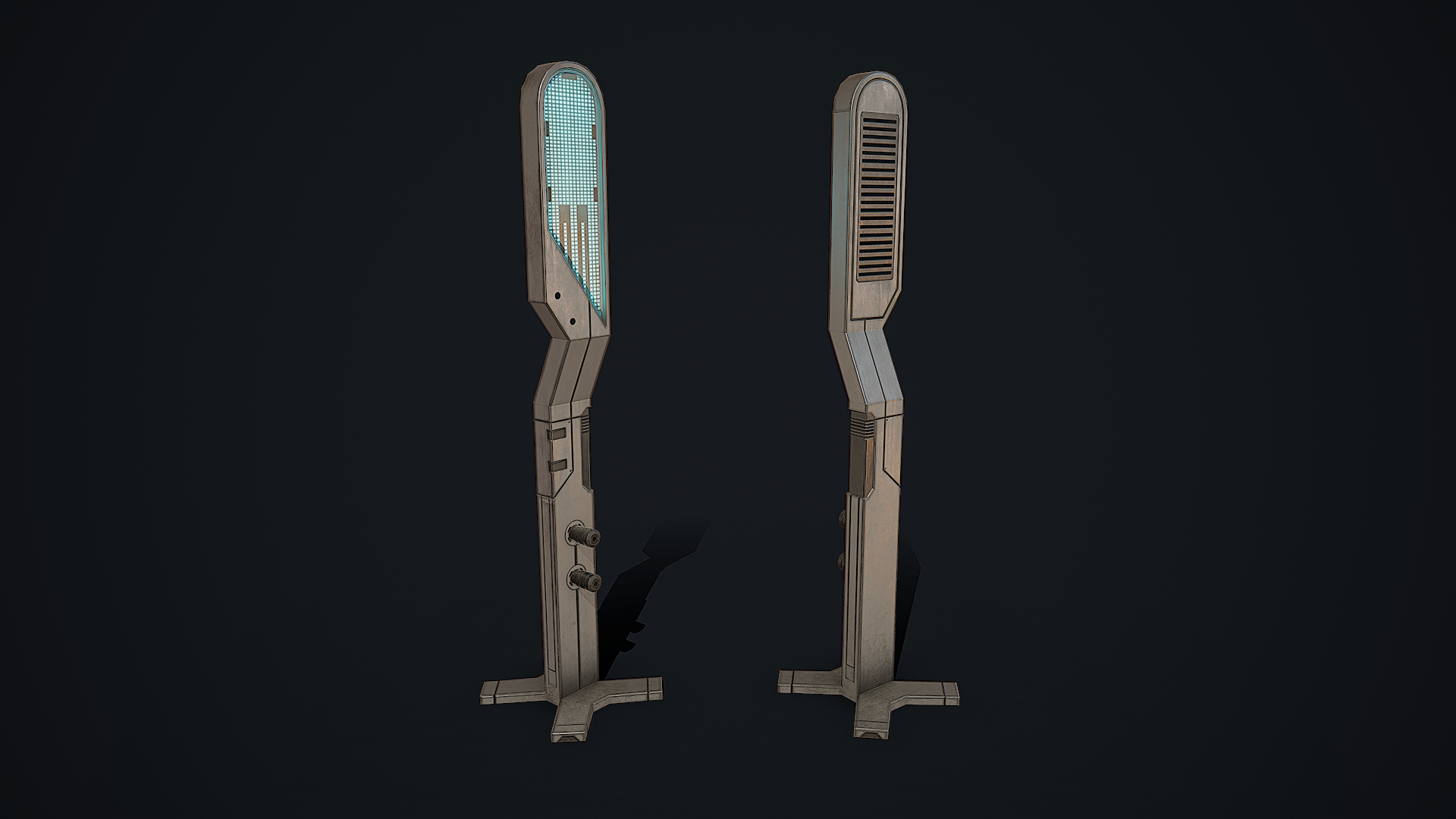 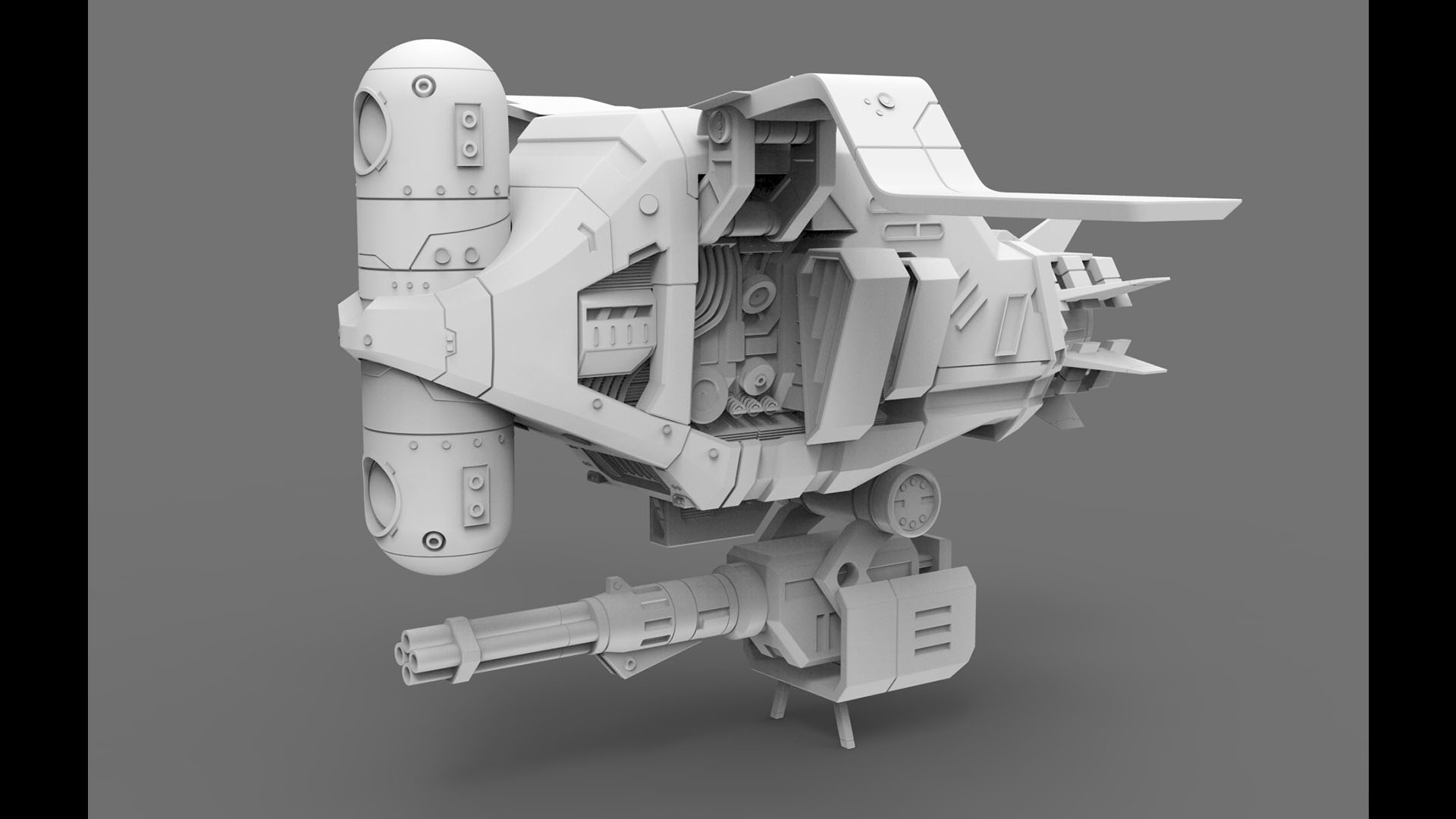 Anjar has finished the enemy faction ore processor. I am sure these will held some nice loot! 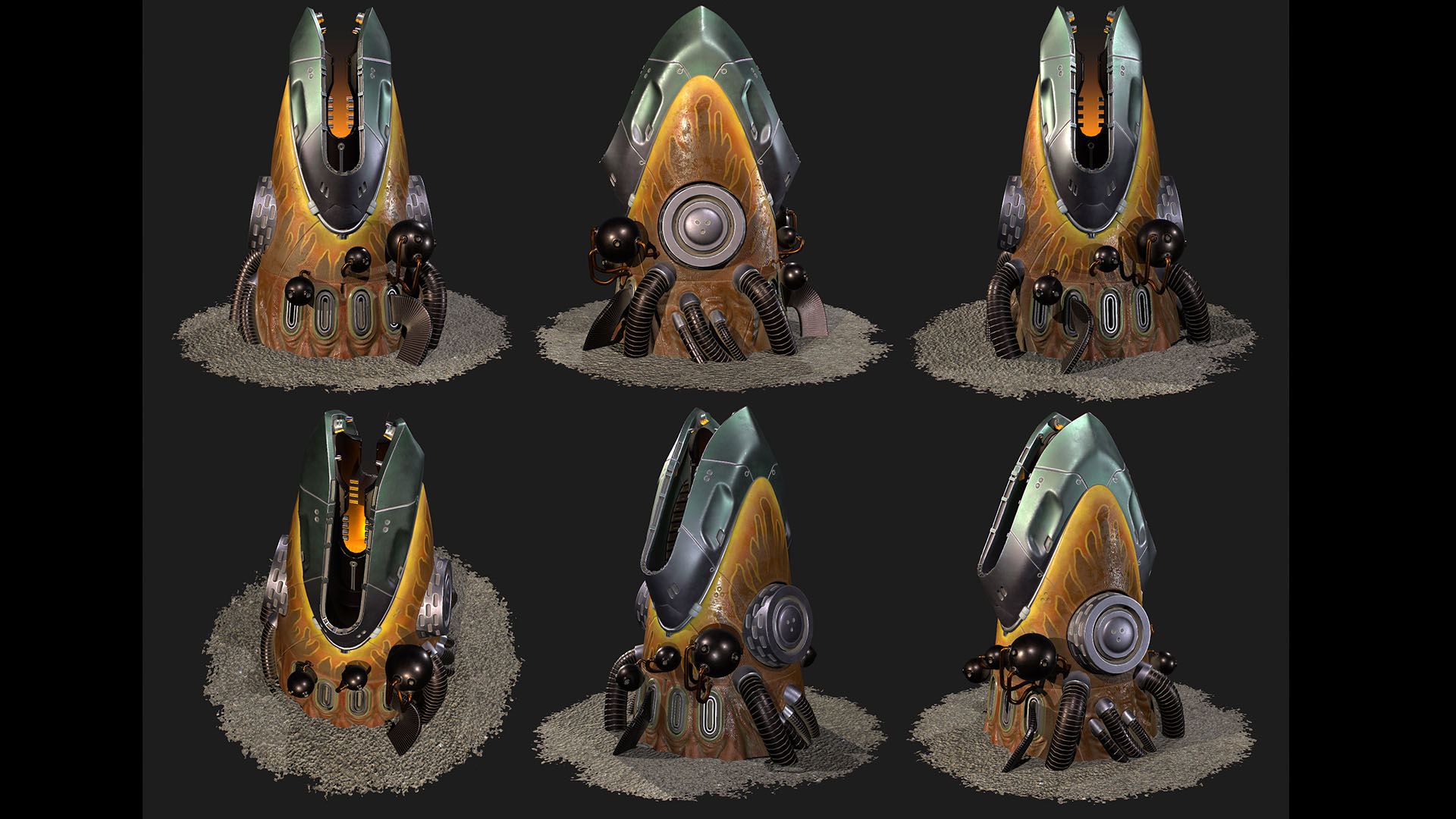 I´ve been busy with the new Kickstarter campaign draft, polishing the map and evaluating a few new plugins.

If you want to be part of the community, join the Discord here :

Thanks for reading! We love you!

The Discord link is expired

Sorry about the bad link. :)

Just curious, did your team wrote any post-mortem about what were the main issues with the first Kickstarter campaign? Anyway, good luck! The games is looking awesome, love the concept art and the 3D modeling. Top stuff! :)

Thanks! I think we weren´t clear enough about our USPs and the campaign quality wasn´t up to what we have now. But we have improved :)

Thanks for the answer. Best of luck to the next campaign! :)