Outer Space: War Gears is a Six Degrees Of Freedom space shooter featuring a unique mix of simulation and fiction.

In this article, I will outline the gameplay for Outer Space: War Gears. 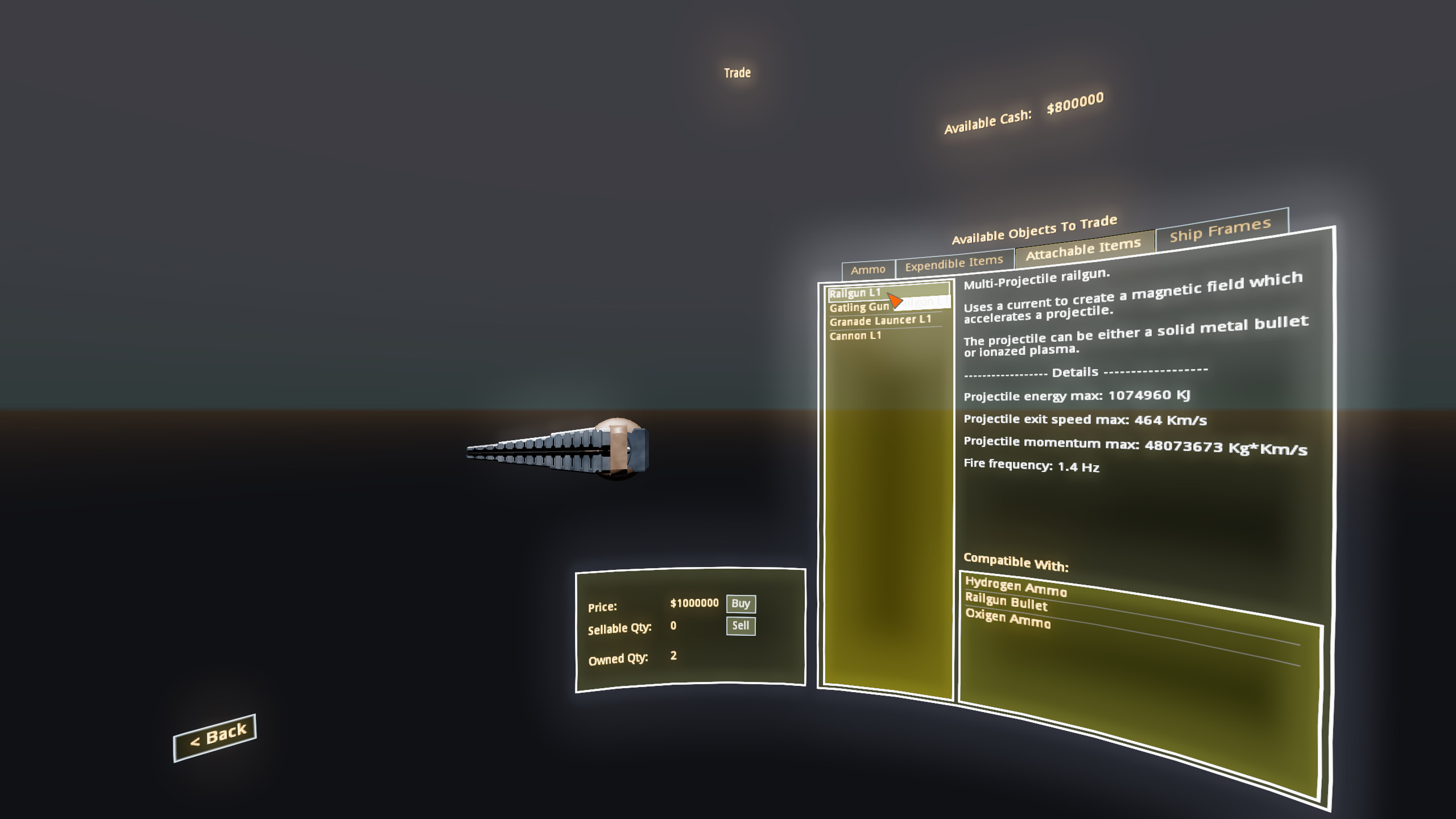 Before I start describing the gameplay, a disclaimer is due. The game is under active development, and a lot can (and likely will) change before release.

So here we go. The game is subdivided into missions, as I mentioned already. These are tasks assigned to you by various asteroid mining companies that, due to problems inherent to controlling AI systems, have no choice but to hire other companies specialized in regaining control of asteroid mines that went rogue. Before the mission starts, you will have to equip weapons, ammo and items on your Fighter Ship.
You will access more ammo and items during the mission mainly through a Support Ship - an NPC ship that can follow you and respond to commands (although some On-Site Procurement options will be available). 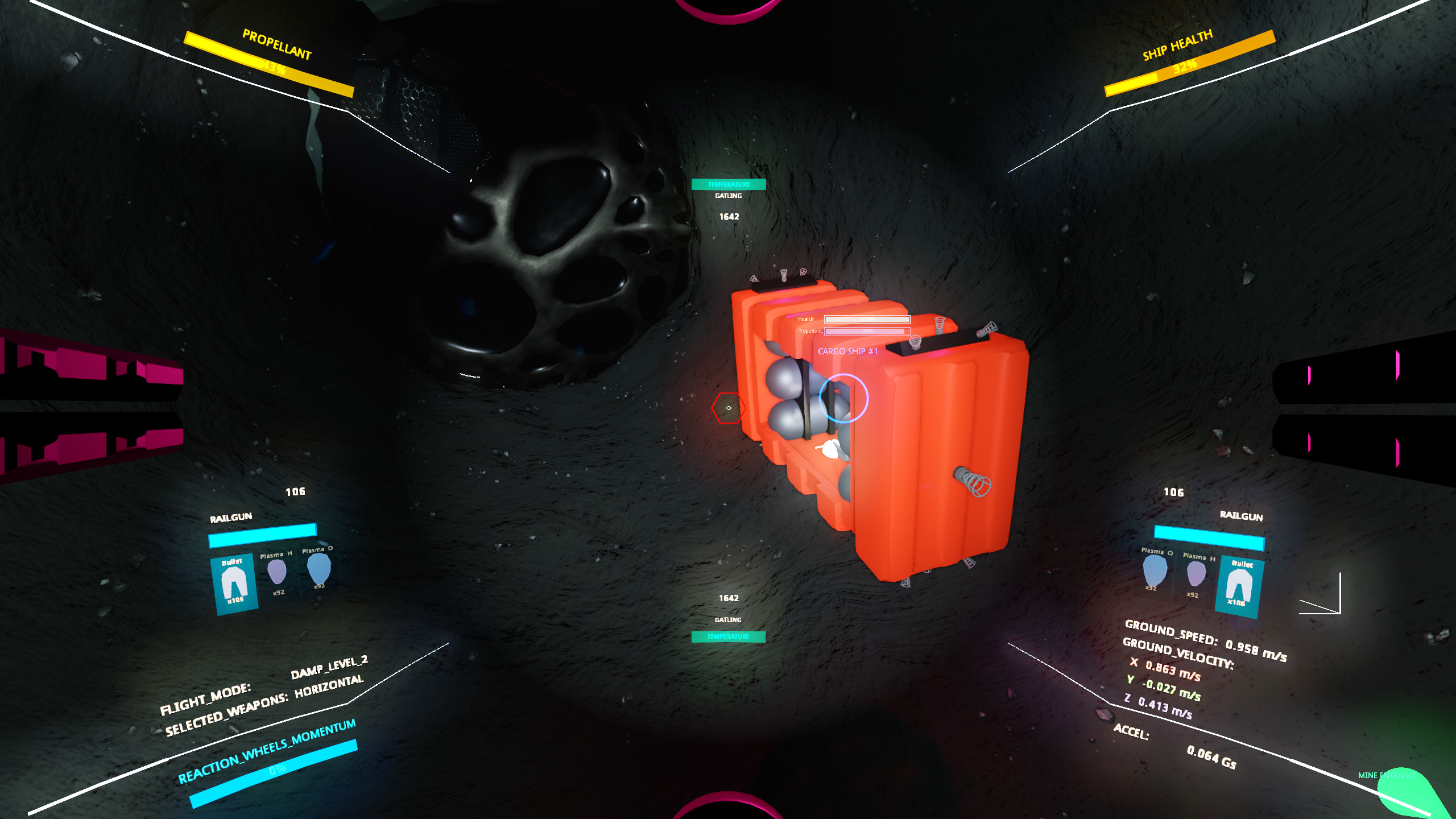 During the mission, you will face various AI weapon systems: there are drones, turrets etc. Destroy them and keep moving toward the objectives to complete the mission.
The Fighter Ship you will manoeuvre is capable of 6DOF movement. That means you will be able to translate left-right, up-down, forward and back, and rotate around any possible axis. This level of control, plus the high acceleration the Ship is capable of, will allow you to take on the various enemies.

Enemies will actively try to avoid your fire or try to shield themselves from it. They are made up of different body parts that can be damaged independently.
This enemy design will lead to different possible strategies when trying to attack an enemy.
For instance, you could focus your fire on a shield plate until it comes off and then fire on the unprotected enemy, or you can try to use a high G manoeuvre to hit the enemy from behind.

Mastering this level of freedom of movement will require some practice and requires that while playing, your mind forgets about the concept of up/down!
I believe the resulting feeling of freedom is what ultimately gives value to the experience.

In the next post, I will focus more on the implementation techniques I used for controlling the Ship and the enemies.