This won't be a huge news post today, as the news is on the light side. Firstly, the demo version of OreSome, Shipyard Mode has been updated to v0.9. This brings in all the graphic, efficiency and feature improvements that the Alpha version has had for a while now. Should be a nice jump for those that want to try the free version rather than the main Alpha. 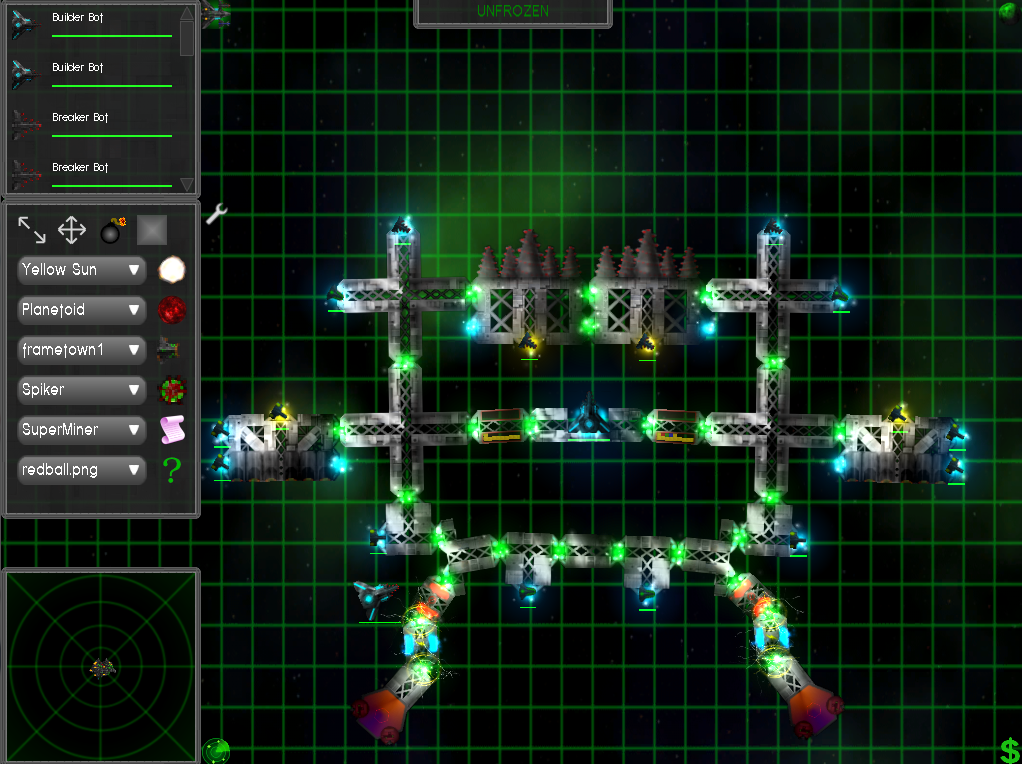 Coming soon will be general improvement, along with a few specifics for the multiplayer component. Ore pickups and projectile syncing is first on the agenda, with planets, debris and stars following soon after. That should leave the experience feeling a little less bare bones once those changes are in and the stability is patched up a touch. Hopefully, this won't be long in coming. A fractional improvement has already been added, as mentioned below.

Well, this time was brief, but with luck there will be more soon. So, see you later curious androids... but not too much later.

Freebies are fun. I clicked hoping to see a giveaway on Desura. But anyhow clicked on the link you gave for v0.9. Will give the demo a try.

Sorry to disappoint! However, I have been thinking about running a little competition to give away a few copies. Entrants would design ships/bases using the free Shipyard Mode and send in the designs. The best would receive a copy of the full game and the design would be put into the game for enemies to use. Get practising if you're interested!

Ok then. But the v0.9 demo keeps on crashing on start. I cannot run the .exe.

Sorry to hear it - could you post the crash dump found in your documents/savedgames/etc. to the bug report forum plus the details of when exactly the crash happens and it'll likely be fixed in no time.

I re-installed OreSome demo and it works. I guess I ran the install isolated and when changed to unlimited the error cleared.