Omen of Sorrow is a horror fighting game, in development since May 2015 by the best talent from SCL, with Art by the internationally acclaimed Genzoman (Double Dragon: Neon, Ultra Street Fighter IV, Hearthstone), Music by Francisco Cerda (Jamestown, Gunpoint).

We'll convey horror using a dramatic, dark and grim art style influenced by various sources; from the heavy chiaroscuro of Caravaggio and Rembrandt, to the dramatic framing of Tod Browning´s Dracula, to contemporary gore like Saw and classics such as Jan Svankmajer's shorts.

Each of the environments will have a distinct mood, but darkness will always play an important role and on each level you'll have ways to obscure your character. 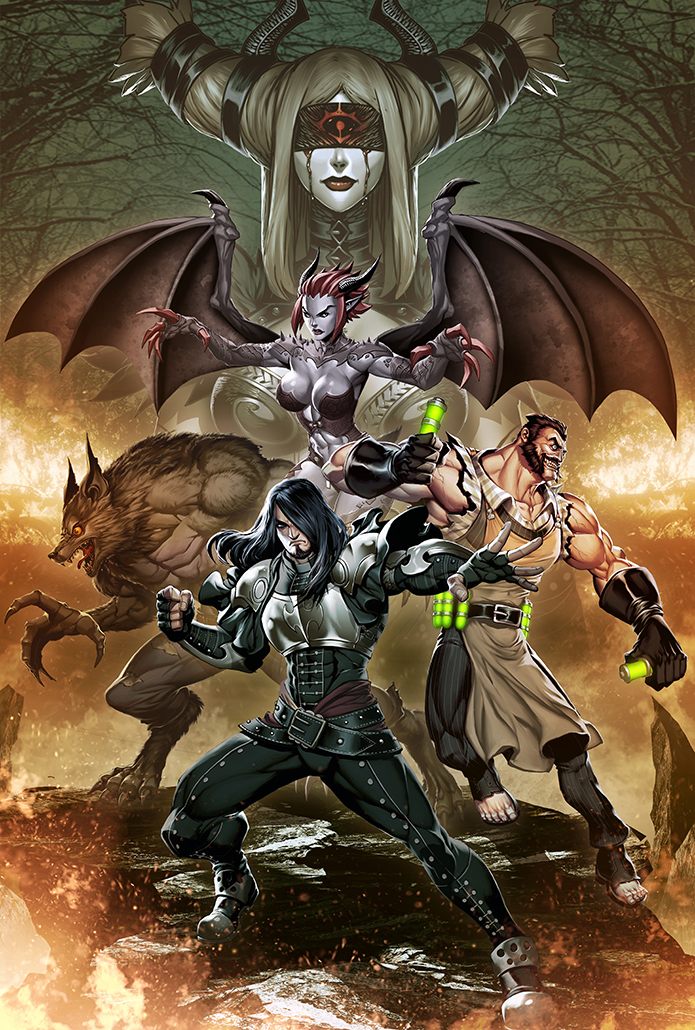 Omen of Sorrow's music is an ambitious mix of diverse influences, we want to integrate the traditional sonority of orchestral instruments and the ominous nature of gregorian chant with contemporary genres such as industrial metal and djent, infused with the energy of admirable soundtracks like Tsutomu Ōhashi's Akira and Tom Holkenborg's Mad Max.

Omen of Sorrow has been in development by AOne since May 2015.

Funded by the Chilean government through Corfo Capital Semilla and Fondo Audiovisual, we’ve attended Gamescom, MIGS and Festigame with the support of ProChile.

To promote Omen of Sorrow and grow its popularity (top games), use the embed code provided on your homepage, blog, forums and elsewhere you desire. Or try our widget.

May your butt reign supreme in Brief Battles! Use your underpants to fight your friends in this fast-paced, underwear-fueled party game. Out now on Nintendo...

Ravager is a 2D Open World Platformer with 12 unique characters to ravage your way across the land. Each character has different upgrade abilities to...

VR physics-based game created for the Unreal Engine 4 Spring Jam 2020 Find a way to get out from the frost office, use items to defend yourself and progress...

Demons with Shotguns is a competitive platformer featuring old school, fast paced, twitch style arena shooting action where you battle for the souls of...

If you both like playing cards with your friends and cruelty and carnage, you are in the right place! Some can say these things cannot be combined, but...