Thanks for voting and helping Olvand on it's quest to become the 2021 Indie of the Year. You are now in with a chance to score some free games. Help this game secure more votes by embedding the widget (or link) we have included below on your favorite sites.

This week, I want to tell you about a mistake that I keep making again and again, and give you an example of its most recent appearance.

Hi all! This week, I want to tell you about a mistake that I keep making again and again, and give you an example of its most recent appearance. The mistake is that I keep thinking that players will enjoy figuring out the game mechanics, so that it's not needed to be super-explicit about them. And every single time I (often subconsciously) make this decision, I later discover that people mostly ignore the game mechanic because they don't understand it instead. Let me give you three examples, so it's a bit clearer what I'm talking about:

* When I started with the fishing mechanic, it was just a matter of equiping your rod, and clicking on the water, hoping that you didn't let the fish go or break the line. I thought it would be a nice little puzzle to discover how to keep the balance between these two. However, to be honest, I didn't even enjoy the mechanic myself. Only after I added a stressbar, which simply showed the balance on the screen, and some sound effects, to signify that you were doing something, it became a mechanic that 'felt' nice.

* A similar story for shooting: because of the internal mechanics of the gun, there is some time between when you click the button and and when the 'bullet' actual reaches its intended destination, making aiming a bit harder than in a regular game. I thought this would trigger people to train shooting, and slowly but steadily become really good at it. Wrong! Instead, people only got very frustrated, because the weren't shooting at what they thought they were shooting at. Only after I added the aiming circle, which gives you direct feedback on your aiming, people actually seem to enjoy shooting a bit more. 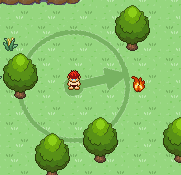 And these are only three examples of this phenomenon. I actually encounter it so often that I'm going to make it my first official game design principle:

This feedback can be general information, like the achievement menu giving you feedback on which achievements you already did, and which ones you still need to do, but often it's really direct feedback that you've pushed a certain button. There's a certain satisfaction from getting direct visual or auditory feedback on your action, and game designers should exploit that as much as possible.

Frustrating rewards
All right then, the most recent case of me fixing a 'give feedback, avoid mystery' case has (of course) to do with caves. You might remember that in the newly added caves, you get a new olb for your gun as a reward. In Olvand violet, when you go in a cave, you don't know which olb you're going to get at the end, which I thought would be really exciting. Wrong! Instead, I noticed players getting a little annoyed because they don't know whether their effort will be worth it, because they don't know whether they will be interested in the reward. And IF it then turned out the reward was an olb they already had, they got downright frustrated.

Okay, so in Olvand rose I have to show the reward at the beginning of the cave. Here's some things I tried, all of which felt a little off: 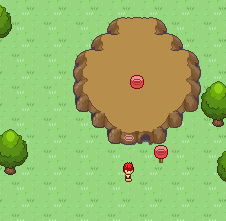 And this is what I'll probably go for: 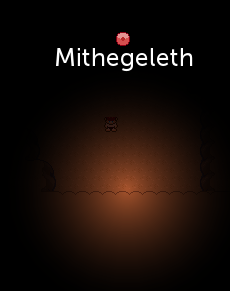 Once you enter a cave, you get to see a randomly generated name (about which more later), AND the reward at the end. I hope this will at least be a motivation for players to finish the cave, but hopefully it will also add the excitement I was originally aiming for. When I think of it, knowing what present you're going to get can still be pretty exciting :).