Oh Shoot! is a little dual cannon arcade shooter for iOS devices. Version 1.1 is currently available on the App Store and runs on all iDevices.

Can you fire a cannon? Try using two at the same time! Put your thumbs on a pair of rail-mounted cannons and defend yourself from strange invaders. Save the world with your dual-cannon skills! 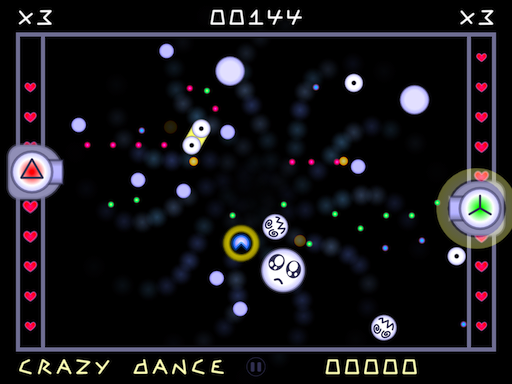 Yes! Oh Shoot! has finally been released on the App Store! For just a single buck, this fun little game can adorn your iDevice.


Now all that's left is... lots of work! Sitting back and relaxing is not an option at all. I have new levels to create, have to get used to the App Store market, must keep spreading the word about the game, and lots more.

The game now also has it's own nice web page, by the way, and I created a facebook page too. Anything to get some exposure!