Odins Call is a PC / Mobile game that seeks to go back to classic RTS roots combining elements akin to Populous, like Populous meets Settlers. Use simple controls for adjusting terrain to make the area better for your tribal village of Northmen, or issuing orders to launch attacks on neighboring players villages, and forts. While players grow their territory they control in this new world they must be mindful of ancient evils that stalk the land. Sometimes its not wise to send all your strongest warriors when the winter winds blow, and Grendel walks the land. 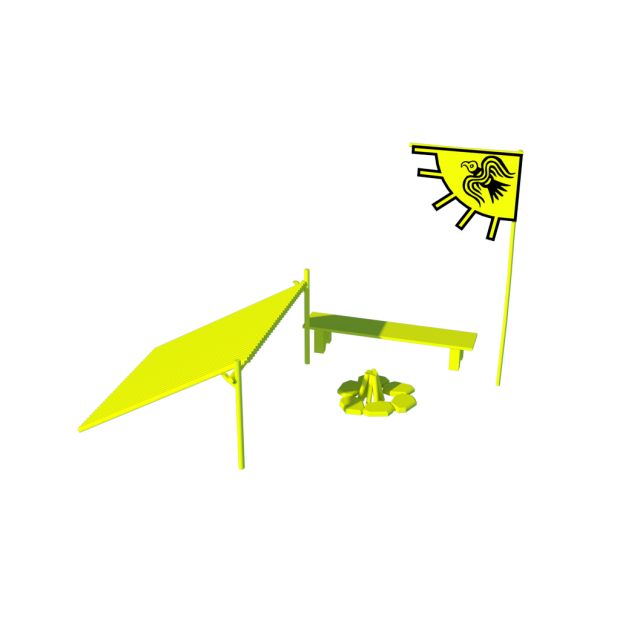 Low poly first level tile campfire, Players may select a tile that currently has a camp fire on it and select what direction a tile with campfire will improve into..

Tiles directed to go military root will be upgrade to watchtower and then over time as condition are met will grow into larger structures expanding coverage of the land.

All player starts with an initial watchtower structure and camp fires these will grow over time as player sets direction for tiles and shapes the terrain and improves conditions.

When a large house or fort structure is downgraded due to terrain or other conditions no longer meeting requirements for the current level of structure then any excess personnel or peasants will move to any structure currently having opening if non are available they will move from downgraded structure to a nearby tile and set up a camp fire.

It is from such camp fires that tiles can be upgraded to new military or population structures if conditions can be met...

Using forts to claim control of new area's while slowly growing ones population and getting them to expand outwards and to settle new tiles.

Camp fires serve as good visual indicator of unsettled population number, Population that are unsettled at camp fires are open to the environment and may be attacked by wondering animals or enemy armies on the march depopulating the tile of population that was was currently unsettled in that tile.