Welcome to an enigmatic world Novus Inceptio where a new gaming experience in exploring, building and surviving is waiting right for you. Experience sandbox world with survival elements and join us in creation a full version of the game.

Let's take a look together at the base creating the world of the "Novus Inceptio". The project developed by one person with the basic rules of creation, "Nothing is impossible".

Novus Inceptio is 3D MMORPG post-apocalyptic fantasy / sci-fi game. Its goal is to create a complex and fully independent world, regardless of the number of active players. Game style will focus on hardcore survival action, tactics and strategy.The project is being developed by one person and from which also affects the formation of the entire game world.

The whole world is made procedurally in real time. This is a complex mechanics of generating the surface, through the flora and fauna to different climatic conditions including the weather.

The world is made based on several factors:
Definition continents.
Density humidity.
Definition climates / biomes (altitude, density, humidity etc.)
According to other particularities defines the density of flora, maximum altitude, fauna and other specifics.
Everything can be easily converted into a 2D view:

Generation of the world is, therefore, as already mentioned, fully controlled procedurally in real time and including the different climates, where each has different weather patterns, both flora and fauna.There is a smaller sample of some biomes:

With regard to the gameplay and concept of the project is put very strong emphasis on high dense flora and supervision of the world. 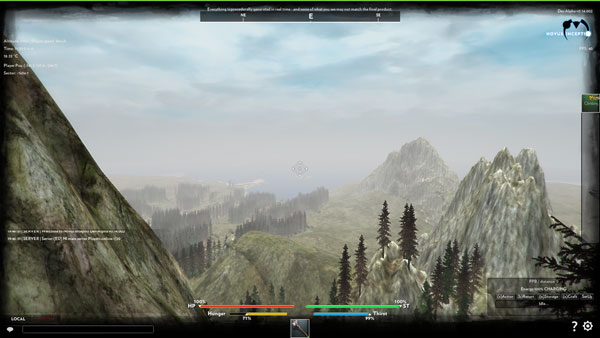 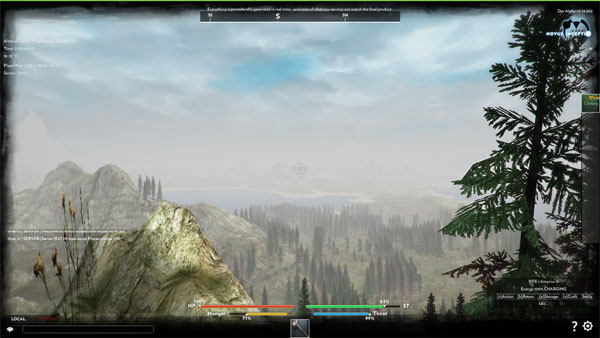 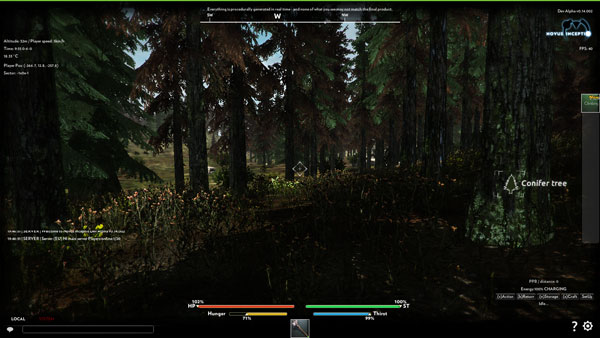 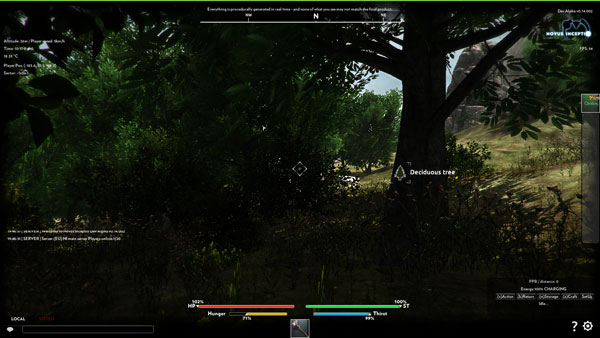 Logically, there is a change of time (day of night), but also the day, month and year.

With everything on the player while playing the hits can perform full interaction. Since the surface of the earth through the water, flora and fauna. The player in this is not restricted and can inherently do what it wants in its sole discretion. Including terraforming terrain.
Below a small video preview:

Next time we will look for more interaction with the environment, the basic game elements for survival, terraforming terrain and build a house.