The game is a 2D fusion of a fighting, platformer and a puzzle. Player will have a possibility to choose between 3 different heroes with drastically different fighting styles (actually i have plans for more, but it depends from the budget). Each one of them has unique skill and powers. Combo moves, shurikens, bombs, superpowers, air combat. Platformer part includes all cool moves to fulfill hardcore gamers needs. Running, jumping, rolling, sliding, escaping, climbing, falling, surviving, physic puzzles, freerun, platformer, fighting and multiplayer.

The game is a 2D fusion of a fighting, platformer and a puzzle. Player will have a possibility to choose between 3 different heroes with drastically different fighting styles (actually i have plans for more, but it depends from the budget). Each one of them has unique skill and powers. Combo moves, shurikens, bombs, superpowers, air combat. Platformer part includes all cool moves to fulfill hardcore gamers needs. Running, jumping, rolling, sliding, escaping, climbing, falling, surviving.

The main idea is that a brave hero fights dozens of monster of all sizes. Horde of small enemies, medium or huge like dragons. There will be a lot of big and huge monsters. All that parkour skill will be useful when you’ll try to slay a dragon, or some big and skilled demon.

Each hero is planned so that he could be played in a unique way. And by unique I don't mean that they would only have different animations. Well, let me show you what I mean:

That's our raw power guy. Huge sword, which can be used as a shield. Super fast dashes to close the gap or get away, arsenal of explosive shurikens and bombs.

Fearsome master of martial arts and mind tricks. He's an expert in hand-to-hand combat and energy manipulation, which allows him to hit enemies in close and middle range with by creating intense air pressure with his blows. Frog master has a natural ability to breathe underwater, jump high and create illusions, tricking his enemies.

This guy operates on steam power and has some built in gadgets like rockets and laser beam cannons. His mechanical strength and endurance allows him to use melee weapons and big guns.

And these are not all heroes i'm planing to add in this game. Some may be changed and some will be added.

Engine is powered with 2D physics. So there will be unstable, falling, flying stuff, which can easily kill a hero or a bunch of monsters on impact or, say, push them off the cliff. Levels are supposed to be dynamic.

Game levels are not planned to be easy. No sir, player will have to struggle through hordes of small goblins, vile demons, diverse mages, huge dragons, zombies, necromants, steampunk robots, gods, skeletons, demons, dragon, kraken, lawyers and more. And it's not about size. Each of the monsters will have it's own behavioral pattern and skill set. Fast movement, heavy armor, teleportation, curses.

Furthermore , player will also have to work his way through level environment like lava whales area, necropolis, demon graveyard.

And what else makes a cool 2d fighting game? Bosses. Big bosses. Crazy bosses. Difficult ones, that have their own complex fighting behavior. Well, ok, it's not going to be an easy 10-min run-though type of game. But obstacles are the fun part, right?

The game is planned with an extensive support of Multiplayer. Both cooperative story mode and Player VS Player battles. Because playing with friends is more fun. Since this is the game where it is easy to fall somewhere, a fellow player can revive his friend and use teleportation scroll to bring dead to himself for half of his life.

This is the world of magic and technologies. The setting if the fusion of fantasy and steampunk settings. The portal to demon world has been opened again by a powerful dark cult. And the demon king with his minions with hunger for war and blood encountered the world seeking for power, weapons and magic source. A team of warriors and mages has been assembled to oppose. With intense physical training and using inner energy warriors gain different superpowers like ultra fast moving or creation illusions. They can increase their strength to superhuman level. And become fearsome opponents even for strongest mages. One by one they will destroy demon king’s generals before they will face him in the big final battle.

Let's blow everything up!

Explosions. Because no game can exist without explosions. Showing some hero abilities.

Hi, everyone. Finally we have created kickstarter page for this game.

update #21. The Northman. I wanna my own sidekicks.

update #20. its time to portal and chew bubble gum, and i'm all out of gum. 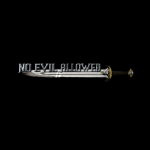 Tags
Embed Buttons
Link to No evil allowed by selecting a button and using the embed code provided more...

You are fired! Platformer