Never Go Home, is a re-imaging and sequel to Goodnight Game's mobile adventure game NGH: Never Go Home. This will be a hybrid game combining platforming, arcade space flight, and 2.5d mechanics. The player will explore a number of handcrafted and procedurally generated worlds, accept side missions and explore the depths of space, engage in a semi linear narrative, manage the sanity of your crew and plenty of things.

Post news RSS Development Update - Drones, Debugging and What We're Up To

It's been quite a while since we have revealed Never Go Home (and updates in general). If you haven't noticed, we've done a little reimagining (was formerly NGHII) and decided to shift production purely to a...

Posted by goodnightgames on Jan 9th, 2018

It's been quite a while since we have revealed Never Go Home (and updates in general). If you haven't noticed, we've done a little reimagining (was formerly NGHII) and decided to shift production purely to a PC/Mac/Linux experience instead.

The overall meat and Jones of the project remain the same. However this means a lot of conventions that are meant for mobile platforms will not cut it for our current target audience.

Now more details about the project. Never Go Home as previously mentioned, is a sequel and reboot to our mobile hit NGH. This time around, has you playing as the Captain of an independent vessel, tasked by a powerful corporation to find out one of their missing research ships.

Taking inspiration from SciFi and Horror of the 80s and 90s, and following influences from the likes of Metroid and Castlevania (hell even Oregon Trail) you, the player will explore this universe we created through platforming and ship control.

If you haven't, check out our teaser to get an idea of the cost still we are aiming for.

Though we are moving at slow pace to the outside world, it's relatively moderate internal. This is a big game, and it's our first big game on new platforms, so we are declaratively still learning along the way.

Our new artists had done extremely well in capturing the initial visual style for this project. He has been hard at work providing some very basic concepts to mull over and block out in 3d form to determine how they look in the game world. 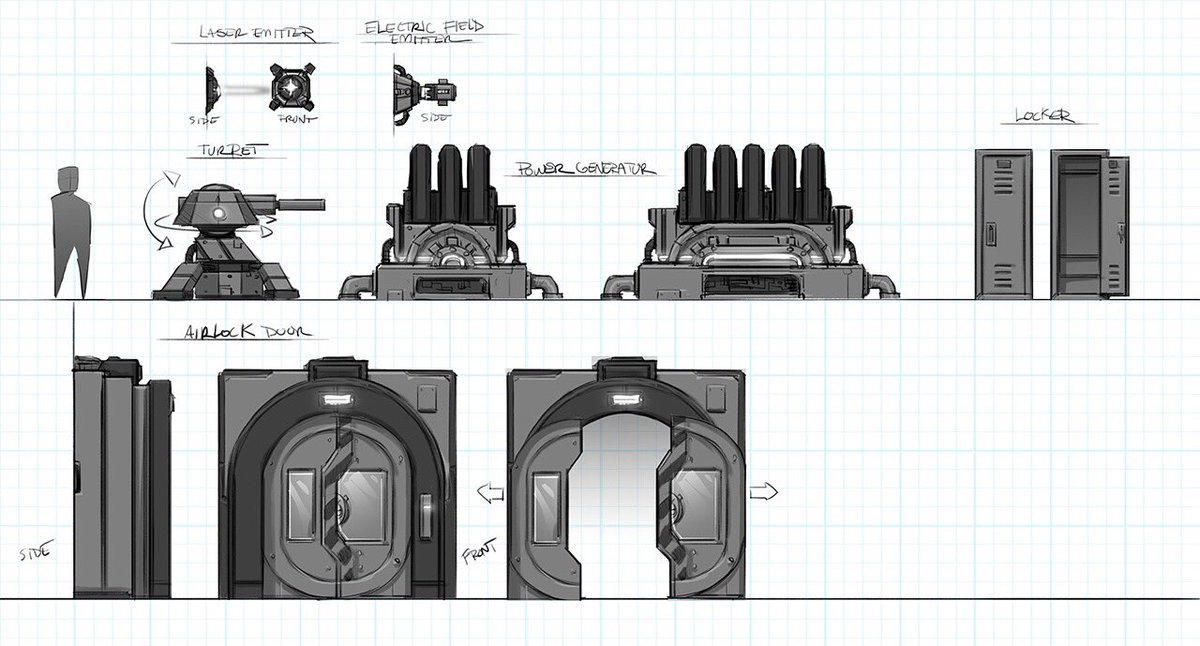 With the mix of sprites and 3d elements, we have to maintain a level of caution and consistency so that the two styles work cohesively and do not contrast too harshly with each other. It is an ongoing battle finishing these facts. How many movies, shows, or games have you witness include particularly dated our the shoddy use of 2d/2.5d/3d work?

We're trying to avoid that as much as possible.

In other news, we have also been fleshing out or enemy behaviors in a rather rudimentary and straight forward fashion. The boss was very adamant in having most "basic" enemies be straight forward in what they do, a point and nod to the days of Metroid and Castlevania, where enemies and hostile effects usually had one attack and movement pattern that is carried upon.

The same can be said here with this project. But our approach, which includes not v using behavior trees (I can hear you collective gasps) also is the ability to quickly modify the enemies behaviors to include or not include something else. This is especially important v when it comes to the NPC variant of many of the endless we have. Not EVERYTHING wants to kill you!

Here the little robotic drone we showed in the teaser. Alright, I'm going to be giving away a lot here, but in a "look careful and you'll miss it moment" they actually don't do much, outside of turn toward you and shoot. We have some hostiles that inherently do that, but for a hovering drone that's not particularly fun to deal or look with.

So we've worked to fix that.

And get it to properly keep it's distance from any type of terrain, whether it's ramps stairs, etc. It's really nice seeing it putter back and forth on its patrol, bobbing up and now.

In concerns to level design. . .

We are still playing around with that. If you read some of our precious entries, you'll notice we are working with a hybrid handcraft/procedural system. This allows us to draw on techniques used at the time of the SNES/etc but allow for the incorporation of modern sensibilities. One of the clever things though, is a neat little performance thing. Essentially if the player is a cell, then only those adjacent to it will be visible, and anything within those cells will also be visible and active. This cites down on a lot of backfiring processing being handled, but with the way it works, gives the illusion that everything is persistent and happening regardless if you are there or not (which purely data wise, is true). It's nothing new, or completely revolutionary, but it's a clever trick that has a lot of use.

That said, I think that's enough for now! If you have any questions, comments, suggestions, etc please let us now. Should you wish to keep you to date, be sure to visit our website and sign up for our newsletter.