3 months ago, a repository accident shook our studio. What's happened since then?

Hey guys, hope you're all fine!

A lot has happened since our last devblog, so LET'S CATCH UP!

3 months ago, the .meta files of NetherWorld scenarios were seriously damaged due to a repository error caused by an old .gitignore file configuration. 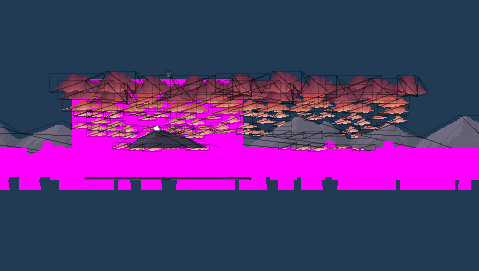 This means that NetherWorld scenarios (including everything placed on them like cinematics, NPCs and the rest of visual elements) were overwritten both in local and cloud.

We spent several days and nights trying to restore the original files, but it wasn't possible.

Despite the bad news and our temporary mental breakdown, there were reasons to be optimistic: Dialogue script was fine, game code was fine, and visual assets as individual files were fine too. That meant we still had all the pieces of each scenario, and our job during the following months would focus on putting them together again (as well as working on new assets).

That unfortunate event made us realize there were several parts of the game that could be improved, but we couldn’t due to the structure of a game that was started on 2016. So we had a last chance to apply all our gained experience during these years to improve old code, optimize functionalities and use new tools that would speed NetherWorld up and make the future development easier.

Here’s all we’ve achieved since then: 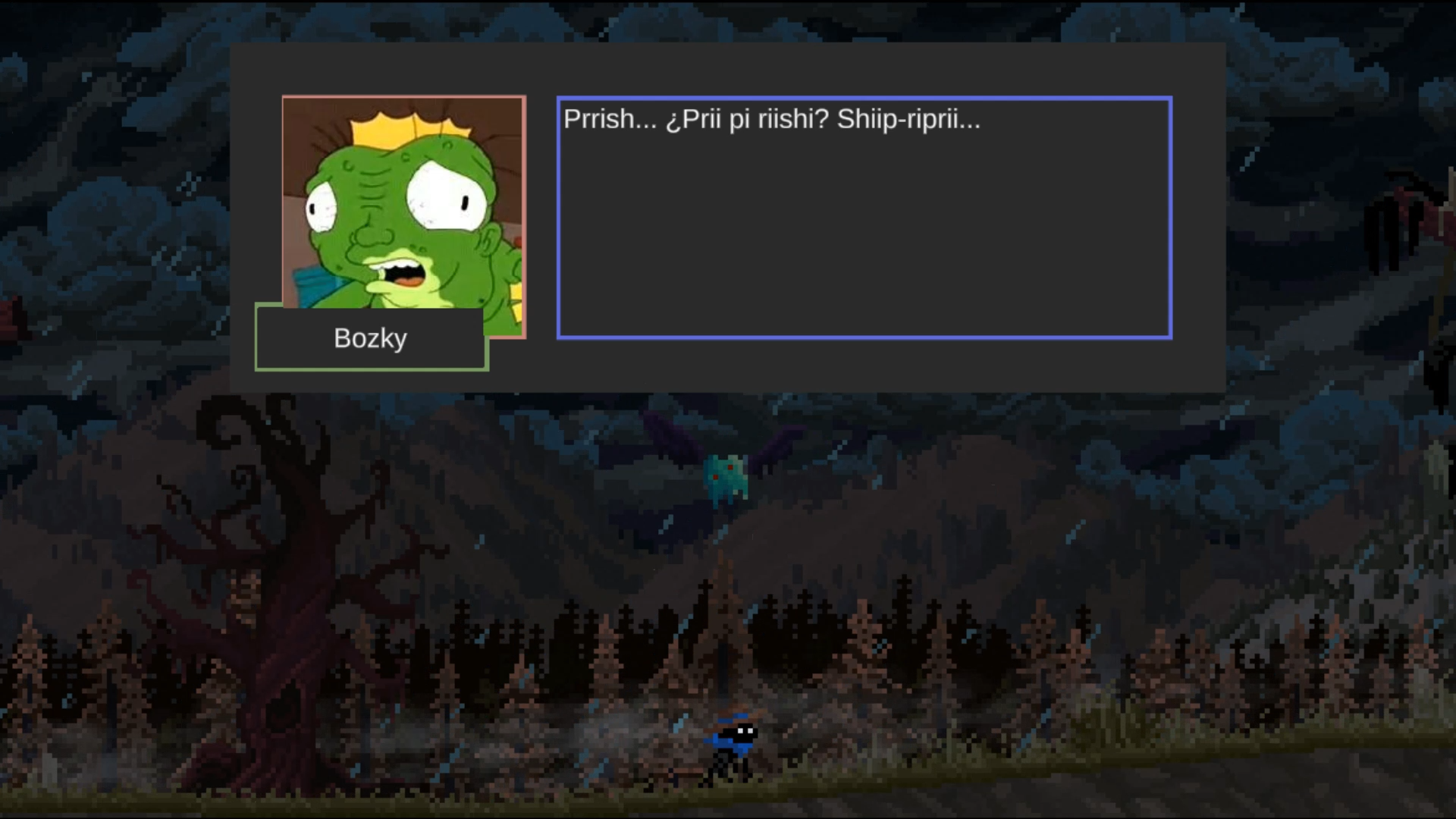 As you may suspect, dialog UI and Bozky's HD photo are not final. 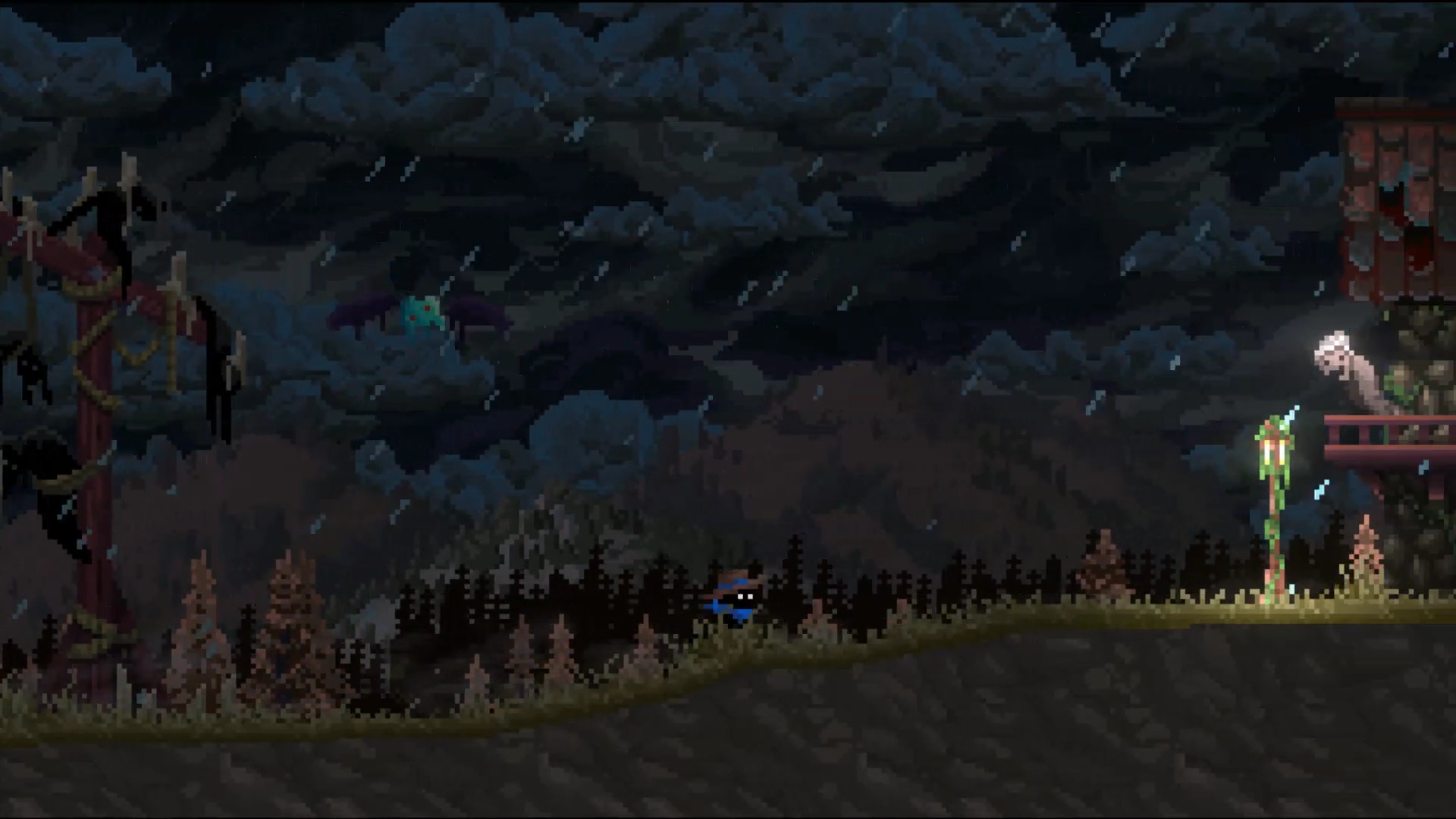 Keep reading to watch the scene in motion!

Sorry for the GIF compression... Barman Bobb is ugly, but not THAT ugly.

Pandemic and confinement have affected us in many ways, not only at work but in our personal lives too. Due to personal reasons (basically LIFE), our incredible and talented artist Isa asked us to step aside from the project. As a little family who has been working together for nearly 3 years, that’s tough. However, the nº1 priority for us at Hungry Pixel is health (mental and physical).

But don't worry, Isa is not leaving the studio! We love her, we’ll miss her, and we wish she can come back for the next Hungry Pixel shit with recharged batteries! <3

Not gonna lie, it was very difficult to find someone who could continue Isa’s amazing work. After many weeks and interviews... WE DID IT. 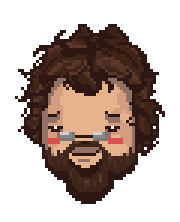 Look at him... What is he hiding behind that smile? Let’s see what this guy can do!

Wait… Did somebody say NEW SCENARIOS? In plural?

We already had old snow assets from before starting our 2018’s Kickstarter campaign, but they needed to be upgraded to maintain the current visual quality of the game. Here's some of the changes! 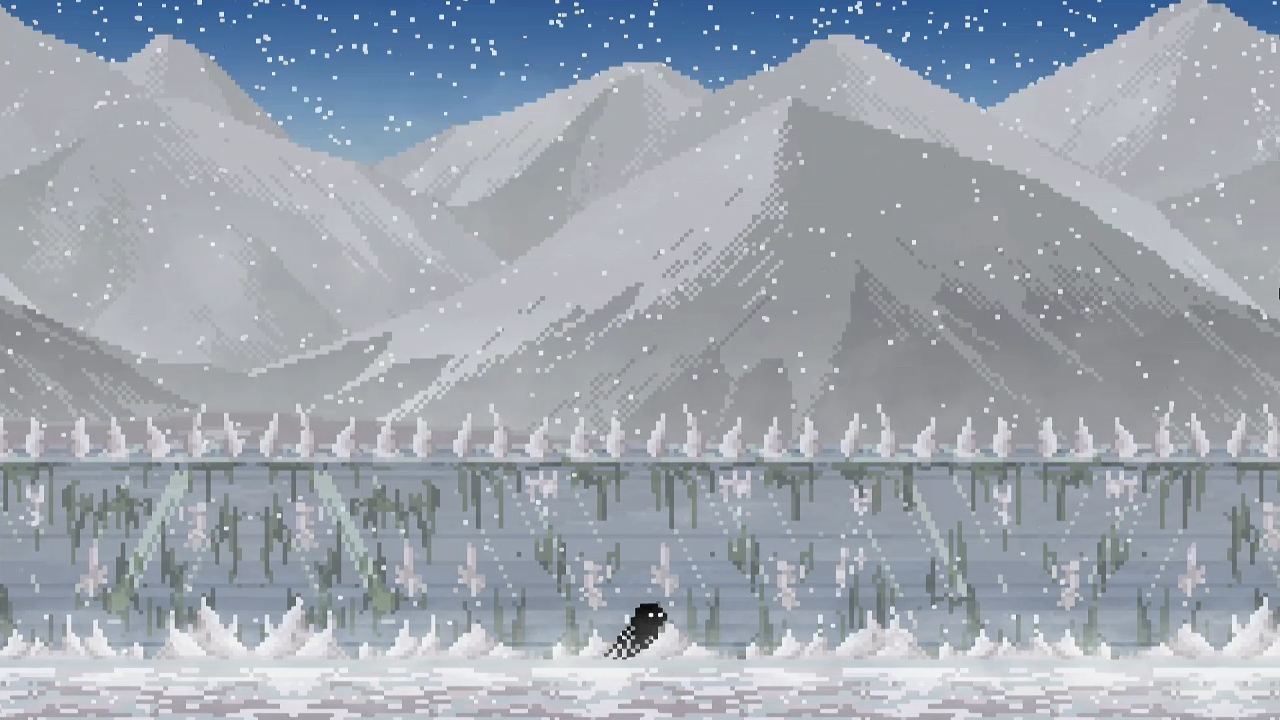 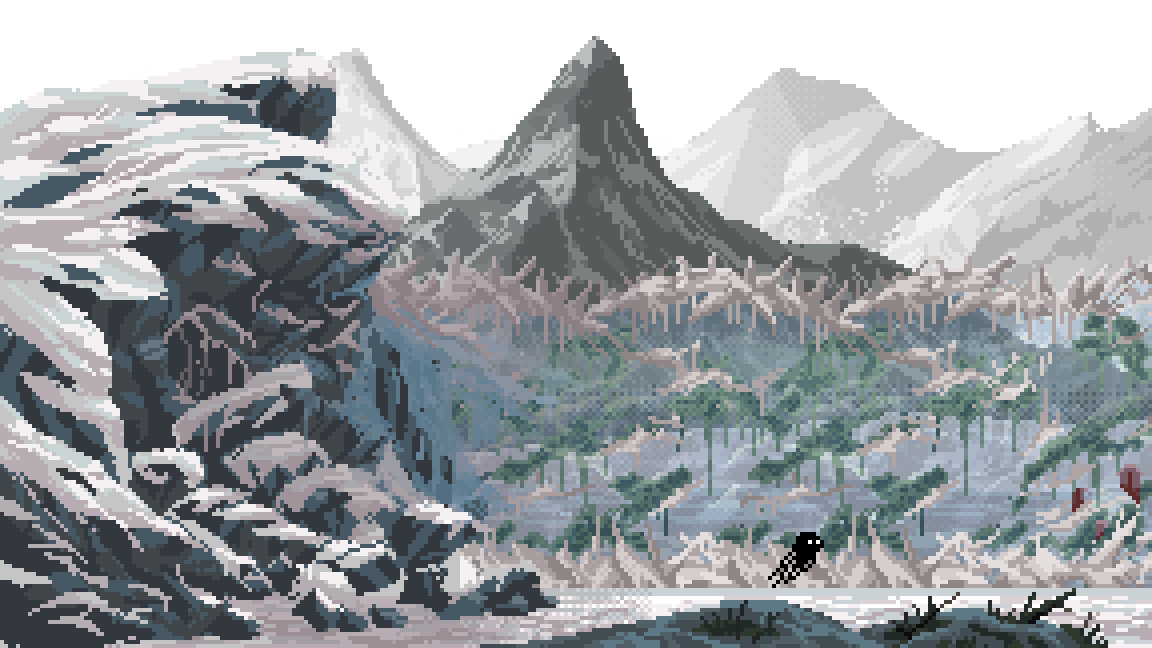 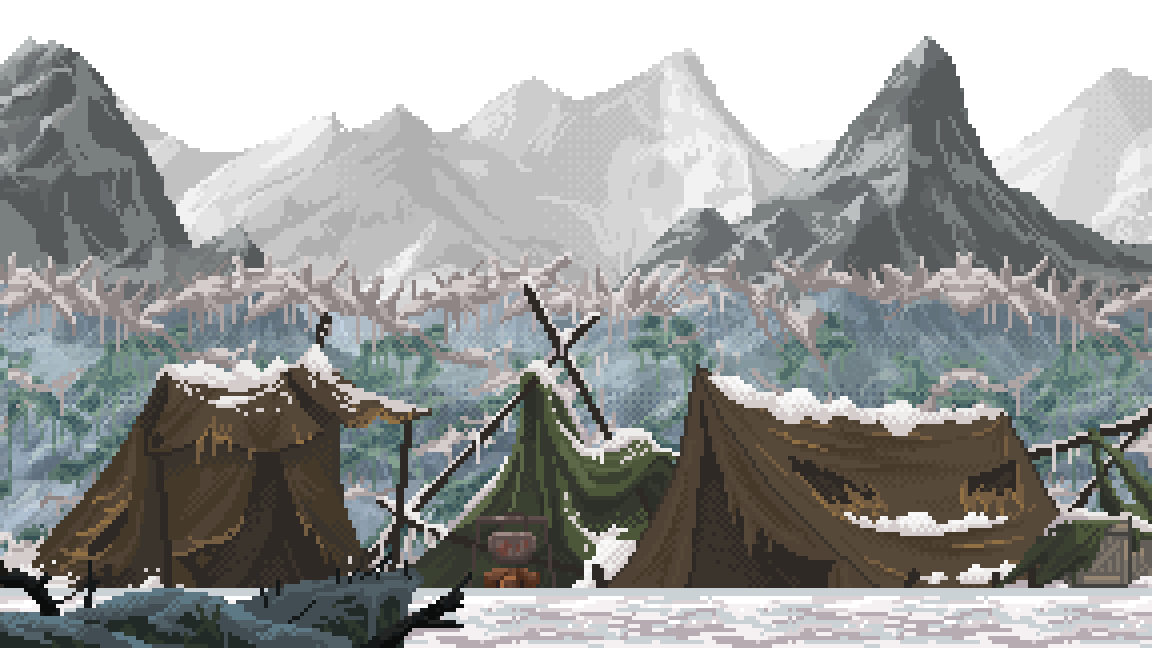 …or the official Stalkers, one-eyed creepy fellas that live in tribes along the ice wall. Well, technically they live IN the wall. People call them stalkers because… y’know.

Broken Bridge is literally a bridge between 3 scenarios:

It connects with the Snow Scenario vertically, and the Forest (left) and Gas City (right) horizontally.

Gas City was once home of the finest inventors and engineers, and that’s shown even before entering its gates:

Visit the ice wall with the latest technology in elevators!

We’re really proud of Gas City Gates too. Hope you like them! 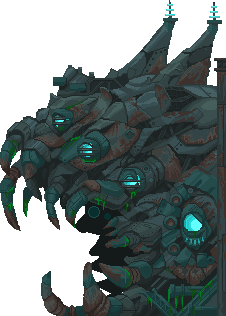 Sarah was once member of Gas City’s special operations unit, and now a mutilated exiled living in a mass grave. She will have a VERY important role in the story.

You’ll have to cross Broken Bridge several times for many reasons. Maybe the Fisherman can help you out with some of them…

As you know, one of the main priorities these months was to rebuild the scenarios we already had before The Accident: Deumanville and Mordisco Desert. Thanks to the great art production rhythm finishing the Snow and Broken Bridge assets, we’ve been able to improve stuff from the “old” scenarios too (and also adding new assets that were pending).

Medoo’s hometown has experienced several changes due to slope system implementation, new skies (both night storm and sunset), new rain particles and also visual upgrades for the grass, trees and mountains (some colors may change in the future).

One of the things we hadn’t added yet in the previous versions were graves. NetherWolians have the tradition of hanging their deceased love ones. The higher the corpse, the easier for Wormpink to see them from above, eat their souls and puke them into the Holy Swamp.

In the next update we’ll talk about the upgrades we’re doing to Mordisco Desert!

Anything related to Tick Joe deserves its own section. Here’s some of the termite-mound-like entrances that will allow you to play Tick Joe’s minigames! Each scenario will have its own design.

Aaaand that's it for now!

If you have any questions, please comment below or send us a mail to info@netherworldgame.com.