Cybernetic bodies are the norm and death is a thing of the past with the N.E.E.D. insurance system. Such a system has brought on its own problems with a never ending struggle for control and territory in a battle ridden city.

Cybernetics define who you are, what stats you have and what skills you can use. Your gun has too much recoil? Better put some stability modifications into those arms of yours. Kept being heard while using a stealth cloak? Reduce weight of cybernetic parts to move softer. Customising your character with items found in the field is a key part of survival and your training.

"Just as a reminder, whatever you can use, so can they."

I will start off with a confession; I was very hesitant announcing this game. Even now I feel it's very premature, but it's something that I feel needs to be done now rather than when it's too late! Late as in, just about to be released late... So let's talk!

N.E.E.D. will focus on a city that has very advanced cybernetic technology, you can transfer your whole mind to a cybernetic brain and never run the risk of dying, you're just simply uploaded to a backup insurance server and placed into a new body similar to the one you had when you "died". The problem with this is that it's quite expensive, and therefore you need to retake training in a virtual reality simulation so you die less often out there, this is where N.E.E.D. Zero takes place. 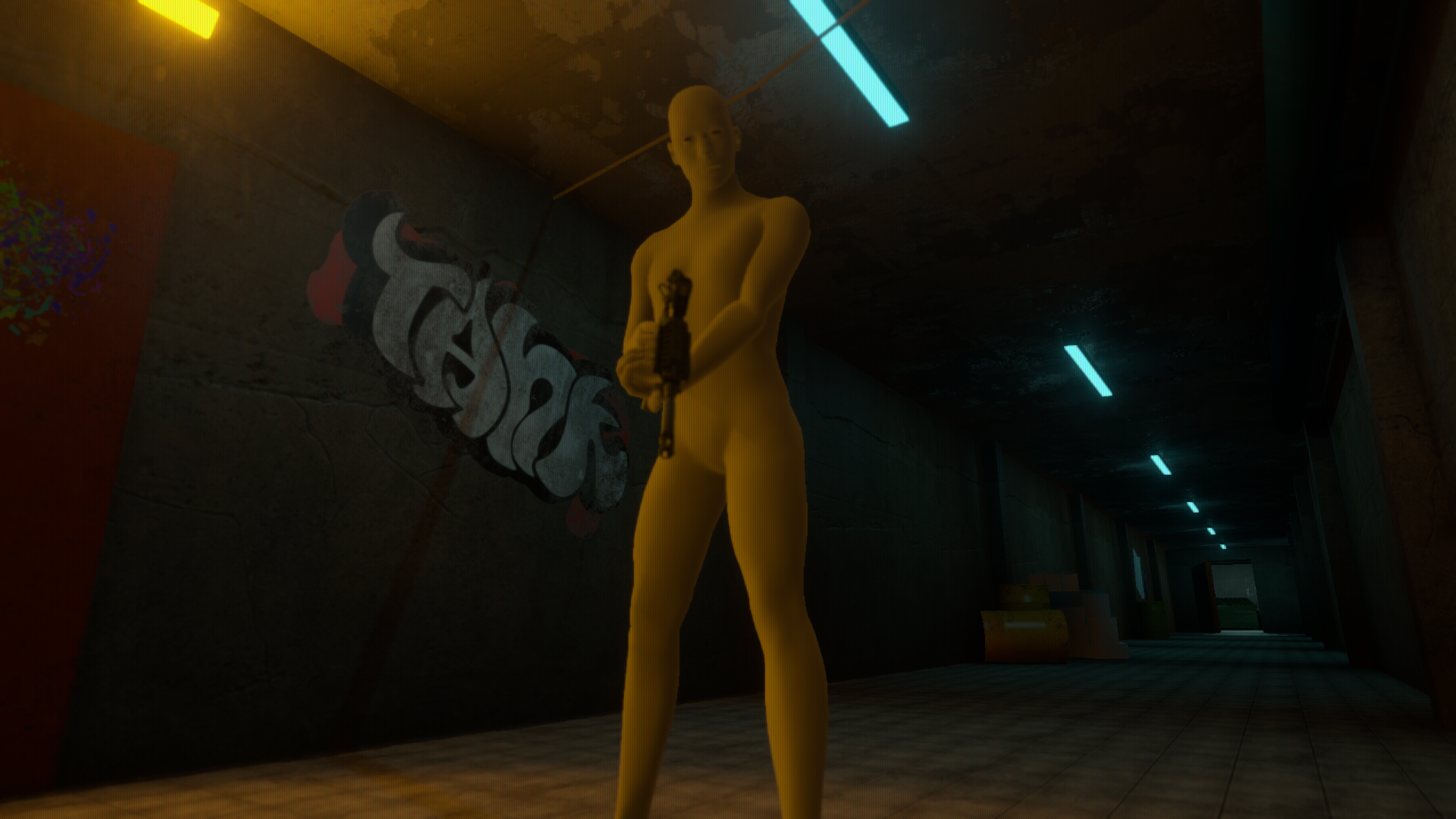 N.E.E.D. is an action RPG inspired by games such as Diablo and anime like Ghost in the Shell. I was tired of the fantasy genre being the dominant type in such games and wanted something a little different. N.E.E.D. started off as a very ambitious project, especially for a one man team, but is something I really wanted to do.

As with most ARPG's, loot, stats and skills mean a lot. N.E.E.D. will be no different, gear matters and will purely determine how strong your character is, your level is in fact determined by the average level of your gear.
As an example of a brief item setup...
- Arm cybernetic (G.Level 12)
- Skill Mod Grenade Launcher
- Mod +Strength
- Mod +Technical

So you would equip a cybernetic part to a given location, and then equip a skill to a skill slot. Then the remaining slots would be a random amount based on item quality to affect stats etc. You may ask, "These games usually have level requirements though? How exactly would this work with this game if it has one?"
True, they do, and so does N.E.E.D. But it's not a case of not being able to equip an item that just dropped, that would suck. What will happen is that it will have a "Recommended stat level" to be 100% efficient, so you can always equip an item but it may underperform depending on your stats. Think of it like low end machines trying to run demanding games!
So what makes this game challenging? Enemies have access to the same gear and skills you do. The goal is to make it feel like a PVP match, that you're fighting enemies that are not your average damage sponges, but ones that will give you a run for your money. In the world of N.E.E.D., they're in the same situation as you by partaking in this virtual reality simulation to train. You need to think on your toes, and not just have a good setup, but be damn good with it too! 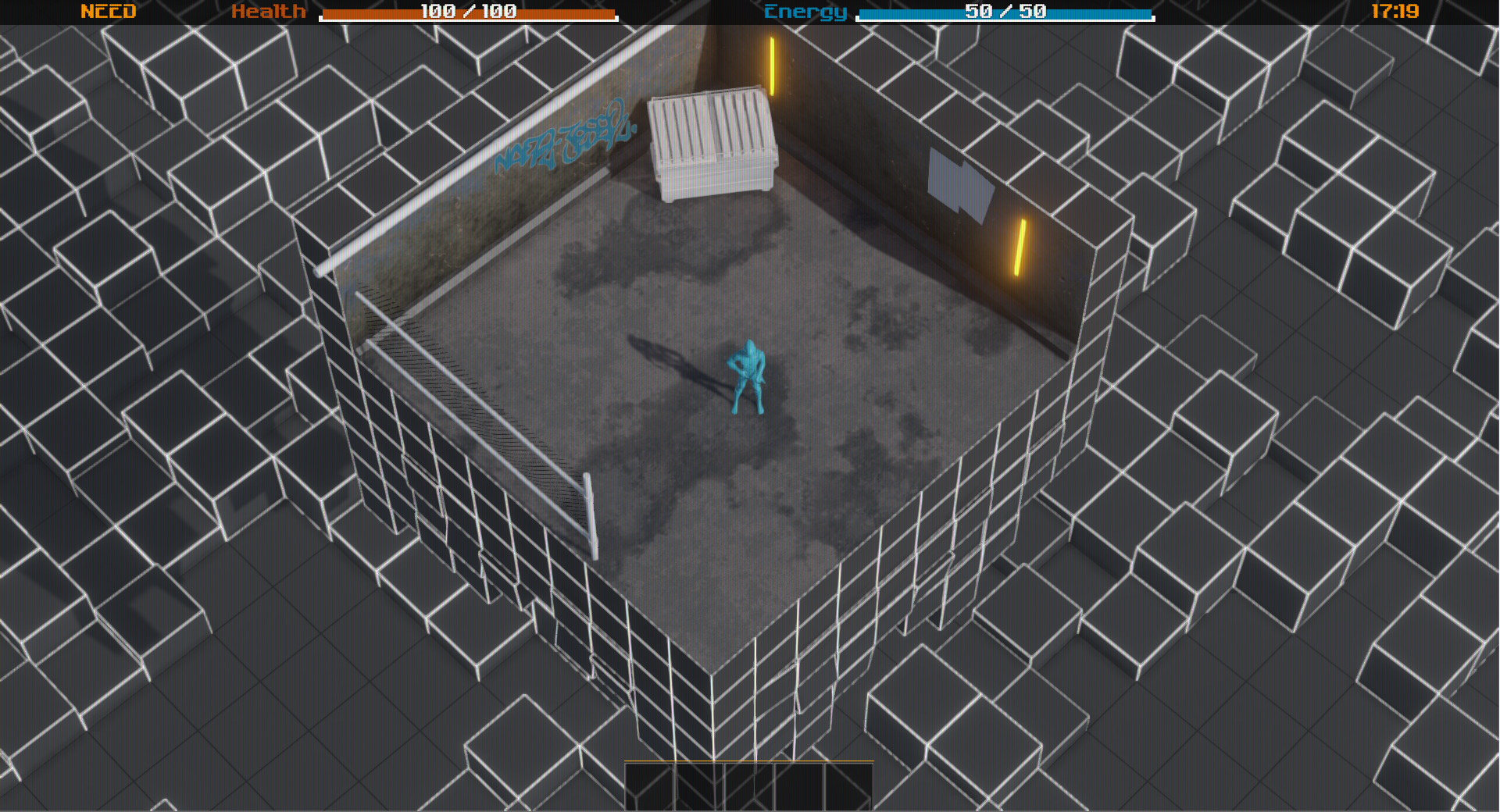 I think for a brief description of the game, this is a good start. There's a lot I want to say, but I don't want to overwhelm anyone reading this with mass amounts of text. I plan to write articles that go into more depth into the features of the game in the future, but for now I will leave you with:

The not so Frequently Asked Questions...

What does N.E.E.D. stand for?
Can't say. That would be a spoiler, and not even for this game...

THIS GAME!?
I would be lying if I said there wasn't a story planned out that spanned across multiple games. This is a prologue (hence "Zero") of my original game idea, think of it as a bitesize version of what I had in mind when I began this whole project and something to get out and wet people's appetites. It's incredibly ambitious, but a story I want to tell. So I'm doing it.

Will there be difficulty options?
Current answer is yes. Due to enemies having the same equipment and skills as you, a buff to you is required for balancing issues. The hardest difficulty currently makes it a 1:1 scenario though and feels like a very unfair one sided PVP match.

Will there be co-op?
Unfortunately not, maybe in the sequel if this is successful enough. This game is purely single player due to limited resources and is dedicated to that.

When do you plan to release?
I am hoping for an early access release in the coming months, but I am continuously judging the amount and quality of the content that would be part of such a release, first impressions even in early access still matter! So this is subject to change.

Will you do a Kickstarter?
99% chance no. I've been part of a successful kickstarter before, and I saw how much work had to go in one. I rather just spend that time working on N.E.E.D. rather than managing a Kickstarter to be honest and getting the game done. It is just me working on the game after all.

Wait, it's just you?
Just me. Well, I may be getting others to help eventually in some areas I have no experience in (such as music), but the vast majority is just me. I also use a lot of third party resources for the stuff I can't do well (asset store etc). They helped too! Now I'm rambling...

That's all for now! I hope you liked what you read, and I hope to bring you more exciting information soon!