Mystic Hammer is a genre mashup of a lane defender strategy game with an Action RPG. Unlock powerful abilities and new characters while following a compelling story throughout multiple environments.

Place your units on the battlefield and customize your hot bars to create the perfect strategy for each level. As you uncover secrets about the hammer you came across, you will be able to absorb abilities that use energy to directly affect the battlefield! Learn powerful combinations of abilities and units to get yourself out of a tight spot! The customization as well as variety in choices make it such that no two levels play the same!

Unlock the truth behind the hammer and it's origin. Travel through multiple environments and come across various characters during your journey.

Level up your main character to increase your health and energy to cast powerful abilities. Also level up your units on the battlefield with items that will allow them to persist their strength through other levels.

Fight against unique bosses that have different mechanics requiring you to switch up your strategy or gain more levels to become victorious!

First, Mystic Hammer is now 40% off for this week! Come check it out! If you are a fan of Plants vs Zombies but also love RPGs and crafting: This might be your jam!

Second, Mystic Hammer development moves on even post-launch with free updates coming soon(ish). Here is a peek of what I'm working on. It's a rough draft, but here is the idea:

Hammer Skills (Talents) - When you level up, you gain skill points to put in your hammer. The base level of each ability has ten points. Each point will increase Direct dmg, Damage Over Time (DoT), Healing, or Healing Over Time (HoT) depending on what kind of skill it is. The fun happens when you max out at ten points. You will unlock the skill's "Mastery". 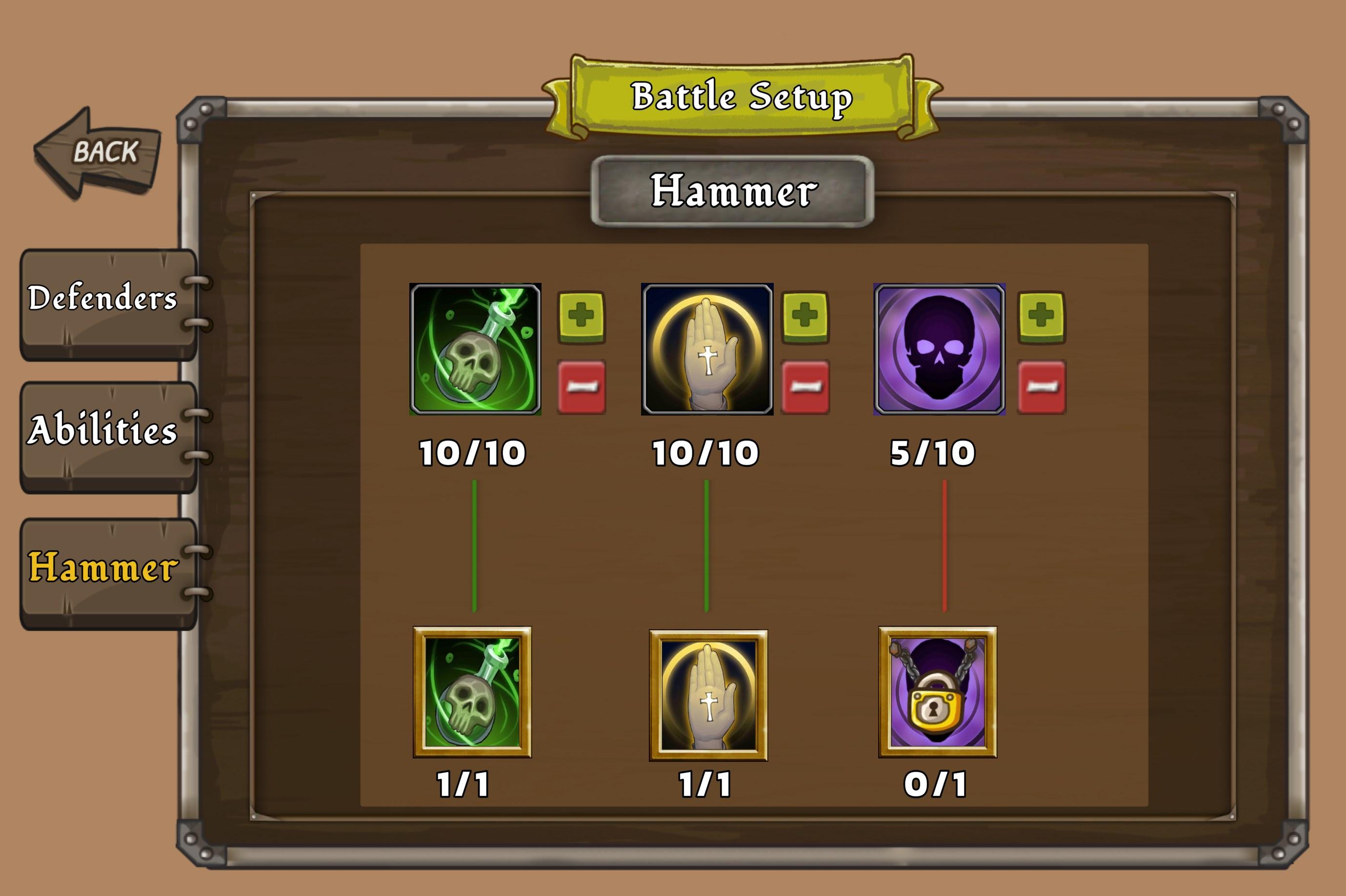 Mastery is where it will get interesting. Tired of casting poison multiple times on the field of battle? Be a master of poisons and inflict all five stacks of poison at once! Tired of your super tanky high-level paladins getting healed for a static amount? Healing mastery will convert HP healed to % of Max HP healed. This means higher level tower runs so you can start scaling!

Look for this update soon(ish)! Enjoy the game and thanks so much for the feedback. Tell your friends!

Also, the video from MrJuiceBags on Youtube playing Mystic Hammer just got over a thousand views! Check it out!

For those of you who have missed patch 1.3, I added better scaling for tower difficulty. Here is a screenshot of how crazy it can get when spawn rate starts picking up dynamically! 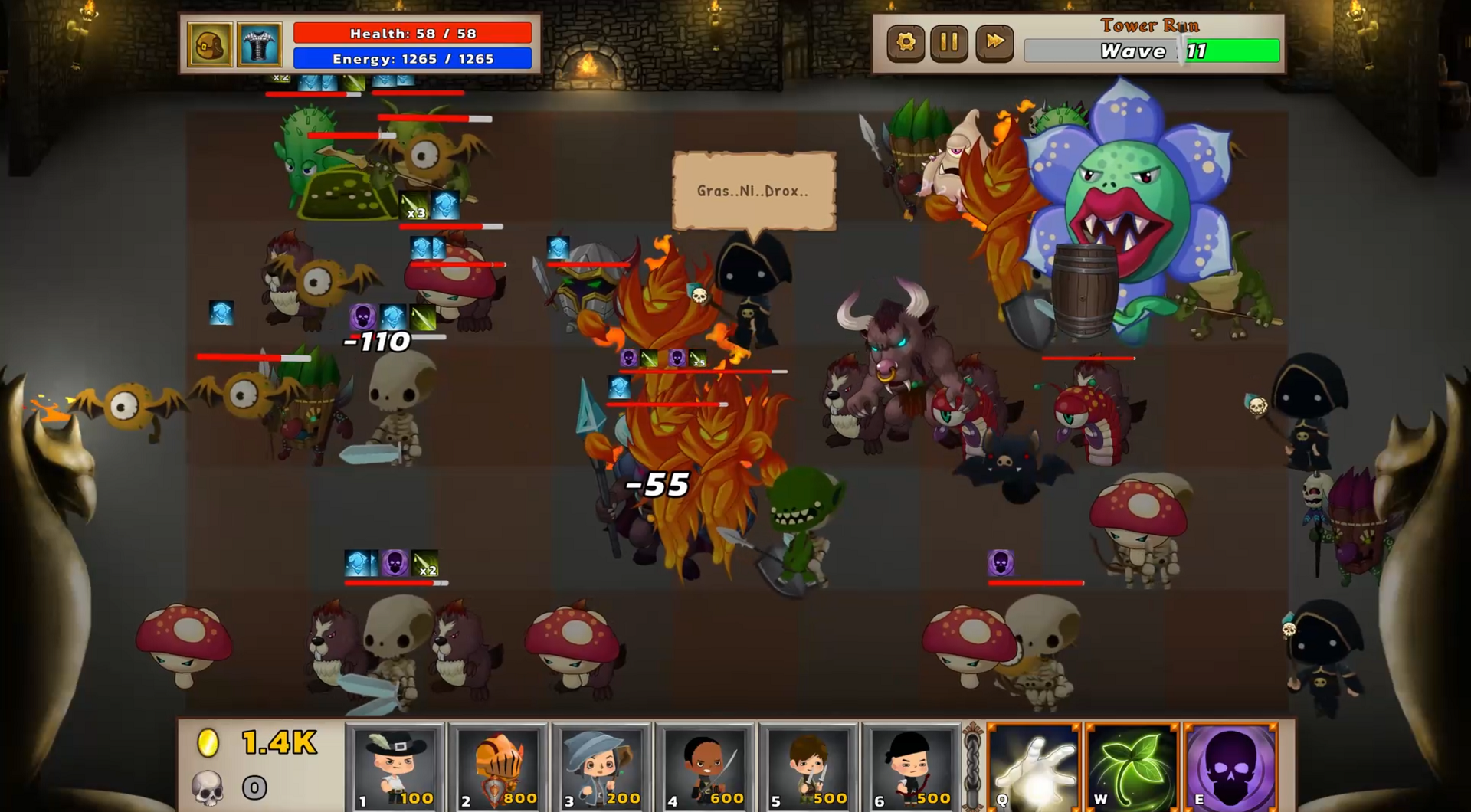 Not to mention, teleporting ninjas have gone crazy! There was a rework in which they became much easier to use. You can now select their portals and upgrade them even if they are in the middle of teleporting to the opponent's face! 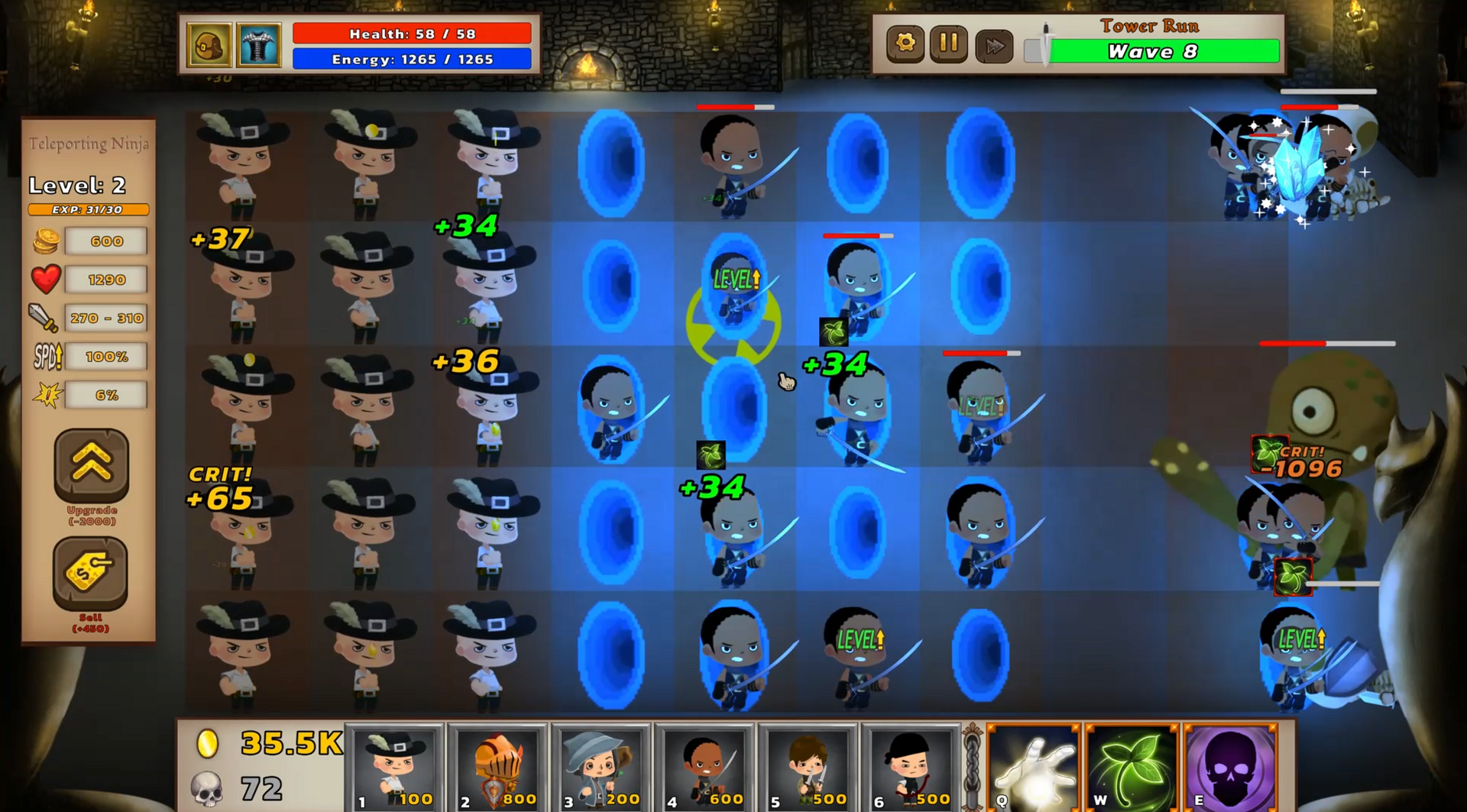 On a more personal note:

I'd like to close with a little video I made about PozziSoft's next journey. The venture into 3D!

Mystic Hammer, a Lane Defense / Action RPG is releasing TODAY on Steam and Itch! Assemble your army across 50 campaign levels and 120 story waves as you...

I am happy to announce several improvements to Mystic Hammer. It now runs successfully on Mac OSX Catalina. I also updated several parts of the game including...

It has been Six months since the last update here and a ton has changed. Revamped many of the screens and added a whole bunch of new features.