Mutiny! - A Game of Treasure and Treachery! Form a crew with friends and work together to survive enemy waters, collecting treasure as a team and keeping your ship afloat. But watch your back! Everyone aims to be the richest pirate of all, and will betray you in a second for a few golden groats! 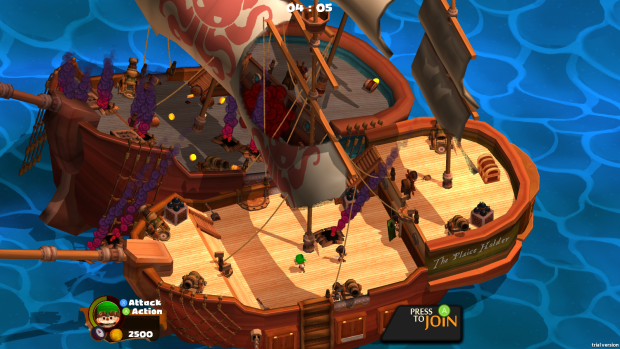 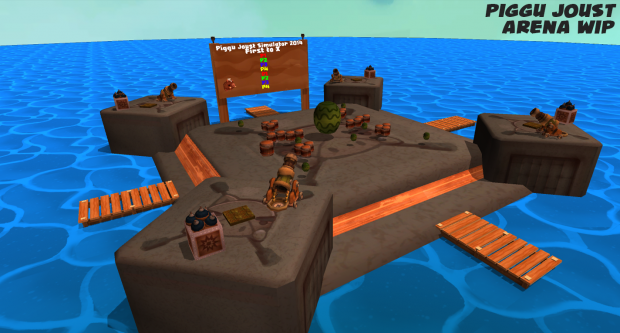 Thanks for voting and helping Mutiny! on it's quest to become the 2021 Indie of the Year. You are now in with a chance to score some free games. Help this game secure more votes by embedding the widget (or link) we have included below on your favorite sites.

Creature in the Well

Today is Hidden Armada’s 2nd birthday! Feel free to start singing and help yourself to some cake!

Reaching 2 years as a studio isn’t just a milestone because we like levelling up, but because we’ve found our feet and matured
(a little). There’s still plenty for us to discover, but we know the ropes now, we’ve weathered storms, and the new challenges we face will be a little easier to navigate.

Back in 2013 Hidden Armada was just a name on a piece of paper, and this time last year we were in the thick of a Kickstarter campaign. When it failed we went pretty quiet about development besides the occasional tweet, so you’d be forgiven for thinking Mutiny was dead in the water.

Lots has happened since then, but Mutiny is alive and kicking!

We took on some contract work to keep the studio sailing, and demoed Mutiny at gaming events... LOTS of gaming events!

Thousands of players have screamed and shouted at each other while battling for booty at gaming events like Insomnia, Dare Protoplay, Gamescom, EGX Rezzed, and even Minecon (!). We’d like to thank everyone who’s played the demo for giving us their support and such fantastic feedback, both positive and negative, which has helped us improve the gameplay considerably since last year.

To celebrate our survival of another year, we’ve made the latest alpha build of Mutiny available for EVERYONE to enjoy!

However! Attending all these events has resulted in development being been MUCH slower than we’d like, so we’ve decided to take a break from shows for a while, and focus on making some big steps forward with Mutiny so we can wow you all in 2016.

We’ll be doing our best to show you more of the game here, with more frequent updates (shouldn’t be difficult!), and to kick that off, lets answer the top 5 things we get asked at EVERY SHOW!

1. When will Mutiny be finished?

Honestly, we don’t know for sure, but we’ll be very upset if we’re not finished by this time next year.

2. You got Greenlit on Steam ages ago, why can’t I buy Mutiny in Early Access yet?

We got Greenlit in March, which was awesome (and kind of unexpected), but we still feel the game hasn’t got enough content to ask you to pay for it yet.

3. Will Mutiny be on console?

We’d certainly like to see that happen! We’ve spoken to the folks at Xbox, Sony, and Nintendo about getting Mutiny onto console but ultimately the game to be further along before that decision will be made

4. Will there be online multiplayer?

We’d love to do it, but probably not...
We’re a small team and online games take a lot of work to build and maintain. Our first priority is to make sure Mutiny is an awesome local co-op experience, because any online play would be an extension of that. If we make millions and have the resources to do online then we will, but for now it’s not on the horizon.

The newly updated IndieDB page has the latest show-build of Mutiny on it.
For best results use wired Xbox controllers to play (Playstation controls are untested)

Follow us on Twitter for more regular updates (and other games related banter), and if you like the new demo of Mutiny do let us know! :D

A First Playable demo of Mutiny is now online - A brief overview of the gameplay with GIFs - We still need your support on our Kickstarter so please back...

Check out this devblog of our GDC 2014 experiences!

Hidden Armada now have a website for Mutiny! www.hiddenarmada.com

Mutiny Demo for Linux! Wired Xbox360 pads required. If you like the demo please back us on Kickstarter! - tinyurl.com/MutinyKS

Glad to see "Mutiny" is still in the works :o)

How do you fire Anchors like in the video?

From the cannons - they'll load and attempt to fire acceptable ammo which land near their loading hatch. Anchors are currently a melee weapon wielded by some of the enemy pirates.

We had previously implemented grappling hooks fired by the attacking ship but they're unfortunately not currently present in the demo. :)

Pleasure to make your acquaintance :D

Saw people playing this as EGX rezzed, for the vertical slice they have playable at the moment, it looks like a great couch co op, with plenty of polish.

We had a great response at EGX, now trying to wrap up the demo for folks to play!