Hello all! First off we would like to apologise for the lack of recent updates. Although it looks ominous when we go quiet it tends to mean our faces are inches away from our screens furiously beavering away bringing BCoF and the newest Napoleonic Wars Patch to life. Anyway we stopped to begin our yearly consumption of carbon based nutrients and realised we had neglected our followers. Prepare to be pleased!

First off we would like to apologise for the lack of recent updates. Although it looks ominous when we go quiet it tends to mean our faces are inches away from our screens furiously beavering away bringing BCoF and the newest Napoleonic Wars Patch to life. Anyway we stopped to begin our yearly consumption of carbon based nutrients and realised we had neglected our followers. Prepare to be pleased!

We have a few things to show you today, but to begin we would like to include a couple of rather dashing warriors for your viewing pleasure. Ladies (and gentlemen), feast your optical lenses on our new range of soldiers! Featuring the awesome 1st KGL Hussars, leading the frontal charges and seducing anything with two, four or eight legs! 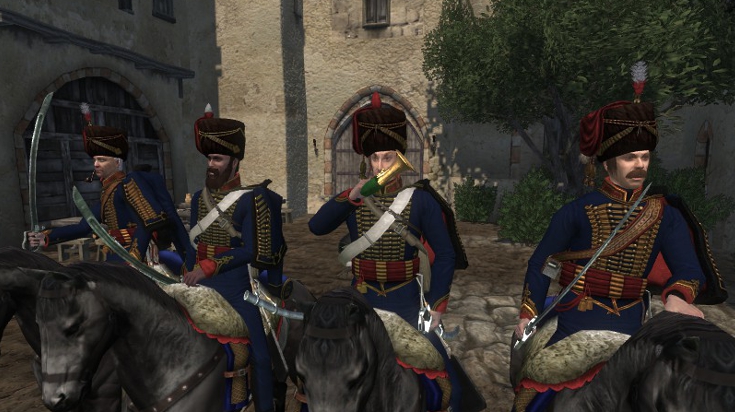 And for those with a taste for the infantry, enjoy our latest addition to the French army, arriving from Bavaria, it’s the 2. Linien Infanterie Kronprinz Bayern! 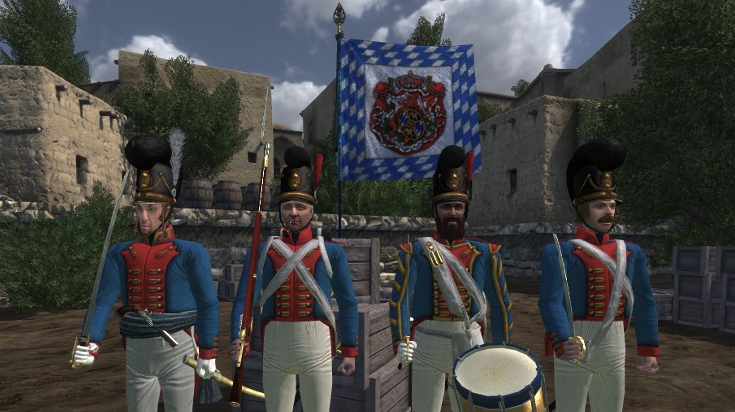 While giving you all of these nice new units to brutalise your friends with is pretty fantastic enough, we decided to take a few steps over the awesome line and give you some more. On top of these new units, here is a sneak peak of some of the new ships and boats we have added into the game, and to go along with our new naval scenery. In addition you now also get to roam the sea in fitting outfits with the new Naval Troops for the United Kingdom and France. 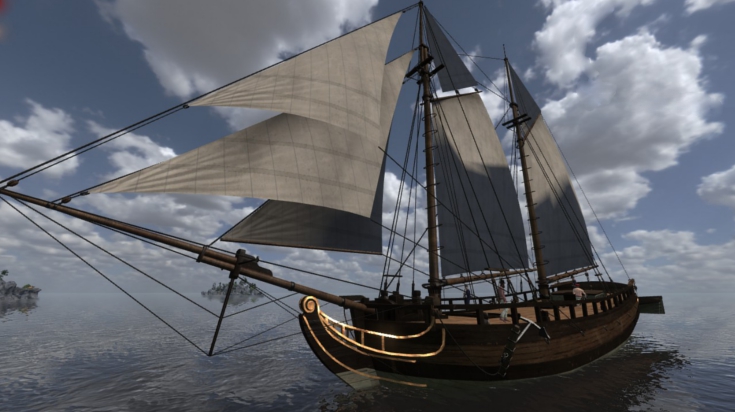 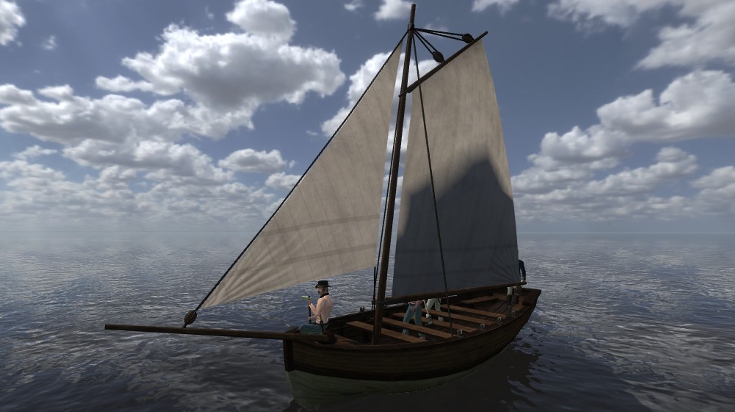 All aboard the HMS Neptune!
- Sailor: Keep her afloat, board the enemy, and finish off the Gin!
- Marine: 1st Battalion Royal Marines
- Post-Captain: Command your boat to swift victory on the high seas! 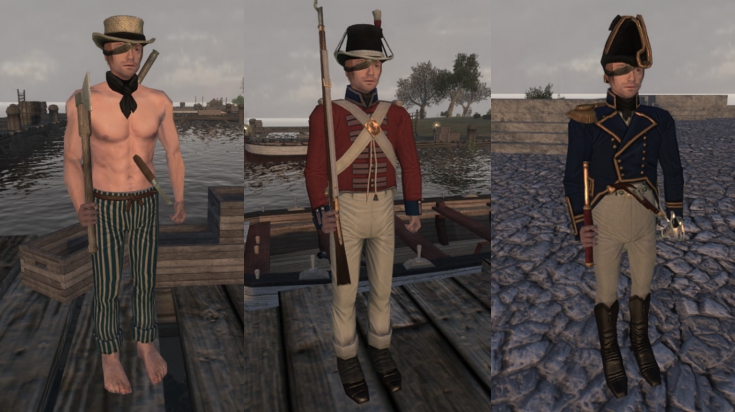 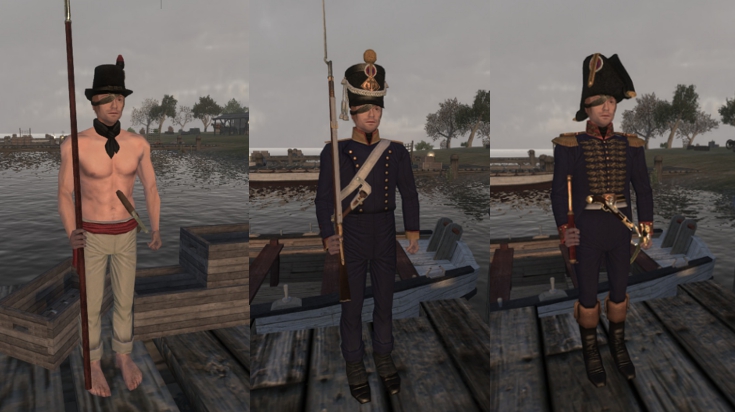 And because that is not enough, we made a couple of new maps, including two brand new Naval Siege maps. 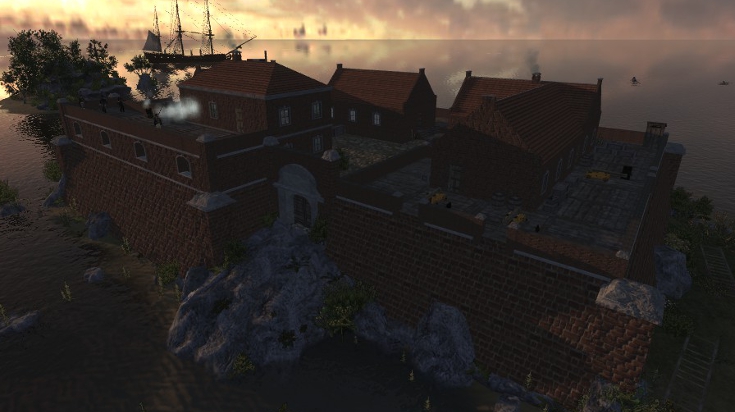 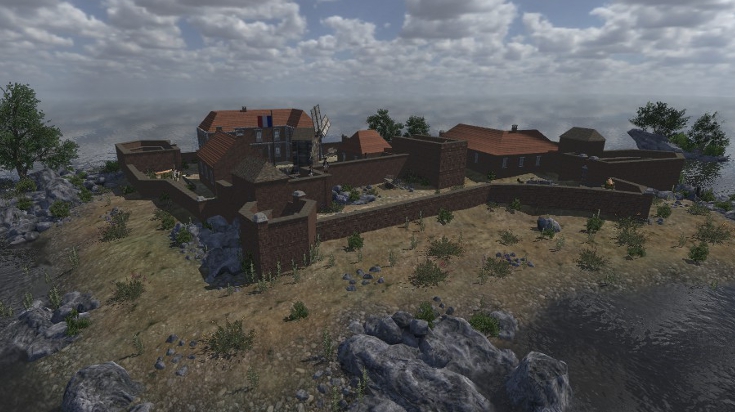 Balance Changes
- Reduced the length of the cavalry swords a bit, they had ghostly long range.
- Made all artillery less accurate on long range to balance the powerfull destruction force.
- Reduced the range an explosion would have by 30%, to balance the extremely powerful howitzers and mortars.
- Made cannonballs lose more force on ground hit and bounce less to make them less unstoppable.
- Made pistols some more accurate, it will now really hit within the player visible circle, to balance them, the reload is now slightly slower though.
- Decreased the damage the rifle in melee would inflict, they were more powerful than most real melee weapons
- Increased the Rifle Melee swing animation speed.
- Reduced the health of all medium and heavy horses to balance their classes.
- Made the armor points of the british cavalry helmets to be on par with other factions helmets.
- Removed the blunderbuss from the selection for russian dragoon cavalry they were too powerfull for that class.
- Boats respawn much faster now.
- Changed several maps to make them more balanced.

Thats all folks, rejoin us next time for more news from the battlefield!
Flying Squirrel Enterainment

To take part in the discussion of this blog, click here.

Great,but i will love to see Serbia in the later updates

i have a feeling there wont be later updates

can i play singleplayer?