Moonbase 332 is an Arcade First Person Shooter by PatchNoteStudio. You play an old American exterminator. After a War between Germany and Austria in Year 2007, a base on the Moon was found. Austria has tested there some genetically modified Plagues to use it as a weapon. Your job is now there to clean up. Fight your way through the Moonbase 332 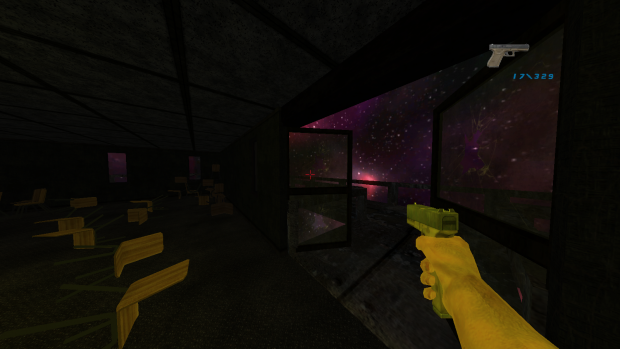