(Windows release planned for mid-2021) Monbots RPG is an Pokemon-like game for iOS and Android where instead of catching monsters, you actually scan monster robots to be able to equip their armors. The game has 25+ hours of storyline, 90+ monbots' armors to collect and translated in 5 languages (English, French, German, Spanish, Portuguese) And it is free!! The game is an RPG with turn-based fights. You will be following a story allowing you to make choices that will affect the rest of your experience. You will be doing missions for guilds, having to choose among opposite clans: Thief vs Police, Assassins vs Vigilantes, Warriors vs Druids… This will make the game re-playable upon completion. You will be facing different landscapes, sceneries, from small villages to big cities, crossing caves, underground passages or beaches. A lot of hidden venues will be waiting for you to be discovered. 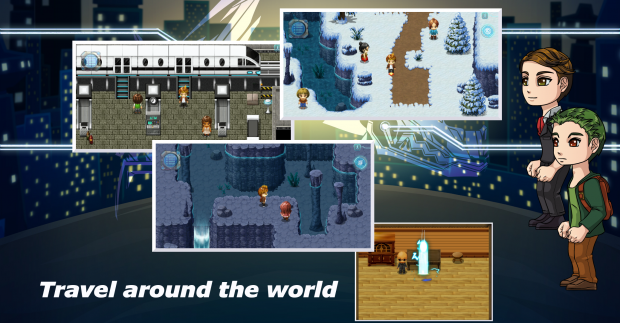