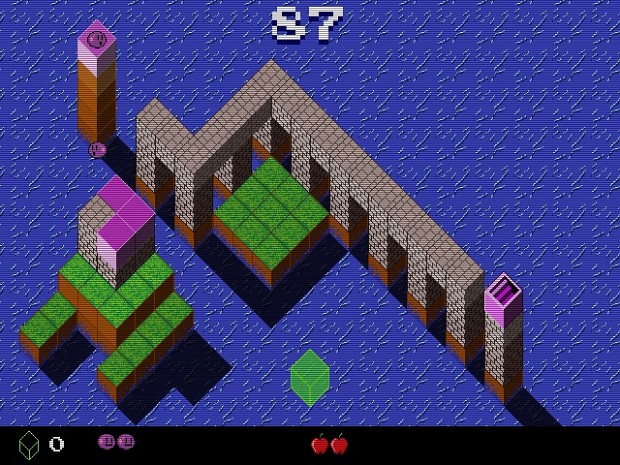 Before everything you can think and more far away than even far, far away, there exists a land in which a kind of bubbles live. They were called Moflos and this is their game. Two things can define these weird creatures: - They Love Apples - Whenever they get nervous, their color turns purple and everything they touch can not be used anymore. They are untouchables when they are in this color and, in fact, if two Moflos get in touch during this status one of them will die. They used to live peacefully bouncing everywhere eating apples. One day, 5 angry clouds appeared over this land and flooded it. Just a few Moflos remained alive, but they do not know how to scape. Guide them to the staircase and keep them safe!