Fight all kinds of beasts and monsters, bent on world destruction and starting Armageddon.

While Thor is busy and Odin is sleeping, you must be the hero and save everyone.

Scattered thru out the world are powerful runic weapons and armors. When collected, they

allow even a frail individual to become a demigod.

Hi, as the Kickstarter campaign for Might Of The Vikings gets nearer I've been working on a couple of reward items which is a Viking figure and a bust of Skarnolf. The basic polygon models were made in 3dsmax and the final detail sculpting was done in Mudbox (that's right, I use Mudbox-love it!) To make maximum use of my assets I'll probably drop low-res versions of these into the game engine somewhere.

And here are renders of the Viking figure, minus the sword... 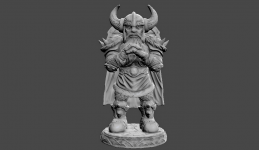 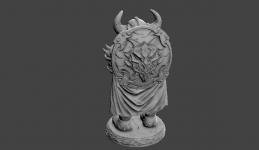 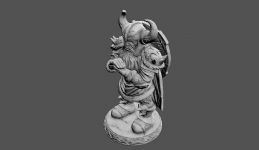 And this is the Mudbox sculpt of Skarnolf, the main villain.... 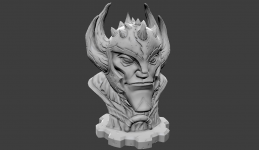 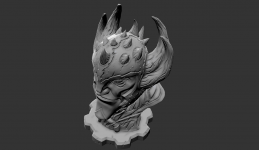 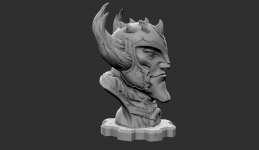 The final 3D Prints-The Viking figure is 90mm tall, and the bust prints out at about 70mm. For anyone into 3D printing who might be interested, these are printed on a Ultimaker 2+ at 0.1mm resolution in metallic grey PLA. In person the 3d prints are quite striking and turned out nicely. 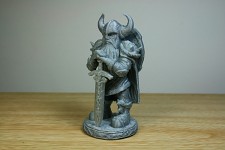 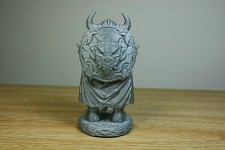 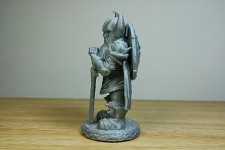 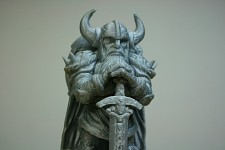 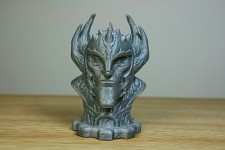 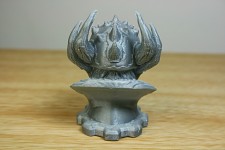 Our game has a new name and a cool Kickstarter trailer has been released.

Hello, we are just in the final stages of preparing for Kickstarter so here are some new concept images representing the Vikings, some of the enemy characters...

An update to the dwarf mine level demo for Mighty Vikings - The blight of Skarnolf.

Indie
Tags
Embed Buttons
Link to Might Of The Vikings-The Blight of Skarnolf by selecting a button and using the embed code provided more...