Be sure to have the latest version. I'll continue to post updates at reddit.com/r/minecraft, yet I'll make indiedb my priority news host. Updates are usually released once every week. Updates are getting more rare due to school starting up again. I'll begin adding more features as soon as I gain motivation (or when Skyrim gets boring).

Recently, I decided it was time to expand the game's exploration ability. This weeks update includes a feature that allows players to go further into the game with the new cave system: 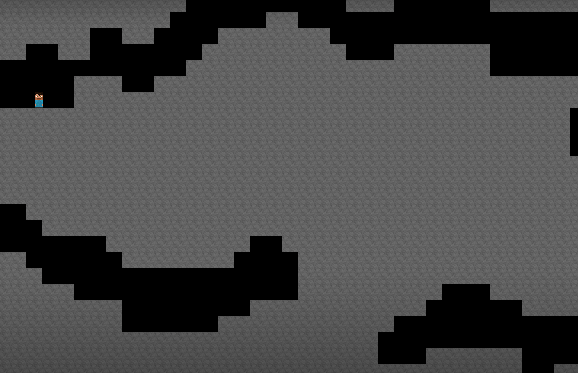 After digging downwards for a few seconds, you begin to think, "when is this going to end". That is exactly what I am looking for as far as exploration goes: 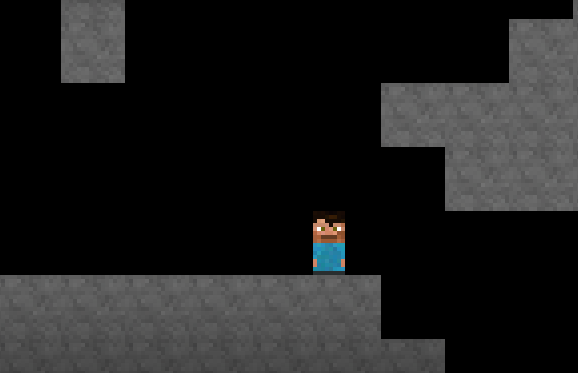 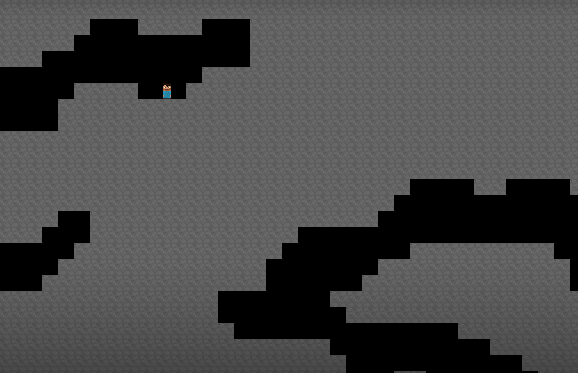 I hope you enjoy this update, and remember, its free! 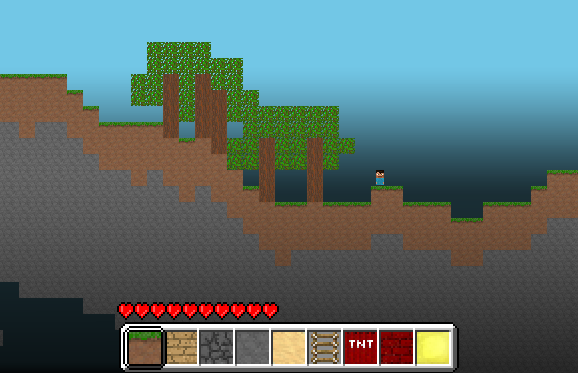 Hey everyone! Take a look at the new exploration addition! Finally, players are no longer bound to a single fixed screen. Explore and build up to 20 chunks...

I got sick of playing in a grid-lock based game, so I added a new movement system. Now you can press SPACE to jump and move freely within the limits of...

This update includes the ability to play with your very own custom textures. A lot of people wanted to use the Minecraft texture pack from the previous...

Today has been very productive as far as programming goes. I meant to start developing a new game, yet somehow I got working on Microminer again. I guess...

This is version 0.9_08.1. The main feature of this update was includes the ability to explore not only left and right, but deep down into the earth. Many...

This is version 0.9_08. The main update includes the ability to explore left and right up to 20 chunks of random terrain. Check it out!

If you tried v0.9_07, you may have noticed the speed of the player was ridiculously slow. In this version (v0.9_07.1), the player speed is much faster.

This is version 0.9_07. This update includes a new nifty movement system that allows the player to explore in a fluent style.

This is version 0.9_06. This update features the ability to easily work with custom texture packs.

This is version 0.9_05. Be sure to read the news in order to see what was added/changed. Enjoy!

i run the .jar file but nothing is happening! please help

Oh my god this look amazing going to play this

l was messing around with some files and l made a TP type thing with techletsplays TP(for MC)so if you want to see the terrain.png and the gui.png then ask

Good job. Maybe one day we'll have fully working 2D Minecraft, which will be popular as Minecraft 3D :)

I wonder... how isometric Minecraft would look? :\

pretty neat, I kinda like the idea of a 2d minecraft.

Look good, but if thinks... who need this if we have Minecraft?

It's an executable .jar file. This means you just double click it in order to run it. If you double click it and it opens the content rather than running the game, it's probably because you do not have Java installed. If you do and this problem persists, go to its properties and open with Java, otherwise reinstall Java's latest firmware.