M.A.V. is a 3rd person mech simulation game centered around a highly customizable vehicle.As we are still very early in development, we can not reveal all of the details yet, however, here are a few of the key features of the game. Seamless Multiplayer and Singleplayer: Multiplayer and Single player with be highly intergrated so that players can easily open up single player worlds to friends with out changing the game experience to much. Single player will have identical gameplay to multiplayer. Large Open Worlds: The game worlds will be of massive scale. This ensures you my play for months in the same world and still experience new things. Massive Customization: This game is about making it your own. Your M.A.V. will fully reflect your play style, your in game status, and your personal likes. Intense Tactical and Stategic Combat: Battles will be very intense, every shot will count, and strategy will always prevail.

MAV goes to the Big City

On Friday May 25th the May update will be available and what a better place to spend it than a new city map!

Buellt Colony is an older mining colony, once considered a hot bed of rebel activity. This large map is bisected be a flowing river, a man made construct from the original mining days. The buildings provide good cover for ambush attacks and there are a few fortified walls left over from the UEC sweep of the colony.

This new map supports both Arena and Siege game modes. 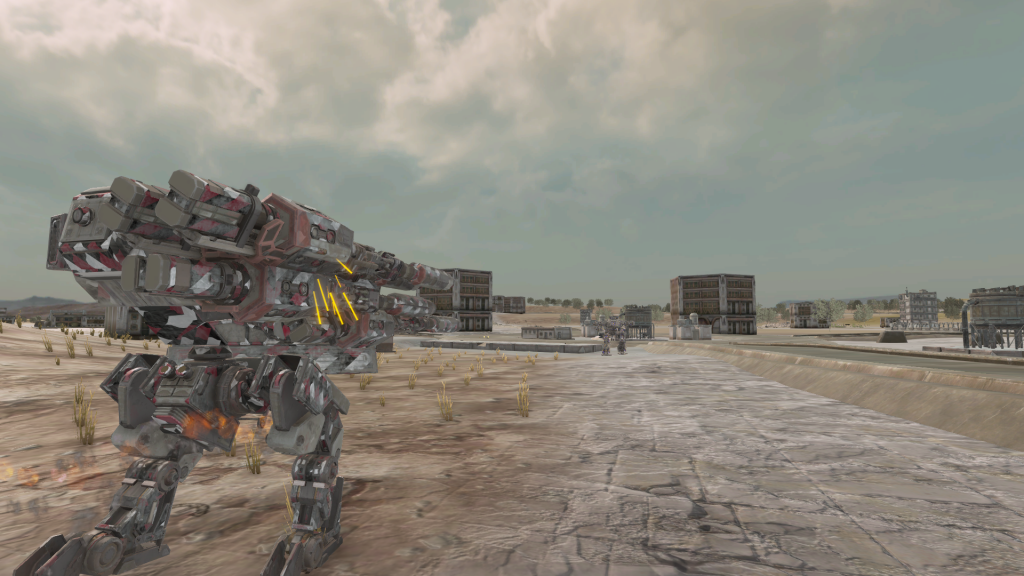 The play area is restricted to a smaller 4 sqkm area in the heart of the map, with multiple ammo stations placed through out. Great for a larger number of players or for players that want more of a ‘hide and seek’ challenge with their opponents. 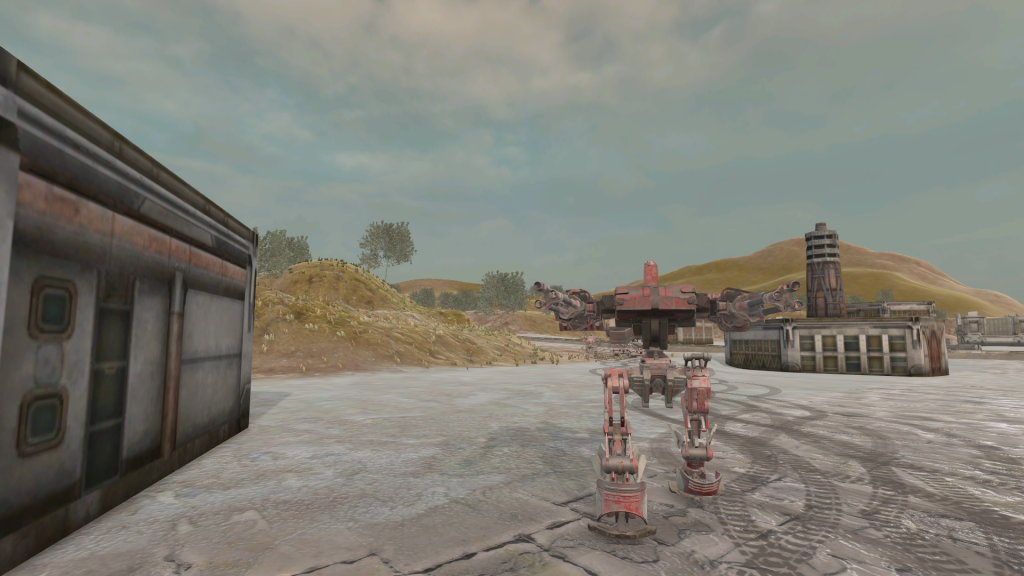 The play area is expanded to encompass the full 25 sqkm size of the colony. There are two ammo stations, though they are quite a ways from the normal path of action. Direct lines to enemy HQs can be taken be following the river path. This path, while direct and fast, leaves you open to ambush fire from both of the river bank sides. The more populated flanks hold lots of larger buildings to dodge and weave between and a few elevated hills can provide excellent vantage points for sniping approaching enemies. Given the large size of the map, a large CommSys array and multiple scouts are highly recommended. You can’t kill what you can’t find.

Ammo stations have received an update. When entering an ammo pad, you will be locked in place during the reload. You will remain locked for as long as it takes to reload all your weapons. During a weapons reload, you will be unable to fire it. This can make you very open to incoming fire, so be careful when using them! Not all weapons reload at the same rate. Weapons that are done reloading, will be able to fire. This is even true if you are still waiting on other weapons to finish reloading. You can see an example below.

Garage: Clicking the paint color panel will now snap the paint selector to the clicked location.

Garage: The load MAV and save MAV menus can now be toggled by clicking the Load and Save buttons

Gameplay: Stuttering on the MAV cockpit when turning has been significantly reduced

Gameplay: A bug that caused the mouse cursor to be stuck in the middle of the screen during gameplay has been fixed

Options: Options will now save when leaving the options menu, even without clicking the close button.

Options: A bug that prevented options from being loaded correctly was fixed

Options: VOIP settings have been exposed in the options menu

Main Menu: Achievements can now be viewed in your player profile

Main Menu: A bug that allowed the tool tip display to stay permanently visible has been fixed.

Main Menu: A bug that would cause the login fields to rapidly cycle focus has been fixed

Balance: Increasing weight of Chaingun from 1348 to 1712 to bring it in line with other heavy weapons

Balance: Spike weapons have received an increase in heat damage threshold, from 100 to 250

This is our first update working as a team it was quite an experience putting it together for you! I know you are going to enjoy it and we can’t wait to see your comments and videos showcasing the changes. Be sure to share them down below in the comments section!

M.A.V. has just released its November update which includes the Kickstarter promised melee weapons of heavy saws to use in combat. Players are also treated...

M.A.V. has been Funded and Greenlit

M.A.V. has successfully hit 100% funding on kickstarter and has been chosen by the community to be greenlit in Steam's Greenlight system.

New models? Check! New updater? Check! New Awesomeness? Check! So many great updates, I will try to cover them all!

This update represents a turning point in the M.A.V development as I start focusing on updating the art and visuals to a more final quality. This is represented...

This is a demo version of the November update. The demo version is limited in it's available parts, levels, and there is no multiplayer enabled.

Lot of bug fixes in the build. I also slowed the pacing of the whole game down. The weapons before felt too fast, with everything being an instant hit...

New release this week with quite a few core improvements to the AI systems. There has also been signification work on the editor UI to allow a better...

This is the latest build of the game. You can now search for parts making it easier to find the part you want/need.

Procedural weapon system is in! Total part count is now at 91 parts! Many different ways to build now. Lots of bug fixes, I still have a few tricky ones...

Just released version 0.2.3! Now with single player and multiplayer options! I did a lot of bug fixing!

When the Mechwarrior meets armored core and Kerbal Space program.

I was like meh at first then I saw you could've customized how it works and then I'm now like this looks fun.

So I just found about M.A.V.
Already closer than I could possibly ask to that crazy concept I have for my ideal game. Rest assured, you have a practically guaranteed fan here.

Dude, I can't wait for this. This will fill the void that chrome-hounds once held in my heart.

When I install the Demo I get a blinking white screen and nothing happens. Anyone know why? I loved Chrome Hounds. My favorite game of all time. Excited to see this in development.

Hmmm, that's a new error. What type of computer are you using?