Math Street Challenge, the Augmented Reality version of Math Classroom Challenge (iOS, Windows), has been released, and is now available at the App Store. This game transforms your home, your garden, your city, in a educational math game for everyone. Teachers, parents, schools, and everybody can enjoy math with their own city as the stage.

Don't send your kids to their room to study math; send them to the street.

Math has a reputation for being difficult and boring. But, like everything else, they can become a fun and exciting game. We know many kids have problems with math at school. We want to create tools so math can be funny and challenging. 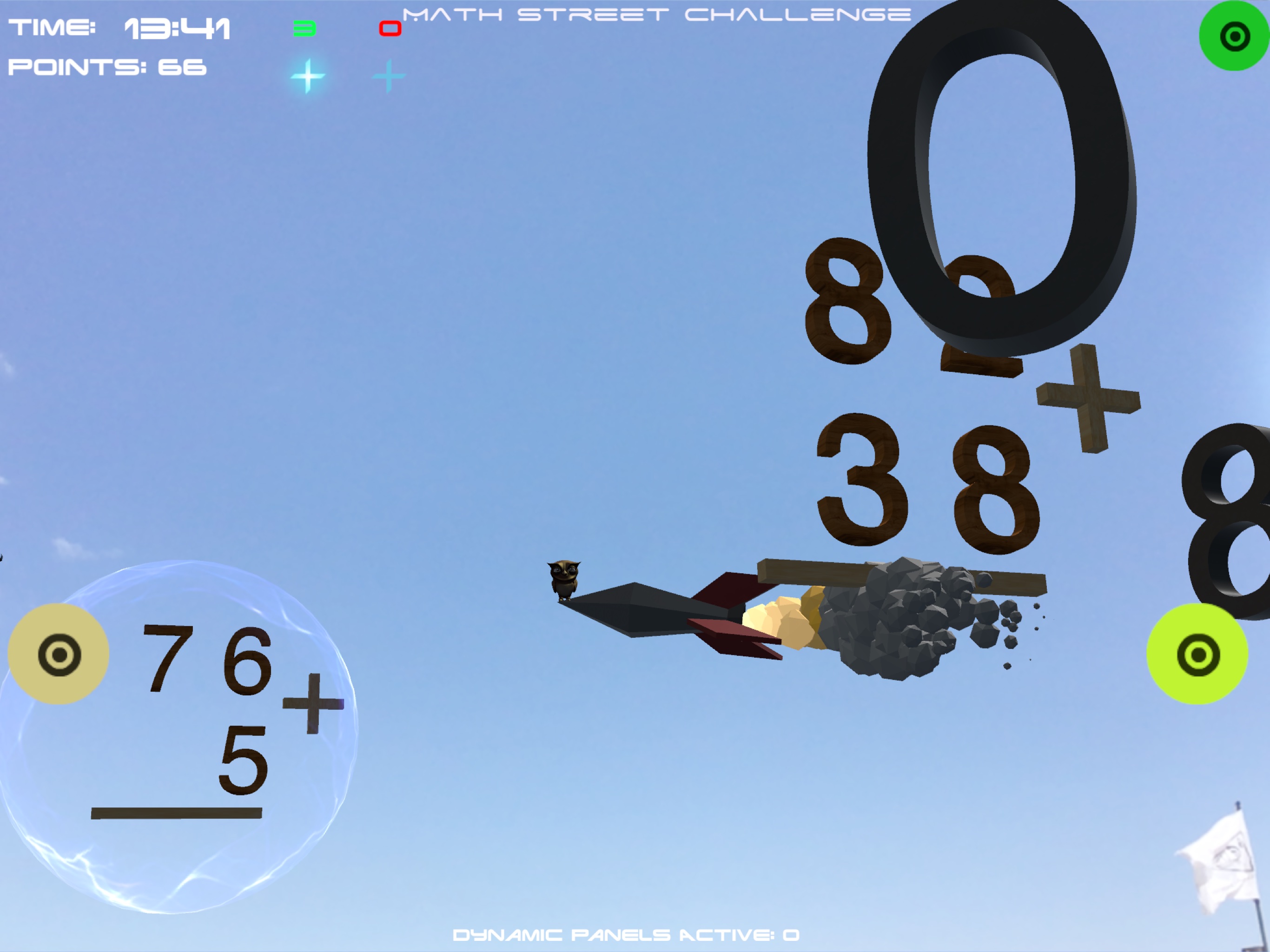 Math Street Challenge, the Augmented Reality version of Math Classroom challenge, aims to bring mathematics to the street, and allow young people, and not so young, to learn numbers, mathematical exercises from sums to equations, and even physics, by studying the behavior of water with the hose. This game is therefore intended to complement the math studies of anyone who wants to enjoy a fun time on the street, at school, or in any open space.

Remember this game makes use of augmented reality. Be sure your device is ready to support it. iPhone 6S or above, iPhone SE, iPad PRO (all of them), iPad 2017, iPad 2018.

The game is designed to be played outdoors, with the player in the middle of an imaginary circle on which the scenario is generated. There are two types of mathematical panels: static and dynamic.

The static panels propose random exercises, of configurable difficulty, whose numbers have to be searched through the stage, and bathe them with the water of the hose that we carry.

Dynamic panels appear anywhere, but can be repositioned, or even invoked manually, and contain three solutions. Irrigate with water the correct solution. Dragons, on the other hand, allow an error to be subtracted, although sometimes they will cause the opposite: they will add up to an error. So the player must decide whether to use them or not. The rocket, when it takes off, multiplies the points obtained by two during the flight. 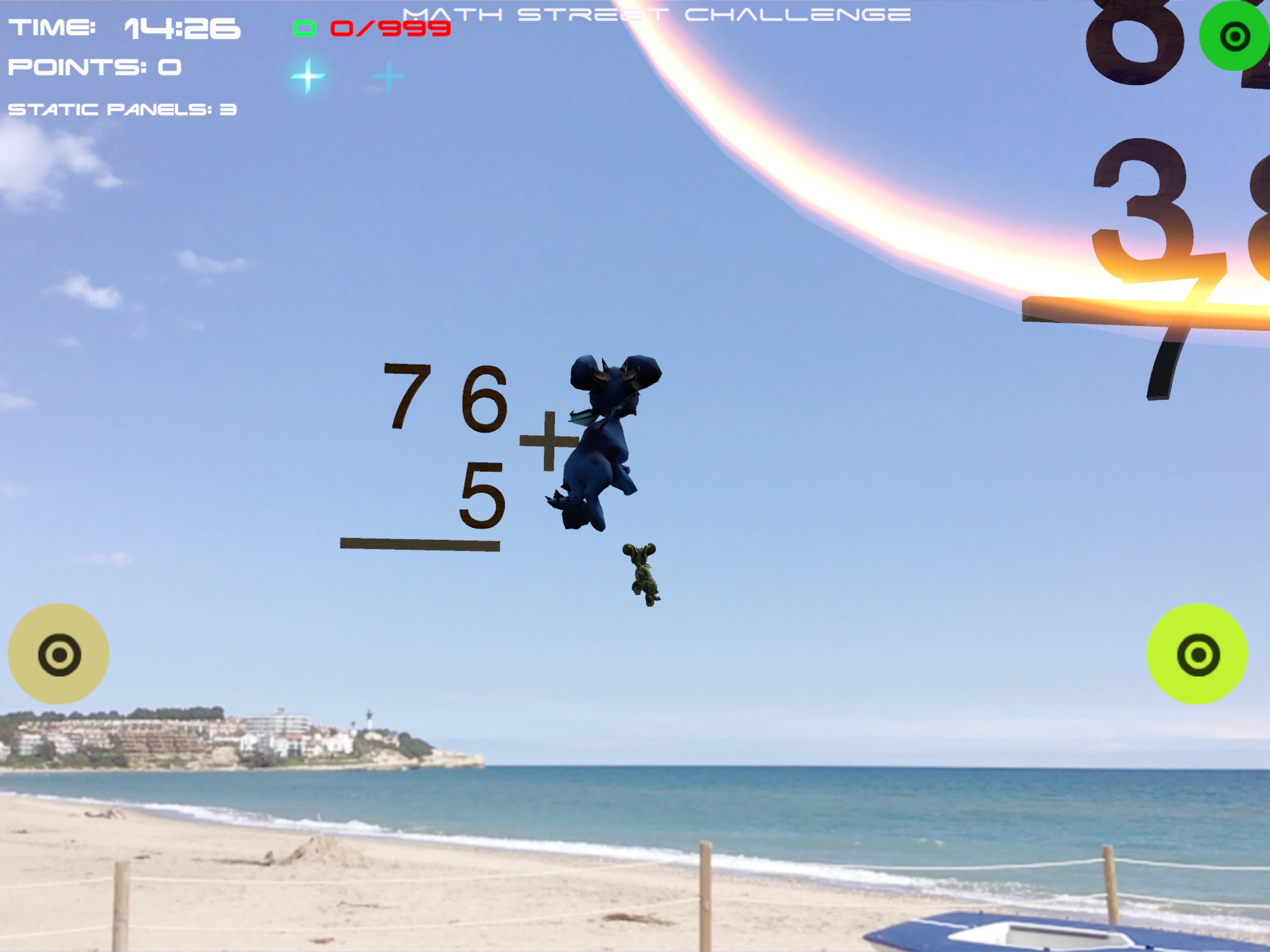 The maximum time, from infinity to two minutes, can be set to resolve static panels. Dynamic panels can be invoked as many times as desired, but always one at a time.

After the game is over, a final screen with the results and statistics will appear. This screen is always accessible from the main menu.

You can access the manual and general info here. And see the game on the App Store here.