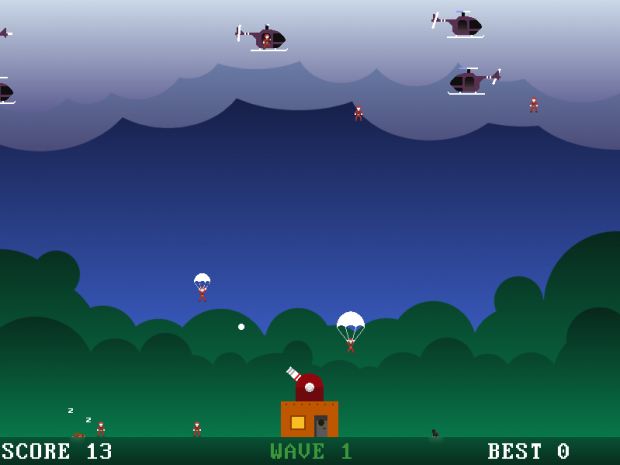 Mano Trooper is a remake of Greg Kuperberg's "Paratrooper" (1982). Try to set a high score by shooting down enemy helicopters, paratroopers, jets and bombs. Note that every shot will cost you one point to start with, so don't waste too many bullets! The two dogs Noah and Merlin are helping you out by attacking landed paratroopers, but after each attack they have to rest for a while. Once four paratroopers have landed on either side of the gun, they will create a human pyramid to take out your gun. Music in this game is by coda (coda.s3m.us). Controls are: arrows left/right to rotate the gun, and Z (or Y, or Space) to fire. Press M to switch music on/off, and press F on the title screen to toggle between windowed mode and full screen.