Man of The Stars

Man of the Stars is a survival sandbox MMOFPS taking place in a science fiction setting.
The players will set foot on procedurally created worlds, they'll have to explore and to prospect them in order to gather resources and process them so they can craft objects, food, weapons, machines and constructions.
The game features a construction system, allowing the player and his friends to build bases, that they'll have to defend against other players attacks, with the whole array of PVP gameplay a FPS has to offer.
Constructions and machines will allow the player to develop manufacturing infrastructures set to craft a whole array of assets, such as equipments and components, that will be tradable, thus placing the player in an economic universe with the other players.
On the worlds will be procedurally placed dungeons filled with dangerous monsters the players could defeat with their military forces, in order to obtain rewards and treasures.
These worlds are linked by a portal network, allowing other players to set foot on these worlds.
A complex AI behavior system was created for Man of the Stars, with it the player can give orders to workers so they ensure the infrastructure operations, and command soldiers to reinforce military strength on the battlefields. NPC inhabitants will also benefit from this system in the relationships they entertain with the players.

A capital planet in the center of the worlds network will offer to the players social and trading services, such as guild offices, trading stores, so that the empires they created can be connected through economy and diplomacy, in addition to open conflict.

With their Kickstarter campaign, Oblatif Games plan to raise 25,000 € to ensure the content production required to finish the development of Man of the Stars. They will have 30 days to reach the goal of their campaign, ending on 11/11/18. In addition to the game, backers will get exclusive physical goodies, aesthetics assets in the game, and the opportunity to participate in the game development. The game release is planned digitally on PC during Q2 2019.

Man of the Stars main features :

Sandbox base building : After ensuring his survival on a new world, the player will have to settle bases by constructing buildings and machines, and then manage them in order to develop his industries.

Customization : Each player is unique, and so should be their respective empires. It will be possible to customize gear, base, machines, and people.

Strategy : The player won't establish an empire alone, AIs will provide help by working in the installations, and bring reinforcements during military campaigns.

Massively multiplayer content : Each server will at the moment house 100 players, we plan to extend this number to 1000 players.

PVP : The main enemy in Man of the Stars can be any of the other players, crushing enemies will be rewarded with the dominance of the universe.

PVE : The worlds will also be generous in struggles the player will have to face, alliances will have to be crafted with friends in order to defeat these. Dungeons will contain rare rewards guarded by potent monsters to defeat.

Social : War won't be the only option in Man of the Stars, alliances with player guilds, contracts, and many more will bring cooperation among the stars.

Trade : Production and Demand are core principles of any civilization, commercial operations will strengthen the player's empire.

Thanks for voting and helping Man of The Stars on it's quest to become the 2022 Indie of the Year. You are now in with a chance to score some free games. Help this game secure more votes by embedding the widget (or link) we have included below on your favorite sites.

Man of the stars launches its Kickstarter campaign 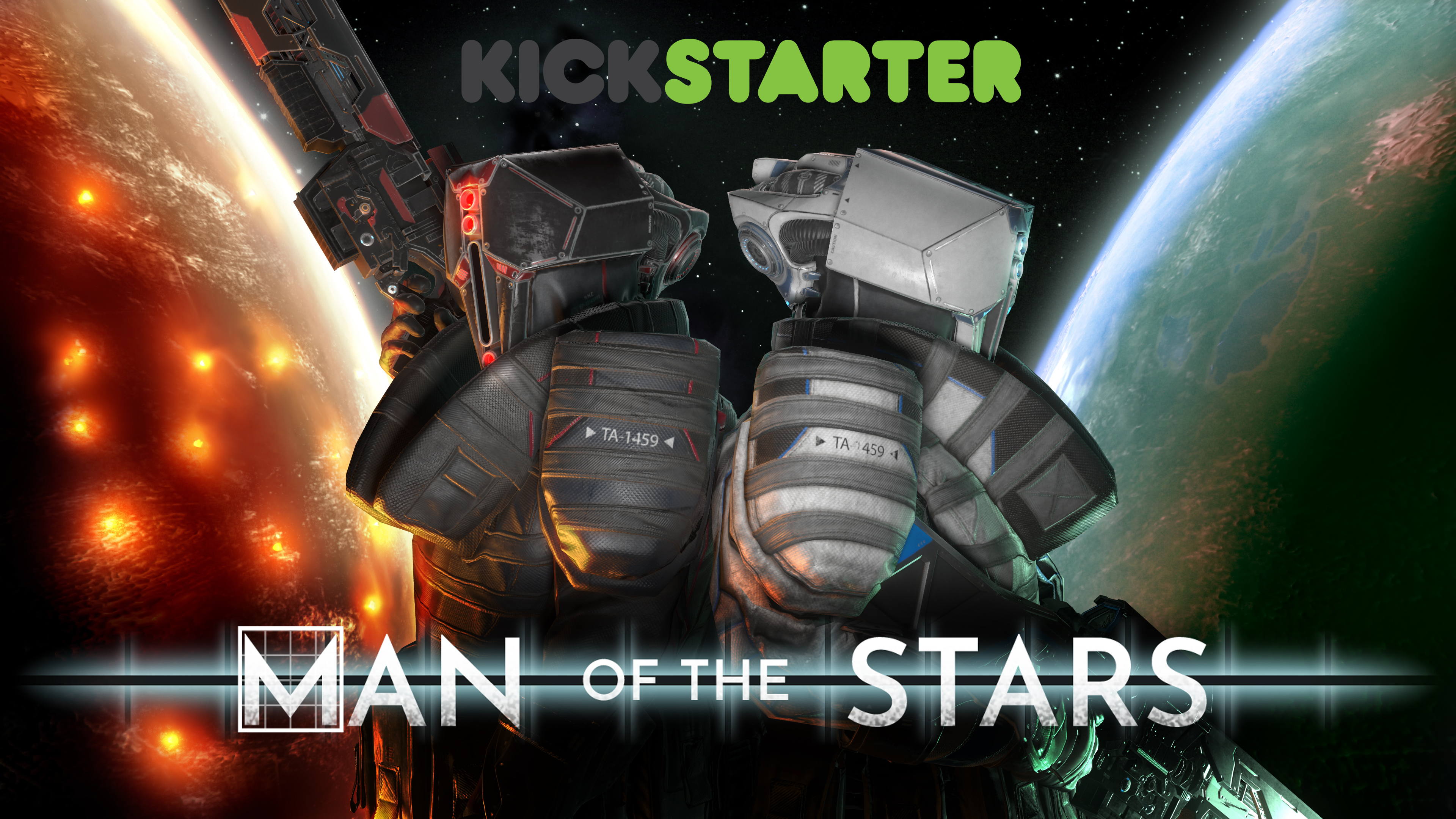 We are Oblatif Games, a small indie game studio, and we are launching the Kickstarter campaign for our first title : Man of the Stars.

Man of the Stars is a survival sandbox MMOFPS placed in the sci-fi genre.
It features a building system allowing the player and his friends to build a base that they'll have to defend against other players attacks, with the whole array of PVP gameplay a FPS has to offer. The player will build these bases upon an infinite number of worlds procedurally generated, with multiple characteristics, such like deserts, forests, islands, airless moons. These worlds are linked by a portal network, allowing other players to set foot on these worlds.
On these terrains various resources are to be found and harvested by the player in order to craft objects, food, weapons, machines and constructions.

These worlds will also be stuffed with monsters lairs full of artifacts to loot. Adding to this we'll put an emphasis on PVE content, we created complex AI systems of behaviors, this allows for encounters with NPCs inhabiting the world, from cooperation to aggression. Our IA system will also provide the player with a workforce that he'll employ to manage his bases and reinforce his military actions.

In addition of these worlds built for conquest, we put at the players' disposal social worlds, where they'll have the opportunity to craft alliances with a guild system, sell their merchandise, and propose and accept job offers in our universe.

Thanks for giving it a look !

Indie
Twitter
Tags
Embed Buttons
Link to Man of The Stars by selecting a button and using the embed code provided more...