This is a somewhat unusual update. We go over some of our key learnings in developing Major League Wizardry. Hope you guys can use it in your development. Also, please feel free to reach out. Also, we hope to relaunch the game in July with all new features and a much more stable release. And we're almost done with placeholders!

This is a somewhat unusual update from us - the team behind MLW. I, David Reeckmann, the lead designer of MLW thought that instead of just sharing a couple of new screenshots and plans for the future, I would much rather “give back” in the small and humble way I can, by sharing our learnings and insights. This is not a "Here's how we did it!"-post. We haven't even gotten out of beta yet and we're still struggling to get the game out there. This is just our reflections over our development process.

I have made a longer post on my own blog (www.davidreeckmann.dk) which goes a little more into detail.

So here are a couple of things I wish i had known or that we’ve learned along the way that other developers may or may not draw benefit from. Keep in mind that this is my experiences. Maybe even my team mates at Game Made Studio disagrees with some of it. I don’t know. But here goes:

Just get it out there. Test it!
Seriously. I am not the first one to say this, I know. But get it out fast, learn and iterate. This is crucial.

Don’t worry about the meta-game at first
Build a strong core and have the meta game evolve around it. Focus on few, simple and compelling features. Add more features later on. Cut it down to the basics in the beginning. I thought we were doing that - turns out we weren’t - not at all.

You can always make it more simple
We have lots of great ideas and they are good to have. We have ideas and concepts about ranking systems, combo systems, guilds, trading, real cards, augmented reality, leveling cards - just to name a few. And they will be implemented at some point - hopefully. But build the core first and write those ideas down.

Focus on content - not features
If you’re game is good, people want more levels/challenges/whatever. The thing is - it is way to easy (and fun!) to develop new ideas for features than to come up with new content.

ALWAYS move in one direction
Don’t waste time discussing everything in the team - make decisions and move on them.

If it’s your first game - focus on one platform
It sounds cool that you can develop to all platforms (iOS, Android and PC/Mac). In reality it’s a little more tricky than that. You need to have different graphics, a good infrastructure/architecture and a plan for how to update to PC. We had a launcher - it was a development project in itself to build it. And in the end, we ended up with a small amount of PC players which didn’t really justify the time spent on developing and updating the PC version. We will add the other platforms later, though.

Don’t waste time on details
There will be plenty of time to go into details. Since things constantly change, going into details in the beginning will be a waste of time.

Hope you guys find it useful - feel free to contact me on twitter or email if you want to know more. I’m happy to share our experiences. You can also read more at www.davidreeckmann.dk

Now - on with the update!

Why is it taking so long to release MLW?
Ok to answer that, you need a small background info. We are three guys creating the game right now. And we have two freelancers. I am the only one working "full time" on the game (apart from other projects). The other two are still in University. The freelancers work on their own time. Everything is paid for out of our own pockets, except a small grand from Nordic Game Programme, which we are very grateful of.

All of the above is basically why it takes so long. We don’t want to give up University because of this, so it is basically done in our spare time.

We’re working towards a “relaunch”
The relaunch or “out of beta” basically means that the game will be more stable, offer in app purchases, and have the core features that we think makes up a whole gaming experience.

The launch will include the features that we believe are necessary in order to create a “whole” experience. We will add more features later on.

We will also get rid of all placeholders and all characters will be animated - hopefully :)

Oh and you will be able to sell back unwanted cards, but we’re still working out how that should work.

New Animations
In the mean time - here are new animations for Holk and Night Watchman. Enjoy! 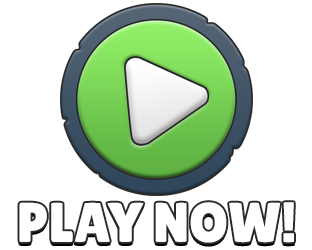