RSS Update 15: Have you downloaded the beta yet?

Hi guys. In this update we'll talk a little about the beta and how everything is looking so far. We wanted to know how many of you who have tried the beta and if you guys have any feedback for us? Then please go to our forum and join the conversation about Major League Wizardry

Have you downloaded the beta?

If you haven't, then hurry up and press these small buttons :)

You can also get it for Android here:

The Beta So far

So far the beta is going great and we're learning a lot improving the game as we move on. There is so much we want to improve and right now it's all about prioritizing and getting the right fixes out and the starting on the right features. We've made the development scheme below to show the future development of MLW. Of course we will also be doing a lot of fixes, adding new cards and animations (like the ones in the bottom) and tweaking performance. 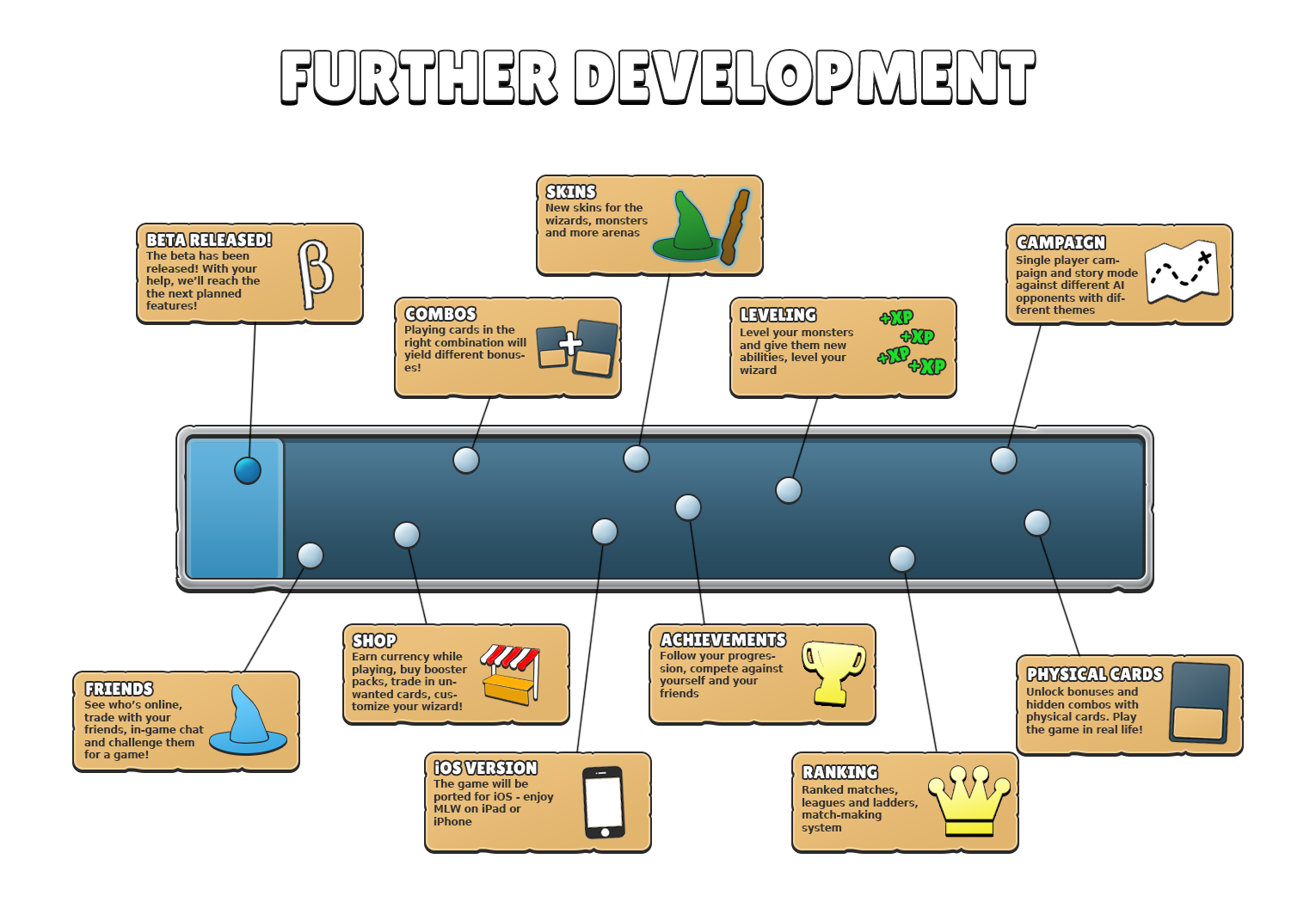 We were really surprised to see how many actually played Single Player games vs Multiplayer games (either live games or asynchronous games), so we're looking forward to adding a campaign to the game soon. Another good learning we've made is the importance of building something with flexibility so you can add to it later. Of course we knew that we were going to make a lot of changes along the way, and we knew that we wouldn't get it right in the first try, but somehow we still managed to build stuff in the code that just wasn't flexible enough to add new stuff. Unfortunately this means that we have to go back in a lot of our code and rework it with the knowledge we have now. This is especially applicable for the UI. As we get the game out and get it tested, we've seen that a lot of players are missing feedback from the game about what is happening on the screen. And this needs to be better and it will get better! Promise! :) But first up on our to do list is the Social System and Shop. And we've moved the Campaign forward in the development process.

We want to add a social system as the next feature. This is mainly driven by the fact that we want to boost the Live Game part of the game. People should be able to invite their friends, chat with friends and most important of all, be able to see when their friends are online so they can invite them to a live game. 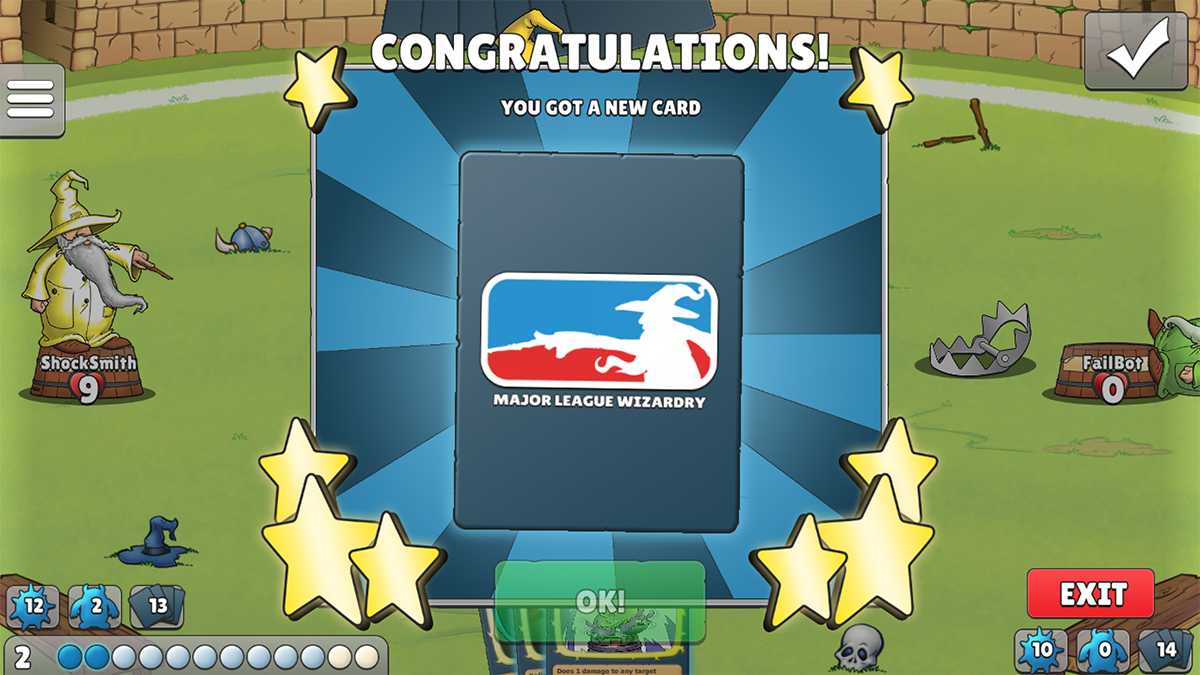 So the shop is in its first steps of production. The reason why we prioritize a shop is not because we just want to get peoples money as soon as we can but simply because the players are actually asking for this feature. Secondly, we want to build it now so we can test it and balance it accordingly. We don't want to build a shop that encourages pay to win and we don't want to rob people from their money, so it should be balanced well according to the rewards. Which is why we're also building the Campaign mode at the same time. The shop will in the beginning only have booster packs (maybe two or three different kinds) that can be bought for in game currency. We don't know yet when we will

Not so much a campaign as a series of interesting challenges that you can have fun with. These challenges will be build around different themes (for example a deck full of Firepups!), so yes the AI will have cheater decks in these challenges and will also act differently in each challenge. Beat a challenge without loosing to much HP and you will earn better rewards and unlock different cards. This is a simple way of making the challenges more fun (although might not be appealing for Poisons self-destruction cards). Through the Campaign we're also introducing some history and lore of the game and your wizard will go from the street fights and underground arenas to the Major League Wizardry!

We're doing the best we can in order to get rid of placeholder graphics. But since it's a card game we have a lot of illustrations and monsters that needs to be done. But we're working as fast as we can to get rid of especially the Training Dummy below on all the Monsters.

Steam
Spell, Fire
2 mana
Does 2 damage to target monster and disables all other opposing monsters

Less is More
Spell, Fire
4 mana
If you have less monsters in play than your opponent remove all opposing monsters

Pickpocket
Spell, Neutral
1 mana
Take a random card from your opponents hand and put it in your own hand

Say hello to Gooper! He will soon be added to the game as well :)