Mage Wars is an Action/Strategy co-op Standalone game set in an epic fantasy world' A storyboard is being worked on right now and shall be posted here as soon as it's ready' The engine is still something I've got to decide' As for game features: - Players will fight both their opposing teams, and AI controlled enemies like giant spiders, goblins, dwarves, and other typical RPG and MMORPG enemies; - Various spells with different effects and traits: projectile's speed, power, mp cost, etc; - Fight as a team! Players will be able to recruit AI controlled mages to aid them in combat' Their efficiency varies with their price; - Travel quickly on a sandworm's back or fight in the skies while riding on a dragon! - Capture strategic control points and conquer the battlefield!

Well, here we are again with a new media release! Check out our freshly made models: 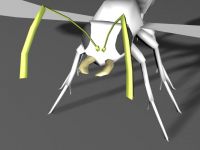 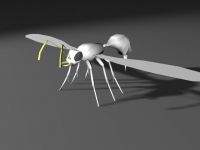 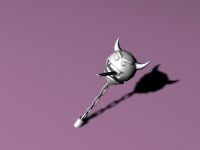 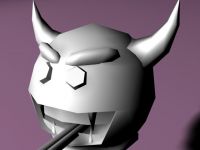 From the three staff tips that were modelled, this one stood out. Want to guess why?

Well, that's all for now. Still no story, but i'm working on it.

The Mage Wars project is reborn! For those of you who did not know Mage Wars, it started as a Half-Life 2 Multiplayer modification based on people (mages...

Sort of. No coder, no game.

You still looking for storyboard?

We have a card game in Beta called Magewars at magewarscardgame.com.

We intend to release a online play version of it in about a year and an MMO in about three. What you're trying to build sounds a lot like the MMO plan. Any interest in talking projects?

Hell, i can do it on my own if nobody wants to join! I'm reviving this mod and i'm gonna work on it like hell until someone stands up to help me, i can't just sit down and mourn on "that mod i tried to make a few years ago, but couldn't complete"!!
The Mage Wars is back to progress! soon to come, a few more concept sketches to help me situate the game and help me model stuff, and a design document!

I love sandworms. I want to ride one now! You should show some pictures of the beasts and how you ride them. That would be really cool to see.
There's something I have been wondering about. Do the staffs actually live and move? Will they say funny things or even warn you at upcoming dangers? An interactive magic staff would be somewhat entertaining, I think.
Keep it coming, I'm sure there will be plenty to see when some more people figure out this is actually a cool mod project!

when i get home, i'll render a promotional picture. just have to rig some stuff first.
staves will talk IF we get some voice actors.

just so you don't think this project is dead, i decided to post this.

ogre isn't a game engine, it's a graphics rendering engine, so i must add entity support myself, and add entities by hand (or get some open-source level editor instead of a modelling program)