A public server list has been added to the server selection screen. This screen now contains two tabbed panels, one which contains the older server list (now repurposed as a favorites lists) and the other displays all public servers that are currently online and accessible. 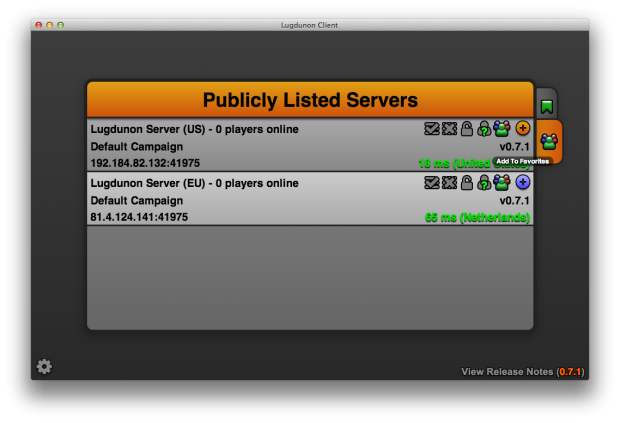 Several new features were added to facilitate this listing, including:

The server list has been redesigned as well to provide a better presentation of each server's information and to accommodate the new server information icons.

The arc matter system received some attention this release. Specifically, support for three new matter transport mechanisms that allow matter to be split or filtered between multiple outputs, and condensed from multiple sources. 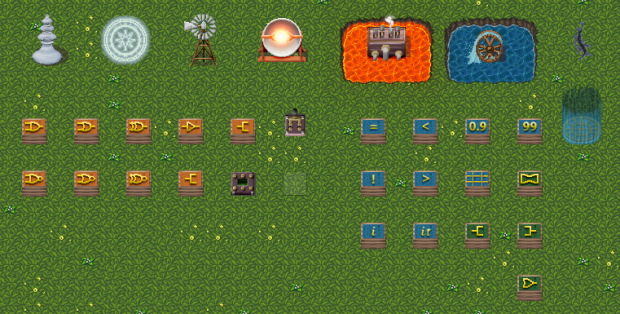 Also, two new information providers were added that supply either a specific inventory item or an item type. These can both be hooked up to the matter filter's information input conduits to control the flow of items to various outputs. 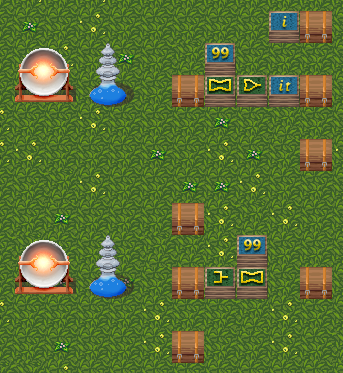 Arc power has now been leveraged to allow players to teleport from one location to another. Expanding upon the paired item mechanism used in 0.7.0 to make arc conduits possible, the paired property can now be tied to placed items (and make the transition between inventory and placed items or vice versa).

Teleporters can be used across instances however, they must be powered to operate and can have their player access customized using the familiar key-based access restriction system.

Dimensional pockets also make their debut in this release. Dimensional pockets are a small pocket dimension that exists as a tear in the fabric of space, held open by an active arc power source. They are small instances that are geared towards allowing players to compartmentalize their arc power circuits, and come with water and magma reservoirs suitable for harnessing hydro and geothermal energy. 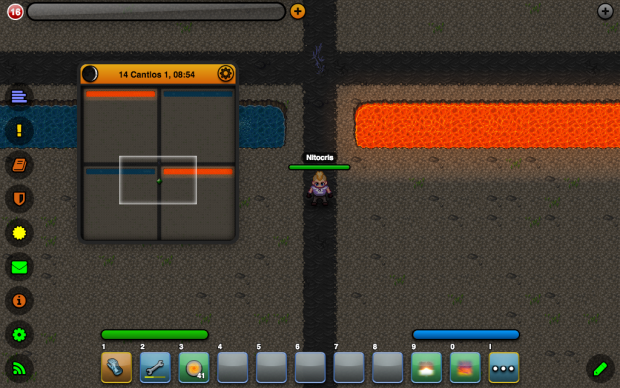 Both of these items are craftable using the highest tier in the Tinkering profession.

For a long while, importing and exporting terrain data using images was accomplished via a couple of command-line utilities. With 0.7.1 this functionality has now been rolled into the client, complete with UI, and with some focus on expandability. Look for this feature to grow in the future once biomes and further terrain enhancements are added. 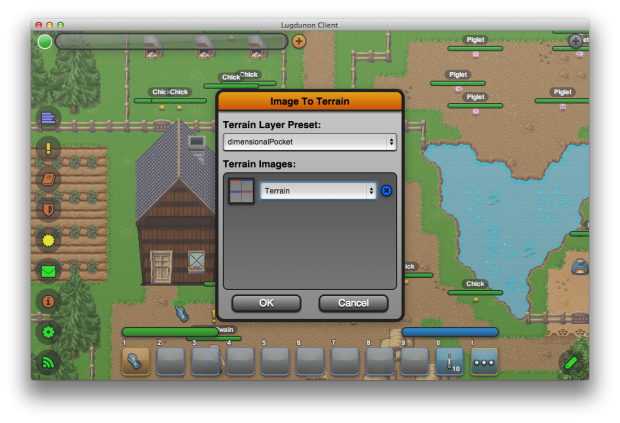 Tracking auditable actions now has proper support, logging to ~/logs/auditXX.log. The intent is to use these logs to provide an audit trail of all state change actions that occur in game, allowing server admins to track player actions for a myriad of reasons such as: item / currency restoration in the case of a server crash or bug, hacking detection, griefing, deeper metrics gathering etc. Simply calling net.lugdunon.util.logging.AuditLog.log() methods will enable modders to add custom audit logging to their code.

In coming releases, this feature will be leveraged by more and more of the core code base, eventually bringing it all inline.

The first provides access to several ant tasks designed to make the creating and packaging of mods as simple as running a single command and an example build script designed to illustrate the various options available for configuring a mod build.

Look for more examples here in the future, as well as the eventual migration of all of the core mods to their own github repositories. Hopefully this will provide enough examples and information to allow modders to hit the ground running with developing custom mods for Lugdunon.


Other Changes of Note

If you are playing on a computer that has both keyboard / mouse and touchscreen inputs, a dialog will now prompt you to choose your desired input method: 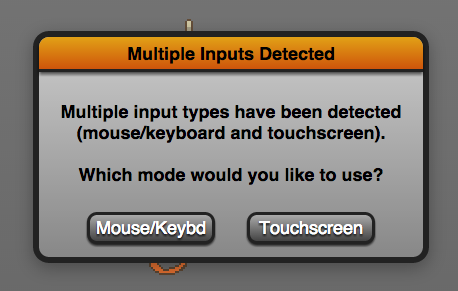 As always, the full change log for 0.7.1 is available here.