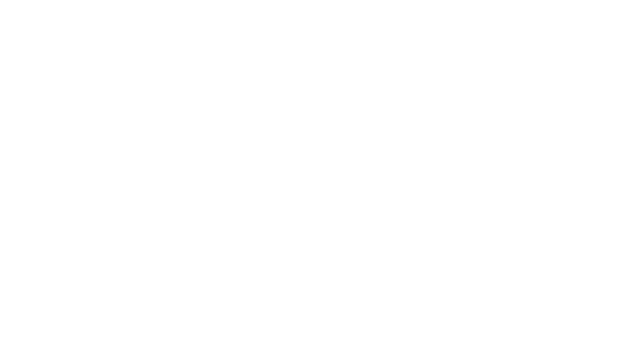 A note from ‘Synthesis Futuristics’ suggests that you are part of a scientific study, and the procedure may have left you feeling disorientated and with short term memory loss.Further investigation of your surroundings reveals the existence of a mysterious ‘Project Light’ and leads you to the conclusion that all is not well. You must search for the answers that will help you piece together the fragmented memories of your past.
Featuring stylised graphics and a compelling soundtrack, Light is a minimalist stealth infiltration game with a strong narrative that drives the action.Use stealth skills to sneak past guards and avoid the gaze of on looking cameras, as you search the environment for the intel that will help you piece together the events of your past.
Post article RSS Articles 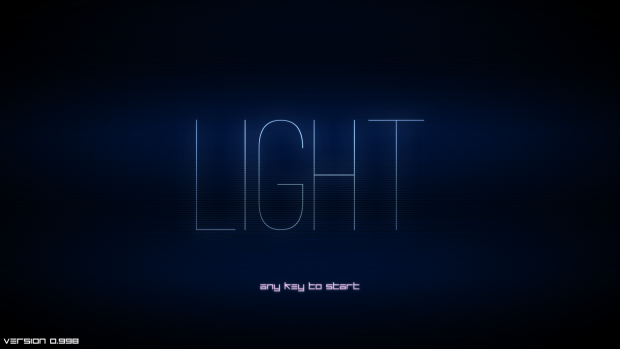 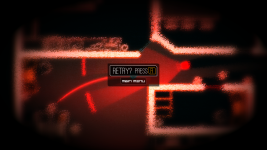 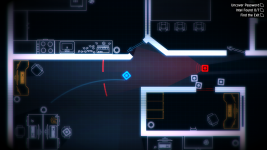 This year we attended EGX Rezzed with Team 17, what a great experience that was for us! It was the first time we had put LIGHT into the hands of the public (and the first time anyone had played externally since we put the prototype out in August).

From that we had gained so much feedback it has really helped us push the game forward, we've added colour-blind friendly colours into the game (something we had intended to do, but hadn't had anyone we could test it with), changed the hacking mechanics to be more user friendly, rebalanced the levels so the difficulty curve isn't all over the place and added visual cues to the environment to aid in player exploration (along with a bunch of smaller changes!).

LIGHT has developed quite a bit since the prototype we had originally produced in September last year, but we feel we have kept quite true to the initial style.

We've put two photos together so you can see the difference. The photo on the left is from the first official demonstration of the game working (September 23rd I believe) and the image on the right is from today's build in one of our office levels. 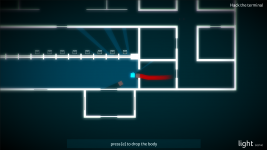 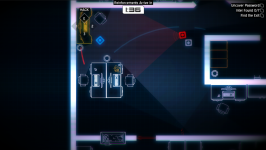 Let us know any thoughts you have! We love feedback :)

As always, if you have any questions please send us a tweet to @JustaPixelGames and we will get in touch!

Thank you,
Just a Pixel

Amazing news! We can now reveal our mystery benefactor is Team17! Team17 recently revealed their plans to re-enter the third-party publishing arena and...

What a roller coaster the past few months have been! From a prototype, to a Kickstarter, hiring our first staff member and Steam Greenlight at 99%.

Light is now on Kickstarter!

After about 60 takes, we shyly launched Light's Kickstarter campaign. We are now working on a new level: we managed to get the blueprints of last year's...

Over 5005 Yes votes, a great quote from Mike Bithell about Light and how we plan to fund further development of Light.

Please remember that this build is a VERY early prototype, missing multiple features that we are in the process of implementing. We need your feedback...

Please remember that this build is a VERY early prototype, missing multiple features that we are in the process of implementing. We need your feedback...

Hello everyone, thank you so much for your support. Light has now been Greenlit by the community and we expect to release the full game in 2014.

Feel free to follow our progress and talk to us by checking out
Our Twitter - Twitter.com
Our website - Lightthegame.com and Justapixel.co.uk
Our Steam Greenlight page Steamcommunity.com

I keep defaulting to the escape key for leaving the hacking menu. Otherwise learning not to melee has been of utmost importance.

I made a first impressions on light :)

Where do I get this?