Hike out into the great unknown; explore the cool, the strange, the weird. Hunt for food, keep yourself alive, and set up camp when you want a new base of operations. Build a fire to keep your exposure levels in check, and pitch a tent to save your progress. Fun and relaxing! To start, there will be 3 fine parks for you to camp: a Temperate Forest, a Rain Shadowed Desert, and an Arctic Tundra. 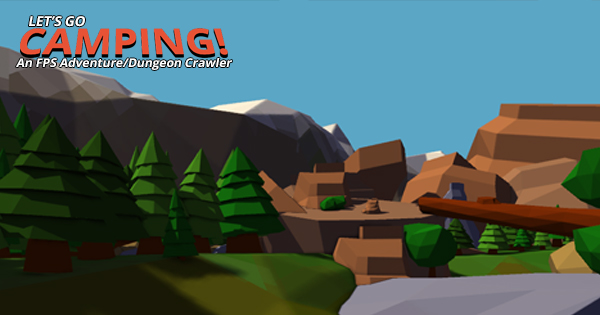 In Let's Go Camping!, caves, dungeons, and temples are everywhere. Most are randomly generated, full of monsters, death traps, and shiny loot. Temples will offer you a hand-crafted thinking man’s challenge, while the smaller caves and such will require fast feet and even faster arrows. Dungeons will be absolutely unforgiving, and only sharp reflexes and wit will keep you alive. 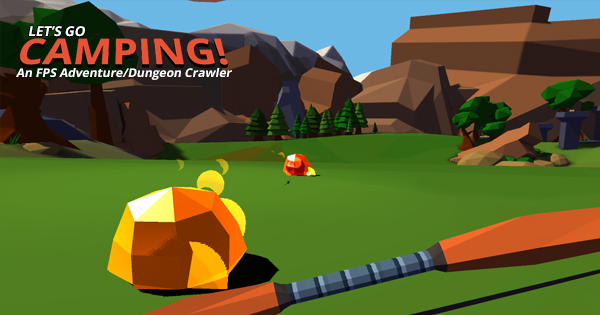 Find unique items that change the way you play. Unlock hidden treasures that lead you to more hidden treasures! Enhance your camping gear with fresh new forms and functions with stuff that previous campers, uh, might have left behind. Or perhaps a shiny monster-slaying magic weapon is more your brand? Start your hike off right with an archery kit as the main and default weapon. How far back you draw is how far you shoot! Arrows stick and stay where you shoot them. Shoot anything that moves, or looks at you funny. I mean, it’s your bow and arrows, so you can shoot whatever you want, whenever you want (we’re not the boss of you!) Heads up though, some monsters don’t notice if you shoot them with just any ol’ arrow, they may require something with a little more… fire. (or ice, or poison, or magic, or whatever other crazy thing we might come up with!) 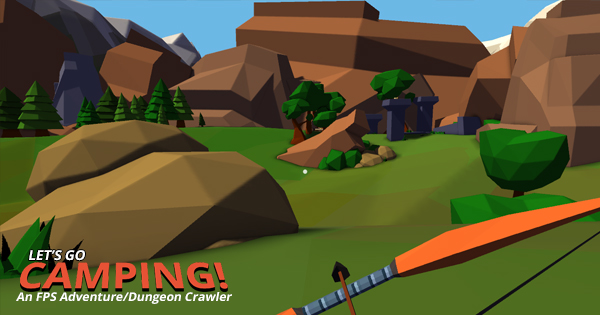 Things happen out there, and you caused it. Shoot trees, chase rabbits, and mess around with everything you find. You never know what will happen until you push all the buttons, pull all the levers, open up all the treasure chests, and destroy all the meanie head monsters. Unlock the mysteries of long-lost civilizations with a narrative told between the lines. Just fuzzy enough for you to draw your own conclusions. There’s no pre-determined player character archetype or backstory, you are who you say you are, with no references to age, sex, race, or religion. Just you and your imagination. 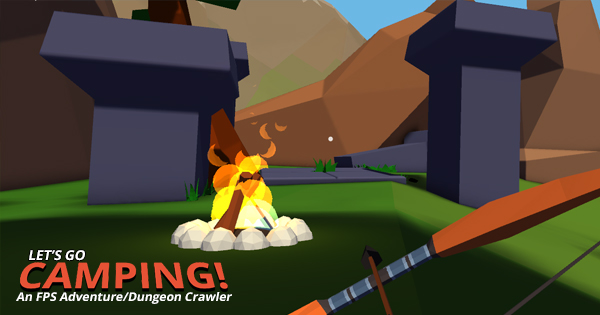 High fidelity flatshaded 3D graphics with modern bloom, occlusion, and global illumination techniques that make you feel part of the world! In an effort to cram as much charm and polish into our game, we've elected to go with a minimalist lowpoly style. With hand crafted animations and stylings, this game will be a living, breathing work of neo-retro 3D art; and you’re invited to go camping right inside of it. 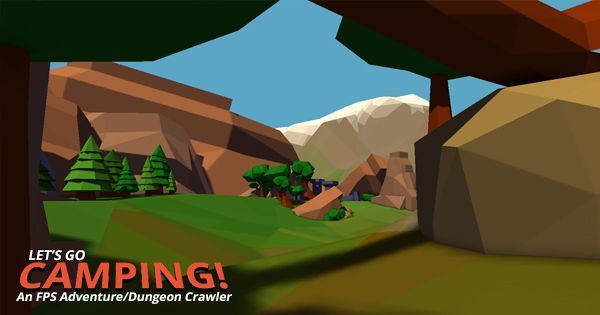 One of the things you’ll quickly discover while camping is how silly things can get out there. One day you’re face to face with a typical green slimy Glob mob, and the next you're being chased across the tundra by an elite Polar Bear Warrior with dual popsicle swords! There’s a place for everything, and everything has its place. Just sometimes the place is a bit... off...


First of all, allow us to thank everyone for voting on Steam Greenlight! We're over 82% of the way to the top and we're still rocking it with some insane velocity.

Our Kickstarter is wrapping up this week, so don't forget to swing by to check it out, become a valued backer, hear more about our story, and to learn more about the game itself.

Without further ado, here is the Extended Look Gameplay video on Youtube (also up here in the Let's Go Camping indieDB video section).

Now Up for Vote on Steam Greenlight + New Trailer

Let's Go Camping! is up for your viewing and voting pleasure on Steam Greenlight, along with a new trailer.

Interviews with the Developers

glad to see this project is still in development, was pretty sad and confused it failed the kickstarter, hope to play one day!

I like the gameplay of the game and it is a great concept. The graphics however look really old (like from games made during the early 20's when 3D was first becoming popular). I am sure you can make it work and I hope the gameplay will counter this factor.

Looking forward to it overall and I think this will be a game I will be looking for in the future. Keep up the good work.

IMO the artstyle is amazing and it's one of the things that dragged me the attention to this game, even though the gameplay also seems pretty good, plus, it doesn't look like a game made in the early 20's, lighting is a big factor in this art style and it seems like they're doing it right

When do you think you will have an alpha version available? Looking forward to some new gameplay! :D

If we get funded, we should have a pretty full alpha/beta ready in 2015.

It is unbelievable that you did this in 3 months.
Can not wait to play it.
Good Luck!

Wow. This game looks and sounds amazing. Have you been thinking about the business model of this? And do you have a list of system reqs?

Also, to get onto your site under the testamonial-esque thing..
OMG dis r teh booms + arrows !!!!

Thank you! Business model is the regular ol' direct sales to consumer via the internet. No trickery, or nickel and dime'n, just a nice game you can buy at a reasonable price.

We do not have final system requirements at this time, but if you can run other Unity based games, you should have no problems running this one. It currently runs at 60 FPS on a computer I last updated in 2009.

The testimonial section is changing up soon to be a small blurb about the devs (sorry!), but we love your enthusiasm! Please tweet a link to the project, or share it wherever you like sharing ideas, and we'd be truly in your debt!

Also, the GIFs (Or whatever they are, the short videos) look really good. I really like how you can place tents and fires into the world instead of making it out of blocks (Ahem)

CHAOS: In the Darkness Roguelike