After nearly 2 years of development I'm proudly happy to show off the final result. It has been a great adventure for me and finally the release day has come, OMG!! Countless suggestions and ideas hit my mailbox... unfortunately not everything made it into the game. But I've collected heavy stuff for a sequel that I would be more than glad to work on. I've arranged a short trailer to promote the game:

The best from this experience was to meet many people from different cultures that shared their passion on politics. We had great discussions on discord and thanks to the constant growing comunity it happened that the game supports now up to 14 languages. Amazing!! 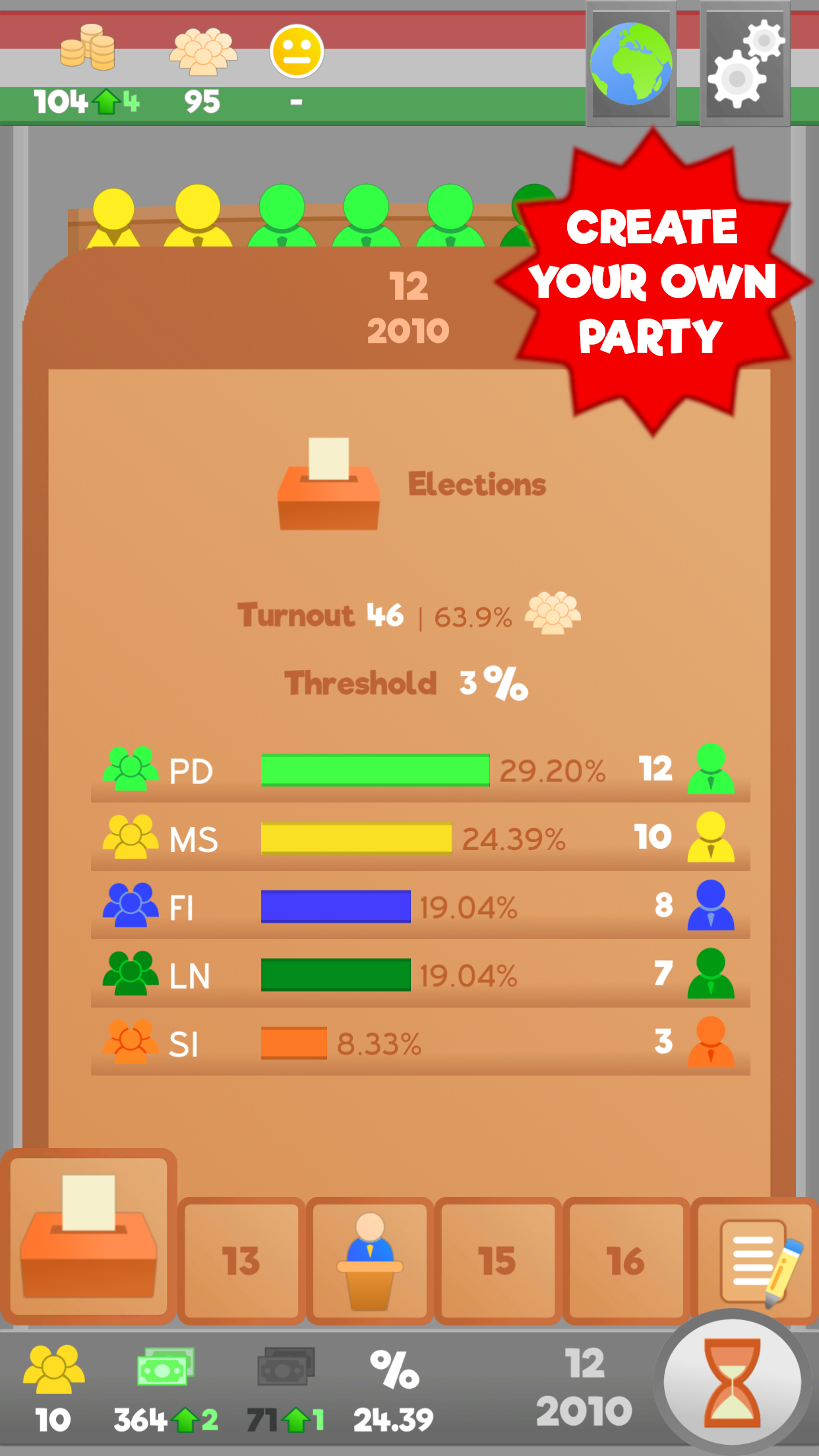 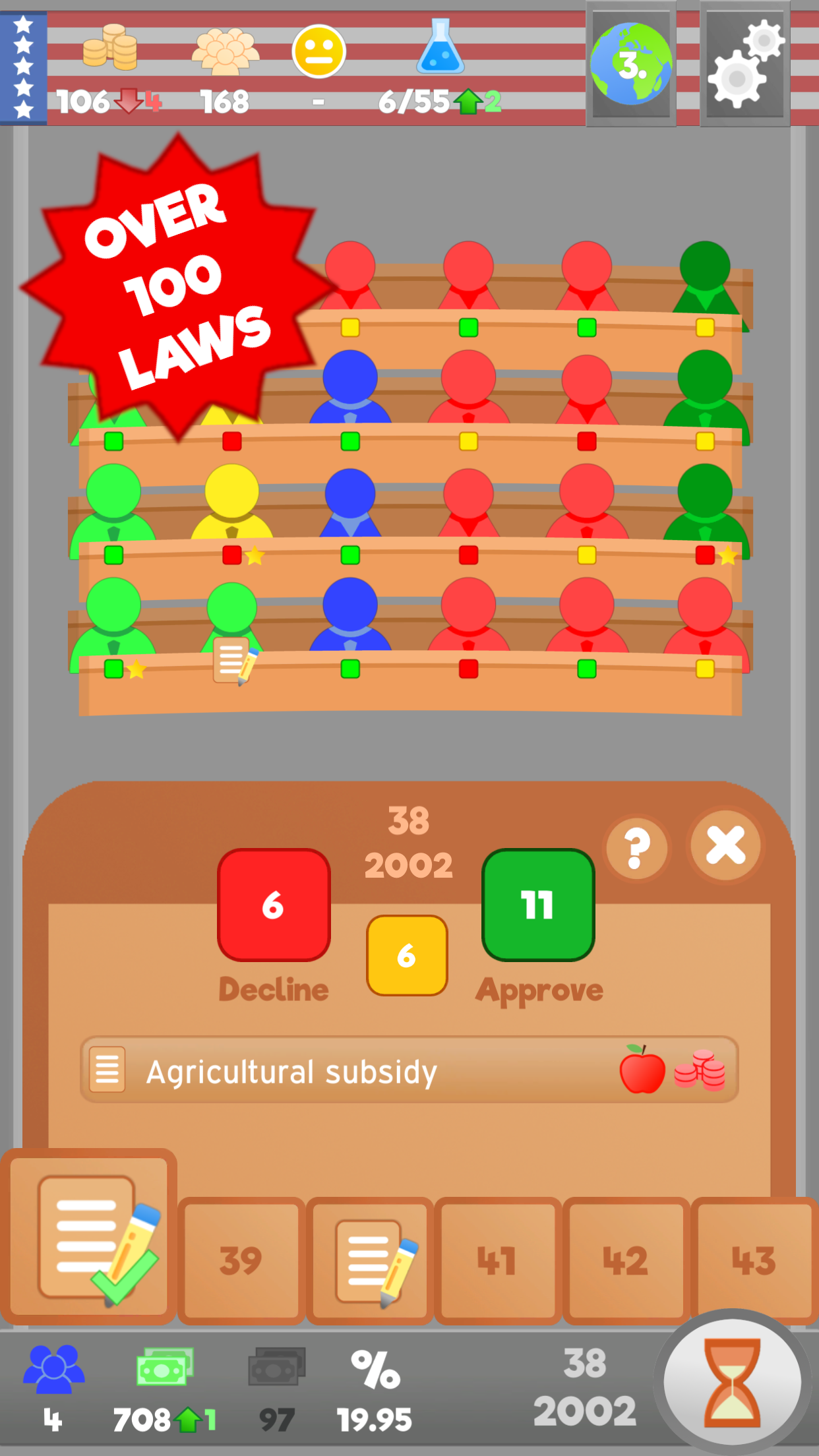 We hit a milestone today, but that doesn't mean there won't be more updates to the game. I'm actually at work on update 1.1 which will for sure have at least 2 new playable countries. So stay tuned! 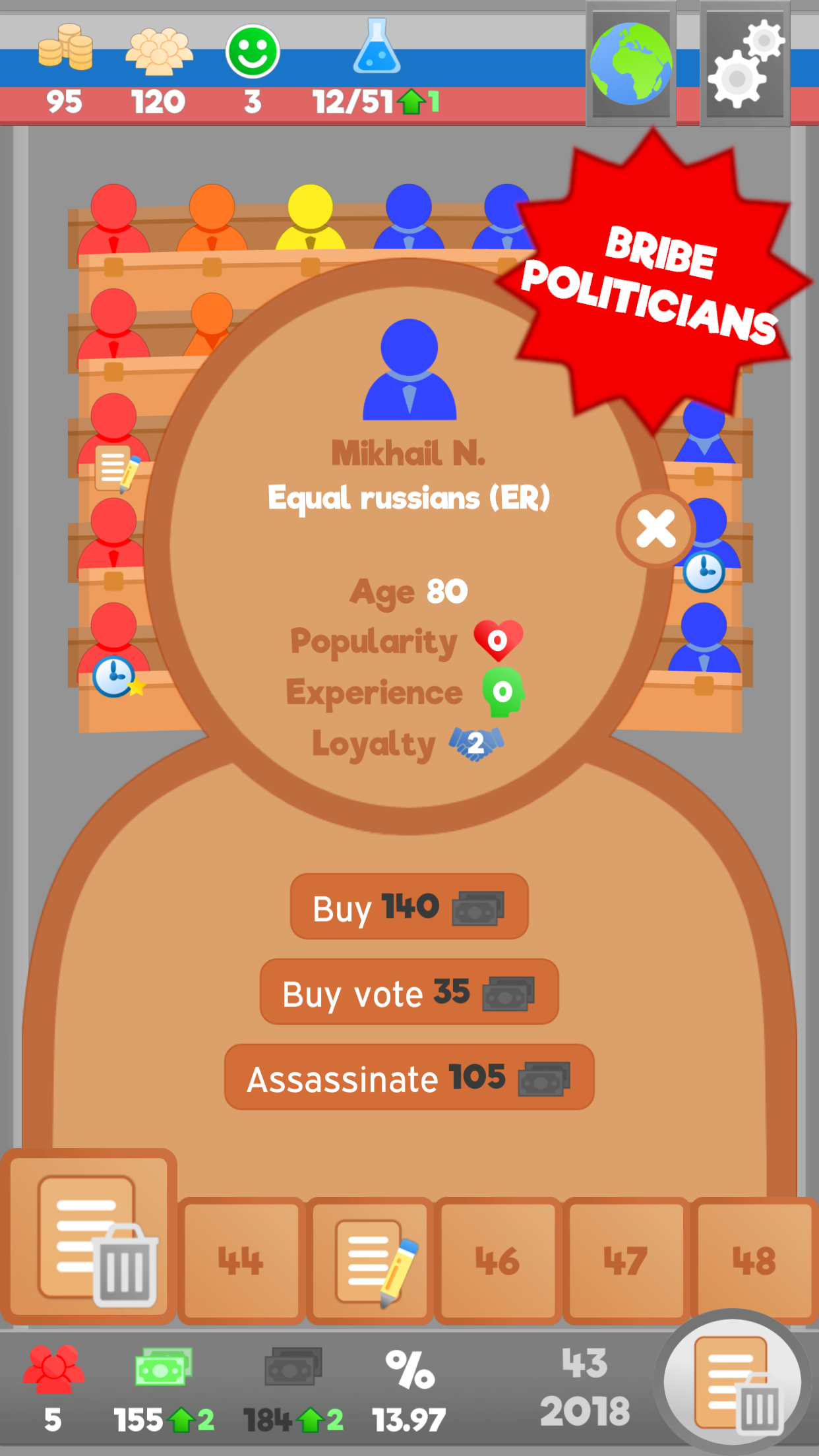 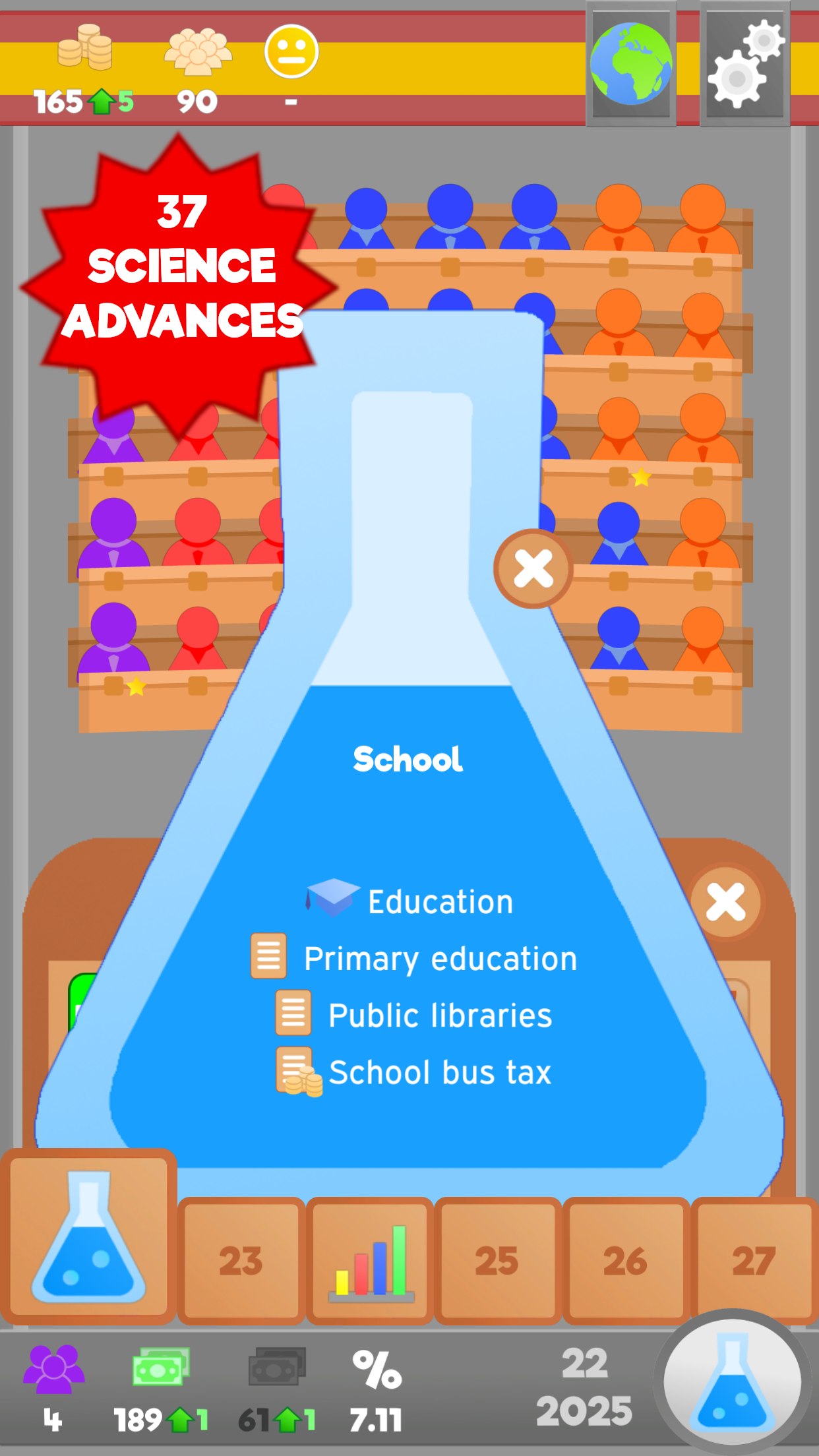 Looking forward to have the game available on the amazon app store too and later even on steam. Thanks to all guys who stand by me all time. Don't worry, the adventure continues :D

Even through the crowdfunding campaign for iOS port failed, I will manage somehow to release for iOS.

The crowdfunding campaign to port the game for iOS devices and finish the most requested features has been launched!!

Laws of Civilization is a turn-based simulation about politics. Find out what's new in the latest release!!

New features and latest changes to Laws of Civilization.

Great game, but you should allow parties to be dissestablished over time and succeeded by new parties, rather than having the establishment of several similar parties. Another idea is historical parties, based on when you start the game.

Playing the demo, noticed some of the members have stars under them. What exactly does this mean? I can't find an explanation in-game, but maybe I missed it.

The members with the stars are the leader of the parties :)

Hello Damian. First of all, great game, perfect for what I was looking for, 5 stars. Just a couple of things I wish were in the game:

Hi, thank you for your suggestions and support! I can't promise to fulfill your wishes, but I'm collecting many ideas for a sequel :)

This is an awesome game and I love playing it! I was wondering if you can possibly work on the following?: 1) More Lawmakers? 2) The ability to form formal coalitions? 3) The ability to have your own leadership contests?

Again this is a great game and can only get better! Thanks!

It increases that amount of parliamentarians ... 40 is a little too much ... 50 would be very good, since 100 would be an exacerbated number.

Race To Mars Turn Based Strategy

The City Must Grow Turn Based Strategy