Lantern of Worlds - Eastwind is a storytelling and adventure game for all ages. This is the demo of the game. The game is currently in early development, and the game will be much improved in it's later stages. Lantern of Worlds - Eastwind tells the story of the island of Eastwind, where every four years, the Eastwind Heroics are held. A great tournament, open to all heroes, to rid the island of monsters and villains that mysteriously appear every four years without a clear origin. But this year, the heroics are different. The monsters seem stronger and more numerous than ever before, and strange powers seem to be at work to hinder and thwart the efforts of the heroes at every turn. Find the origin of the monsters and the source of the strange powers, and set Eastwind free once and for all!

The first demo for the game Lantern of Worlds - Eastwind. 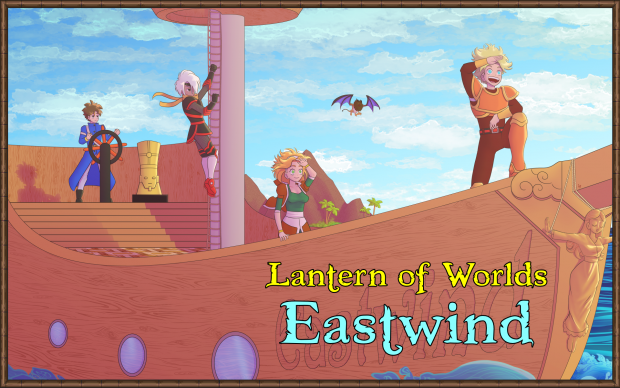