Knock on the Coffin Lid

During the game, the main character has a path on which he will always face a hard choice: which way to the main goal will be the right one? Help the dwarves to destroy the elven idol or pass by? Could you trust a huge orc? Do I even need such a card in my deck?

The choice, as well as all consequences it leads, depends only on you!

that can benefit you, or seriously complicate the rest of the game

More than 150 unique items of equipment that directly affect the gameplay.

- 4 biomes with their own unique inhabitants and conflicts

- More than 150 cards are available for building a deck. Make your personal, unique playstyle!

- Over 50 regular and 20 elite opponents 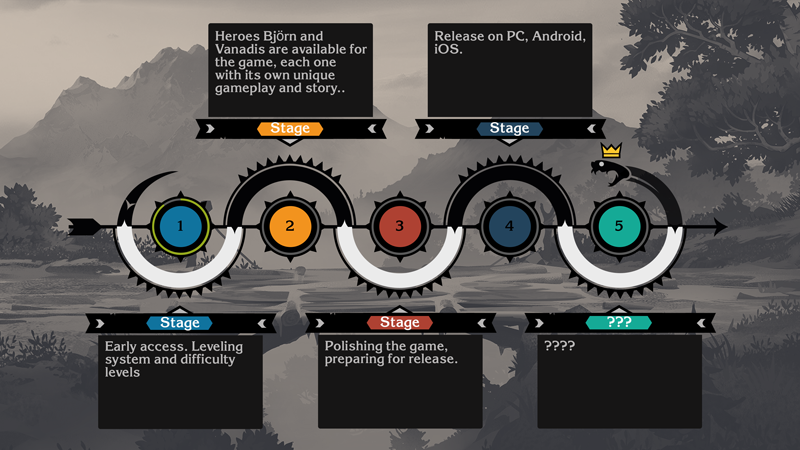 We truly hope you having a lot of fun exploring our game.

First of all, we would like to say that most patches will be released weekly on Wednesdays at lunchtime. We will try to release critical bug fixes as soon as possible.

Road map:
Stable work and balance adjustment at this stage is our top priority. We will work on the main content for the game in parallel just as planned.

Some of the plans:

And even more things that have not listed above.

Difficulty.
Knock on the coffin lid was conceived as a hardcore game, which requires time to master to complete. We will carefully approach the issue of balance and in this matter we will rely on statistics and your feedback. Since the game is full of different mechanics, enemies and combinations, unfair things are inevitable, but we will do our best to fix them.
Cards and items:
Once a week we will take the most rarely used cards and items and rework them if there is an objective need for this.
Enemies:
We want the enemies to become a real challenge for the players, but this challenge shouldn't feel as unbalanced. Because of that, we will take a closer look the deadliest battles for our players and the fights that cause the most disputes.

If any aspect of the game feels unfair or broken, share your thoughts with us through the Steam community and our Discord channel.

Thank you for your concern and support.
- Redboon studio

Played and really enjoy it!! Keep up the great work!! CIAO

Indie
Twitter
Tags
Embed Buttons
Link to Knock on the Coffin Lid by selecting a button and using the embed code provided more...