Klepto is a VR supported sandbox burglary simulation game featuring a criminal career progression from an amateur thief to high-tech professional. Players will leverage a variety of tools, disguises and hacking techniques to “strategically acquire” assets throughout sandbox neighborhood environments.

For more details, visit us on Steam Greenlight

Klepto, the self-described "burglary simulator" from developer Meerkat Gaming, has a new playable demo on its Steam page. Made for the HTC Vive and Oculus Rift, Klepto puts you in a sandbox neighbourhood where you can explore surrounding abodes and choose a house to burglarise.

You'll engage in all manner of breaking-and-entering activities, like lockpicking, breaking through glass windows, and disabling alarm systems. Once inside, you'll want to crack safes, remove expensive paintings from the wall, and snatch anything valuable that isn't nailed down. 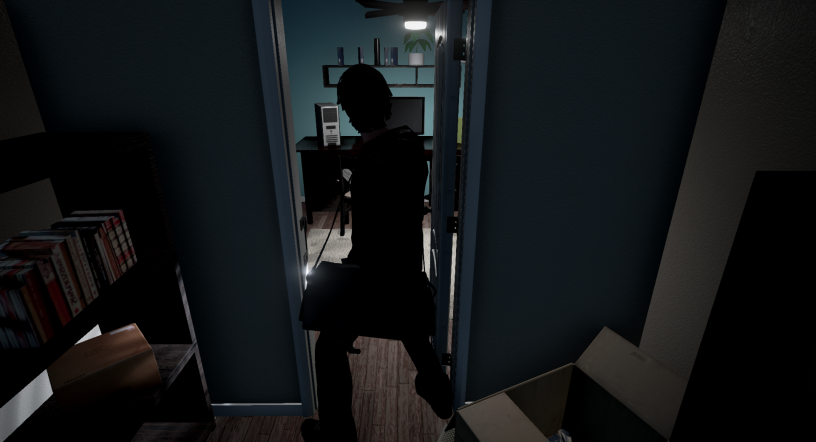 Interestingly, Klepto also includes two types of multiplayer mode: co-operative burglary, and a competitive Cops vs Robbers scenario that sees other players taking on a more lawful role. Considering how alarm systems can go off if you fail to disable them properly, it could lead to interesting situations where you know you only have so much time before one of those player-cops makes it across the sandbox neighbourhood to the house you're trying to pilfer from.

Klepto is still in Steam Early Access, and the developer estimates it needs another year of work before it's done. Give it a go and see if it tickles any actual kleptomaniacal urges.

If you didn't already see, we just launched our Steam Greenlight campaign this morning. Be sure to cast a vote and help us get Klepto greenlit. Steamcommunity.com

Thanks, TyrannoByte! We will be posting some new videos with the launch of our Steam Greenlight campaign this Friday (9/4). Be sure to check them out.

the cops won't get me :D well, the first day probably cause I will be a noob playing klepto :D