Klank’s Story is a 2D story-oriented adventure/puzzle game filled with pop culture references, countless creatures, nasty Ogres and hidden gems. Run, jump, climb and swing as you find magic-imbued gems, solve puzzles and evade or tackle enemies while you explore the vast lands of Oni World. Stroll around the ruins of previous civilisations, trudge through the swamps and black bayous or talk to the locals to discover hidden secrets. Welcome to Oni World, we hope you never leave.

Why?
Oni Works was set up as the games company who would be making Oni World related games, the flag ship title of which is called Klank’s Story.

While the plan is to still work on and release that game, with all the attention and love we can humanly give it, it doesn’t deter from the fact that we like making games of varying style and finish, or that we have little ideas that aren’t suited to the Oni World IP. As such, Oni Works will be releasing small and fun games along the way as we work on the bigger project of Klank’s Story. The idea isn’t to distract ourselves from that main goal, but to experiment, test ideas and styles, and so that we can better serve our flag ship game. 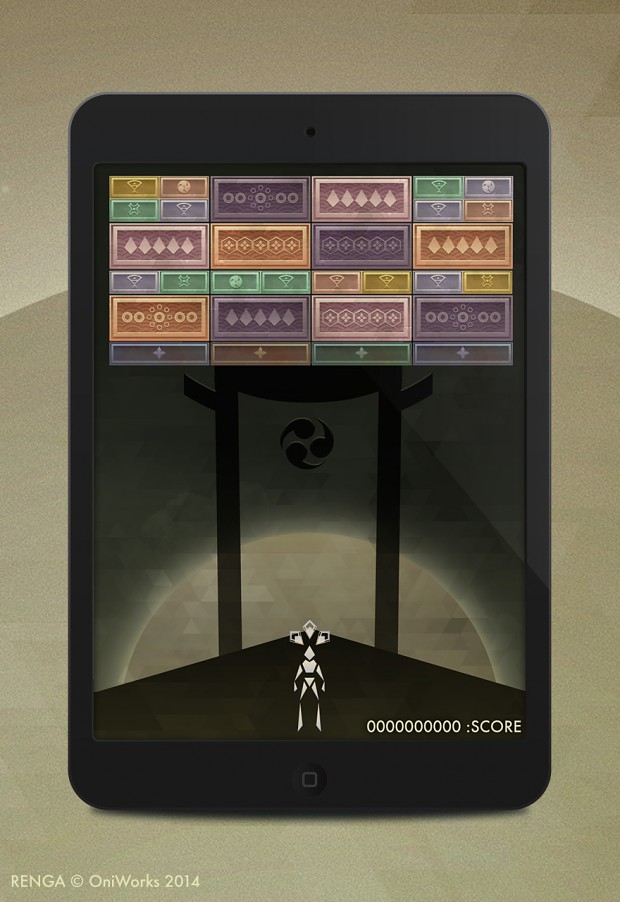 Although work begun on a small game a while ago called Oni Match (which is on hold but will be completed and released in time), we’ve discussed a few more game ideas we’re going to work on and produce for you guys.The first game we’re officially announcing is RENGA.

About
RENGA is a throwback to classical arcade games such as Breakout and Space Invaders. It is simple and intiutive to play. You have to shoot and destroy each block while avoiding being shot at. If you're shot 3 times or more, then it's game over. The idea is to get the highest score possible by surviving as long as possible, with increasing difficulty. RENGA will be available for iOS and Android free of charge, and possibly more platforms in the future. 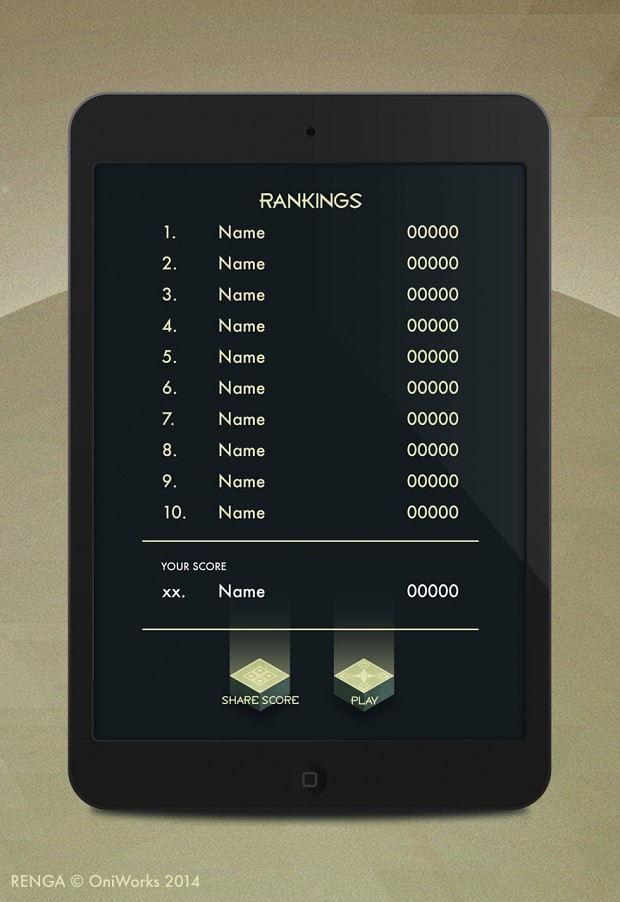 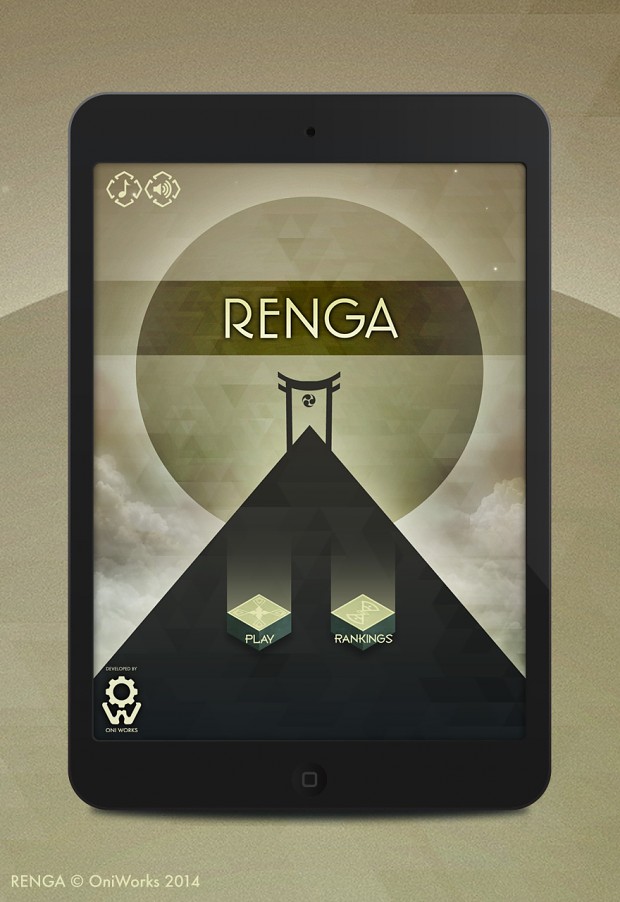 Origin
RENGA started life some 12 or more years ago, when Lloyd was making gmaes with a tool called "The Games Factory". Among many other simple little games, Lloyd designed a game called "SpaceBlast" which is described as being the bastard child of Space Invaders and Breakout.
After digging through an old hard drive and finding the game, we played it and we both loved it. We saw potential, so we began reskinning and redesigning the game. We decided that everyone should be able to experience a bit of our childhood, so we decided to also release RENGA on as many platforms as possible, for free.
RENGA will be widely released within the coming months.

It's been almost 2 weeks since our last update, but not to worry - we've been busy! Lloyd has been hard at work on drawing nearly 100 assets for me to...

he past week has been pretty good in terms of development. I've mainly been working on some gimmicks and optimisations, such as the fluid physics and...

So alongside some major improvements in the editor and an iPad port of the game working, Lloyd has been working on some artwork...

So the past few weeks I've been working on the engine's editor. After many trials and tribulations, it's finally coming together! Lloyd and I will be...

I wait hopefull for the download, even it is a pre-alpha, I really wowld like to play it