The main goal of the game is to retrieve rare crystals that have been stolen from a generator that powers a hospital. To do this you will have to travel across various planets and hunt down those crystals.

KitBit Vela is currently in Alpha and expected to be released in Q3 2016.

Hey Everyone, I've finally been able to release KitBit Vela and it's Soundtrack, I apologize for it being late but hopefully the extra time has made the game a little better. I would be very appreciative if you gave it a go and let me know what you think.

The Game and Soundtrack Bundle: Itch.io 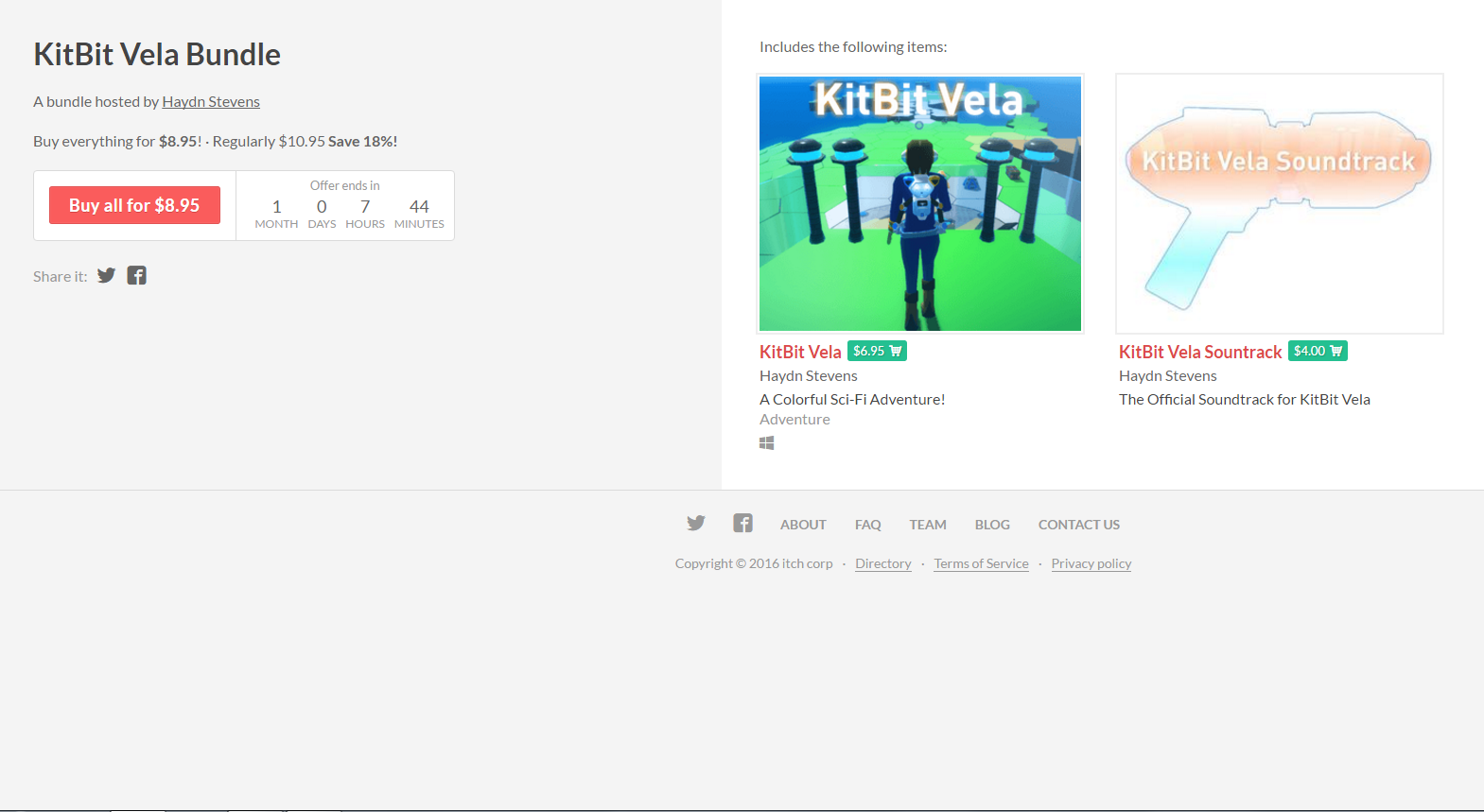 Once again I hope you enjoy the game and feel free to leave feedback.

KitBit Vela is now on steam greenlight. please vote for it if you would like to see it on steam. thank you!

For those curious I'm still working hard on KitBit Vela...

Got all the upgrades and silhouettes of all 16 weapons done, nothing to much to show because it was mostly coding.

Been working on a bunch of code, visual effects and particle effects this week so I only have a few pics, being 3 of the Tier 4 weapons: