Post news RSS Separating the Men from the Boys

Since releasing the Johnny Outlaw prototype to the public, there have been cries for "different levels of difficulty". Cries to "make the game easier". Now, difficulty was far from my mind at the time. I was just hoping the darn thing installed. But now at long last I have an answer for all of you craving easiness and gentle learning curves.

And that answer is this, the next great patent-pending revolution in gaming: Boy Mode and Man Mode: 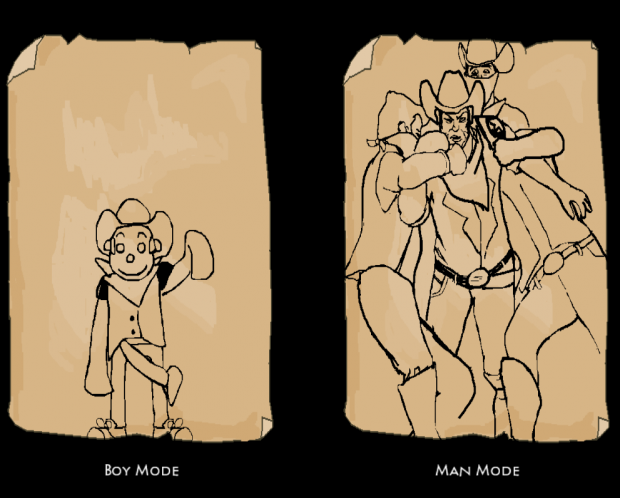 Boy Mode and Man Mode, at a fundamental level, resemble traditional "difficulty levels", but at a philosophical level, they are a different beast altogether.

Boy mode is for little baby boys who need their mommies to click the mouse for them. Man mode is for full grown men who believe in grit and determination, and complete any task they set out to do.

Boy mode isn't about making the game easier for the player, although it certainly will do that. Boy mode is about shaming the weak player. It is about making him constantly aware that two roads diverged at the Johnny Outlaw start screen and he took the road made for boys.

Why would I do this? Simple. Difficult games build character. Gamers these days are being denied "character" in exchange for an inflated sense of self worth and a lifetime of healthier confidence. And it disgusts me. With Boy mode, we can lure in the weak, who would otherwise be put off by the concept of hard work. Through relentless, crippling shame, these "boys" just might seek their own betterment. 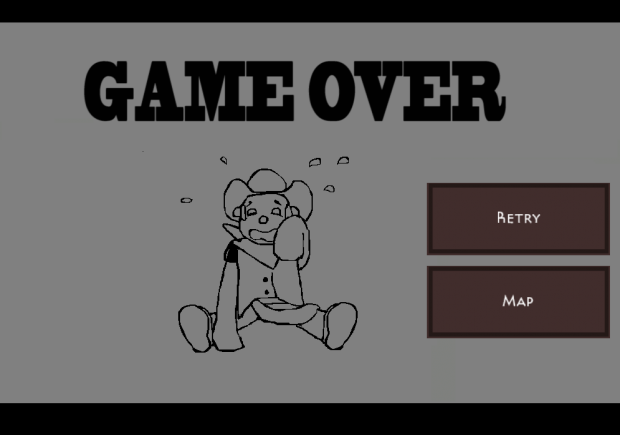 It's not about breaking people down. It's not even about building them up. It's about letting them build themselves up. See, what's important is the subtle implication that a boy can hope to become a man. And even more important than that is the implication that becoming a man doesn't make you special or good. Every boy is expected to become a man. All it means is that you weren't a disappointment. And that is the experience I want to give every gamer. I want them to know that at the end of the day, as long as they completed Johnny Outlaw's Man mode, they were not a disappointment.

Clicked this article by mistake, but the first sentence already tied my attention and after reading the article, I have to say I love your approach. Kids are feeling like real men when they jump around, spray and pray in MW2, then go to Minecraft and **** their pants when they see a creeper.

Tracking. Good luck with the game!

What a great idea! Love it.